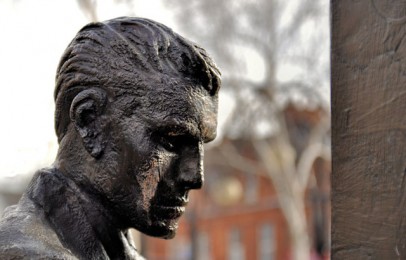 C. S. Lewis was not always a Christian. He was still an atheist when, in 1925, he first questioned evolution. He knew its claims, from unguided selection through the development of man, strained logic. He would make his final break when he realized how dogmatic and even totalitarian evolutionists can be.

Charles Darwin described natural selection as the engine of evolution. Natural selection, said Darwin, proceeds with no guidance, no design, and no conscious intent. It brings results by removing anything from a life form that makes it less likely to survive.

But fellow scientists, like Henri Bergson (Creative Evolution), saw something wrong with that idea early. How, asked Bergson, could natural selection add something positive, something that enhanced survival, to a life form that did not already have it? Why should a series of happy accidents lead inevitably to the same result, though they started from many different points?

As this documentary relates, C. S. Lewis took Bergson’s objection to heart. And he answered Bergson’s question: natural selection cannot add anything positive that the life form does not already have. Natural selection is like a non-creative editor. It deletes information; it cannot write information.

Second question: the mind of man 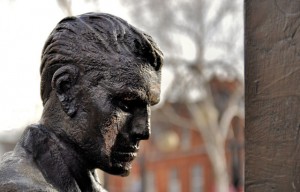 C. S. Lewis had another problem, one that G. K. Chesterton (The Everlasting Man) put in sharp focus. How can natural selection produce the mind of man? Darwin, in The Descent of Man, tried to answer this. It did not satisfy Lewis. That might be because, in Descent, Darwin tried to explain man in terms of other animals. As Chesterton points out, man is no evolutionary result. He is a revolution in the development of life. The human mind cannot result from the mere deletions of natural selection.

Sir Arthur Balfour (yes, that Balfour, the Zion Declarant, no less), in Theism and Humanism, pointed out that beauty, and our ability to appreciate it, can be no accident, and all knowledge must be rational. Here is a central irony that C. S. Lewis saw, but evolutionists missed, and still miss. If the mind of man is an accident, then so is human reason. And therefore no one can trust human logic. So those who “have no God but reason,” destroy the foundations of reason itself. C. S. Lewis knew this. And furthermore, Charles Darwin knew it, and C. S. Lewis knew that he knew. Lewis underlined parts of Darwin’s autobiography in which Darwin himself doubts whether anyone can trust human reason.

“A code of values [that one accepts by choice] is a code of morality.” So Ayn Rand (Atlas Shrugged) would say. But decades earlier, C. S. Lewis knew that evolution could not account for morality. The same accidents that produced moral values, would produce the immoral “anti-values” by which a thief or a murderer would act. And who could say that one was right and the other wrong? (Thus the thief or murderer is often the most honest, or straightforward, moral agent. Lewis never said so, but no evolutionist will admit that.)

None of these three questions, either by itself or with all the rest, was enough to make C. S. Lewis reject evolution out-of-hand. But his friend Robert Acqworth observed, and shared with Lewis, the one thing that did. Acqworth found that those who propound evolution, are as dogmatic as any religionist can be. (The word dogma is Greek for “a given,” something one takes without question.) This attitude caused Lewis to call evolution

the central and radical lie in the whole web of falsehood that now governs our lives.

Lewis noticed what any creation advocate can see. Attack evolution, and those who defend it accuse you of attacking science qua science. Lewis thought scientists should take critical questions about their theories. That is how science corrects its own errors. Or at least, that is how science should work. But the attitude of many who claim to speak in the name of science, is not only dogmatic but authoritarian, totalitarian, and even paranoid. And nowhere does this attitude show itself more strongly than in the defense of evolution.

C. S. Lewis always hoped that scientists themselves would want to rescue their profession from such blind dogma. Sadly, those of us who propound the creation model must dash his hope. Clearly, evolutionists today have not learned that lesson. Indeed, Paul of Tarsus (see II Timothy 3:1-5 and 4:1-5) and Peter of Galilee (see II Peter 3:3-5) warned that such people never would.