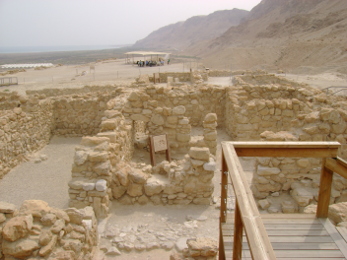 This morning, another type of creation advocate sent me a message at the domain of the Creation Science Hall of Fame. Some advocates choose not to dispute the conventional wisdom that the earth is old. However old the earth might be, they say, is still not long enough for evolution to take place unless God guided it. Opposed to this “old earth” view is the “young earth” view: that the earth is not nearly so old as conventional scientists insist.

Greg Neyman holds to the old earth view. He began a ministry, that he called Answers in Creation, but now calls Old Earth Ministries. (Obviously he must distinguish his ministry from Ken Ham’s Answers in Genesis.) This morning he wrote:

A reasonable question demands a reasonable answer. Here is that answer.

Greg Neyman thinks it does. In this article he tries to answer that question directly:

The Bible does not say, “Thou shalt believe in a young earth.” The fact is, no verse in the Bible makes any claims as to the age of the earth. All the so-called verses that young earth proponents point to can be interpreted by the reader to mean old or young. Also, the key doctrines of the Bible are not affected by either interpretation.

But how? Neyman goes on to say:

But where is his evidence? In fact, all his evidence comes from conventional, uniformitarian geology. He assumes the earth is 4.5 billion years old, only because conventional scientists told him it was. And he never held converse with any scientist smart enough to show him any different. He is honest enough to admit that radiometric dating techniques do not always yield the right answer. He insists that the full body of dating evidence supports an old earth. Other articles on his site discuss how fast a stratum can form, and whether the remnants of red blood cells in a Tyrannosaurus rex fossil show that it’s fresh. (That’s not to say that Answers in Genesis, for example, cannot give back as good as he sends. See their article about the Cretaceous or “Chalk” Stratum.)

But the body of Greg Neyman’s work has the same flaw he says he finds in young earth work. To wit: he refuses to accept either a young earth, or that the most violent event the earth has ever known happened far more recently than he might find comfortable to contemplate. So he accuses young earth advocates of refusing to accept an old earth.

Greg Neyman has a weak argument because he has never looked into the question beyond the obvious sources. All he seems to know about young earth creation advocacy, comes from the two largest young earth ministries. They are Answers in Genesis and Creation Ministries International. As comprehensive as they are, they don’t hold all the evidence for a young earth, either separately or between them. This is why the Creation Science Hall of Fame exists: to show people all the other young earth creation ministries and laboratories around the world.

One such ministry is Walter T. Brown’s Center for Scientific Creation. If Greg Neyman were to visit that site, he would learn all about why radiometric dating gives the wrong answer for the age of the earth. He would learn the most detailed theory that any young earth advocate has ever advanced for where radioactive elements on earth came from. That lesson would also solve the carbon dating problem: Walt Brown shows that the vast amount of carbon-14 on earth did not all come from cosmic rays, but instead from cluster decay of the newly formed deposits of uranium, thorium, and so on. And he would also learn how the Global Flood played out, and where all that chalk (and all that limestone) came from.

This is the best example that the Creation Science Hall of Fame knows about, but is not the only one.

Young earth advocates have a problem, too. Sadly, they often work at cross purposes. And never have all young earth creation scientists decided to work together, and build academies that could compete with conventional university departments in advancing a world view. The Creation Science Hall of Fame hopes that, someday, enough young earth workers, workers of courage, will do just that. (That is, if the Lord tarries. But that’s off-topic here.)

What does the Bible say? 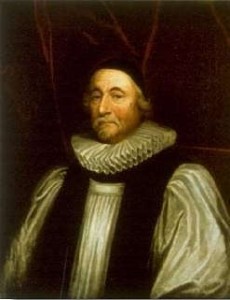 Greg Neyman insists that the Bible never says how old the earth is. But the Bible is an assembly of family annals and king lists, and sometimes defines large historical intervals. And one can find the year of the creation of the earth by totting up those intervals, along with various patriarchal ages and lengths of reign.

This table shows eight different ways to calculate the age of the earth from:

The best anchor event, when Nebuchadnezzar II died, fell on 562 BC. Working backwards in time from that event, one finds that the world began in one of eight years BC from 3899 BC (the most recent) to 4219 BC (the furthest in the past).

So the Bible, if you read Genesis literally, does say the earth is only 6000 years old (give or take two hundred or so). It does not say that in a simple sentence. But it implies that from the other records it holds.

What is the old earth mistake?

Old earth advocates make this key mistake: they want conventional science to interpret Scripture. They should let Scripture interpret Scripture, as young earth advocates do. To interpret Genesis chapters 1-11 in light of conventional “dating” is to make as great an error as Paul of Tarsus criticized the Corinthians for (chapter 6). Recall what those Corinthians did: they laid doctrinal disputes before secular courts. Consider carefully how Paul argues against this:

Does any one of you, when he has a case against his neighbor, dare to go to law before the unrighteous and not before the saints? Or do you not know that the saints will judge the world? If the world is judged by you, are you not competent to constitute the smallest law courts? Do you not know that we will judge angels? How much more matters of this life? So if you have law courts dealing with matters of this life, do you appoint them as judges who are of no account in the church?

Indeed. Or does Greg Neyman, or Hugh Ross, lend credence and respect to men of “science” (actually, scientism, the worship of something called “science”) who are the very enemies of the faith? For the secular scientists, with their conventional (usually uniformitarian) theories, vowed to destroy the faith. They vowed this vow a hundred fifty years ago, or earlier. James Hutton. Charles Lyell. Charles Darwin. And Richard Dawkins, Carl Sagan, and Eugenie Scott today. Lend credence to such as these? Mé genoito, as Paul of Tarsus would say. (Translation: “may that never be!” Or as Patrick Henry might say, “Forbid it, Almighty God!”)

Even men of good will can make mistakes. Young earth advocates sometimes make mistakes, too. For instance, some of them multiply miracles without enough reason; William of Occam would never approve. But like the Sadducees of old, old earth advocates end up denying the Divine. They think they’ll make the creation model more “respectable” that way.

People will either respect the creation model, or not, as God Himself knew and even decided ahead of time. (See Romans 8:28.) John Calvin could tell you that. And so long as the Lord tarries, the Creation Science Hall of Fame will honor the young earth view. It will stand, not like the Sadducees or the Pharisees, but like the Essenes who prepared the best archives that modern Biblical scholarship now knows.