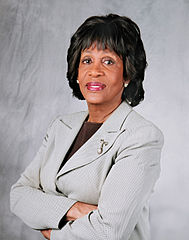 Last week we posted the facts about the sequester. This week the political hysteria continues as the media, Fox News included, and big government leftists march forward with fear tactics and just plain lies. Then, Maxine Waters, who actually is dumber than Joe Biden, announced that the cuts in government growth will cost 170 million jobs. Someone may like to point out to this jewel of colossal ignorance, America only has 140 million people working right now. Which by the way is about 2 million less than when the usurper took office.

A century of federal spending, in trillions $$, adjusted for inflation. Source: TPATH

First we need to take a quick look at the chart at right and note the drastic “so called” cuts. Now keep in mind as you do, that if the entire sequester amount is applied, the Federal budget will, in fact, still grow as a result of automatic budget increases to every single government program.

What does this mean? Well, common sense would dictate that not one person would lose his job, not one program would be cut or closed down, they just would not grow as much in this next year as the progressives had planned. Amazingly enough, only in Washington is a net increase considered a cut.

For certain every news reporter, news channel and politician understands this shell game being played.

Well, Except for Maxine Waters who probably doesn’t know where she parked her car. All of these people are hoping that Americans are as stupid as Waters. Okay, maybe not that stupid, but stupid none the less.

True, a large portion of the sequester amount was earmarked for the Military. By the way this clearly indicates this foolishness was designed by Hussein Obama. But if the balance of the cuts in growth were spread out across the vastness of government programs, not one person would be fired or furloughed. Remember, your President, he’s not mine, he has told me that many times over the past four years, is using this sequester as a tool to further beat down the poltroon Republican Party at the expense of many hardworking families who just happen to be employed by the government. This is beyond despicable but entirely consistent with they way leftist people and governments use its citizens as fodder.

Obama refuses discretion when the Senate offers it

A final and very important point on this is that Obama has refused to allow a Senate bill to pass which would give him sole authority as to which areas of growth would be cut. This may sound a bit out of character for the “exalted one” but he needs to be able to blame anyone and everyone, except himself, for any services lost. If he had the complete sequester disbursement authority, he might get blamed.

This seems a bit paranoid for him, since the media has looked the other way after he went to bed while American heroes were being slaughtered in Benghazi, billions of dollars were being given to the Muslim Brotherhood, Communists, Islamic extremists and home grown terrorists made up his inner circle, an arsenal machine guns and weapons were handed over to Mexican drug cartels, and shoulder fired missiles, capable of taking down passenger airliners, were provided to Muslim fanatics.


See Maxine Waters boast openly about “socializing, [i.e.], taking over and running all your [oil] companies.”


And just to whom do “we”, “our”, “ours,” and “us” refer when Maxine Waters says to keep Republicans out of “our halls”?

Related Topics:debteconomymediapoliticianstaxTea Party
Up Next

I don’t think that no one ever accused liberals and other knot heads of thinking rationally:

Obama’s lies the State of the Union Address and Americans who love Obama’s lies
link to moralmatters.org

Waters is a fool. Another reason to leave California!