Can you believe Obama actually said this?

If this reprobate doesn’t give new meaning to hubris, no one does. He has the “audacity” to extol Planned Parenthood for their 100-years of “service” in the killing of the unborn, and expect the blessing of God. Since when is the murder of the unborn, health-care? What make it more unbelievable: he does this when a butcher named Kermit Gosnell is on trial for the mutilation of babies born alive in a chamber of horrors called an abortion clinic. Yes: Obama and his Democrat Party support this type of gruesome murder. Someone convinced them this is acceptable because abortion was the original intent of “Mommie Dearest.”

Obama goes on to say; there’s an assault on women across the country. How about the assault on life? Does the words “life, liberty and pursuit of happiness” ring a bell? Without life there’s no liberty. Without life there’s no chance of happiness. I guess Obama’s indoctrination as a youth in the study of the Qu’ran – you know, the “religion of peace” – justifies any horrific murder. They too cut heads off, and rip the arms and legs off unbelievers – piece by piece. Peace? 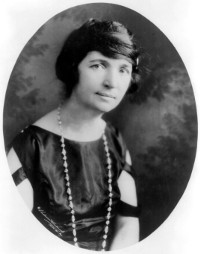 We do not want word to get out that we want to exterminate the negro population and the minister is the man who can straighten out the idea if it ever occurs to any of their more rebellious members.

If Planned Parenthood had it’s way, you would never have been born, even if you are half-white. You would still have been considered undesirable. Never thought of that, did you, Mr. Obama

Let’s take this so-called right to privacy, concerning a woman’s body. Since when does privacy give a civilized human being the right to kill, especially in one of the most horrific medieval manners. But I guess we should be thankful that these barbarians stopped burning them to death with saline solution. Now you beasts just tear them limb from limb. How civilized.

I’ve got news for you:

It’s not your body!

Whose life is it, anyway?

Let me crystal clear, to any abortion minded women and especially their supporters that choose to murder the unborn. But, first allow me to digress. Remember that old classic movie featuring Peter Sellers as the French police inspector Clouseau attempting to apprehend the Phantom, an elusive jewel thief? Picture this scene: a dog walks into the room with the inspector and others discussing the crime: One character asks Clouseau: “Does your dog bite?” Clouseau answers; “No”! Thereafter the dog bites the character, who then shouts at Clouseau: “You said your dog doesn’t bite.” Clouseau says: “That’s not my dog.”

I don’t know how to break this to you injudicious pro-choice morons, other than to say:

That’s not your baby!

The baby you are carrying first belongs to God. After conception the child you are carrying belongs to the father as well! Since when does something come from nothing?.So I ask; when did you acquire the ability to create a human by your lonesome? Did you know the baby has his or her own DNA, fingerprints, a heartbeat and nervous system? And, yes the baby does feel the pain of being tortured. If you were so worried about conceiving you should have kept your legs closed!

And, where do you get they audacity to say you have a “right to privacy” that allows you the Constitutional right to horrifically tear a child’s body apart limb by limb? Sounds gruesome, doesn’t it? Well it is! Read the Eighth Amendment concerning “cruel or unusual punishment.” Most would agree, it’s time to revisit Roe v. Wade today, this time viewing what happens during pregnancy, using ultra-sound videos.

Well maybe next time I’ll tell you how I really feel.