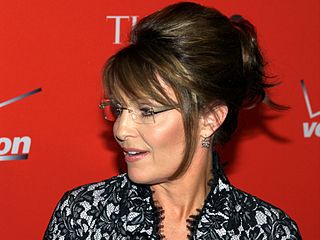 Some of the differences between Sarah Palin and Michele Obama are obvious, some are superficial, and still others are mind-boggling. It is strange that the gun-toting, fiery Alaskan governor hasn’t charmed the media with her incomparable wit and tenacity, while the First Lady can’t do a thing wrong. It has often been said that love is blind, but in this case, the blindness is not only a disability; it is dumbfounding. 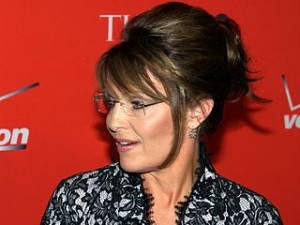 Below are just a few of the remarkable comparisons that support my theory and show the hypocrisy of the press and the stark differences between the two ladies:

Now who is saying, “Let them eat cake”?

Marie Antoinette’s extravagance during a time when the citizens of France were struggling with poverty is well-known, but Michelle Obama’s is seldom acknowledged. Perhaps Michele wouldn’t say “let them eat cake.” She wouldn’t have to. She would probably say, “just give them food stamps.” Either way, both woman are prime examples of elitists who care little for the suffering of their citizens. For them, life is good, and after all, they really believe they are better than the rest of us. It is exactly this attitude of superiority that makes them inferior.

[…] ~ "A side-by-side of Sarah Palin and Michelle Obama shows clearly "which" of the two has the servant's heart, and the elitists' (stone) heart." ~ "Below are just a few of the remarkable comparisons that support my theory and show the hypocrisy of the press and the stark differences between the two ladies:" Sarah v. Michelle: servant v. elitist | Conservative News and Views […]

Did Glenn Beck write this? ;)
http://www.politifact.com/truth-o-meter/statements/2011/mar/04/glenn-beck/glenn-beck-says-first-lady-michelle-obama-has-43-h/

Glenn Beck is not one of our contributors. If you read the by-line, you know who did. But we’ll accept Glenn Beck’s independent observation of how many attendants Michelle Obama has, as against how many Nancy Reagan had.

Sarah Palin is a mans woman. She reminds of a Frontier woman who would be there with her husband building a new future, brick by brick for a loving family. Imagine having a wife who loves to hunt, fish, camp out in the wilderness and love it. Wow! Todd, you’re one lucky dude. I bet Mrs. Palin even tune-ups their snowmobile. Yep, Rick Springfield put it best….” I wish I had Todd Palins girl…where can I find a woman like that, like Todd Palins girl…and then Charlie Rich…” but when we get behind closed doors, and she lets her hair hang down, and she makes me glad that I’m a man….cause no one knows what goes on behind closed doors”. Yep, that “Grizzly Momma can teach our Country a thing or two.

Terry, that was a bit of sarcasm ;) Just highlighting the fact that the numbers from the blog posting are completely wrong (check the link I posted). And as much as I appreciate what Beck “observes,” I think we can both agree that his numbers too came out someone’s a$$ (probably his own). Besides the fact the other numbers from this posting more than likely came from a RNG (i.e., no citations anywhere), most of these comparisons are laughable. You kind of have to return your state-own car when you quit halfway through your first – and only – term as governor. Plus, one of Palin’s children is probably “watched and criticized” because she decided to get pregnant in high school (I’m guessing having a child of out wedlock is less of a sin than abortion?) and then prostitute herself on reality TV to make a quick buck. Like mother, like daughter ;)

Having the child is far preferable to killing it.

“her incomparable wit and tenacity”

Out of respect for anyone with sensitive feelings I will refrain from commenting on her “wit.” As for incomparable tenacity, however, remind me again how many full terms she served as governor before quitting?