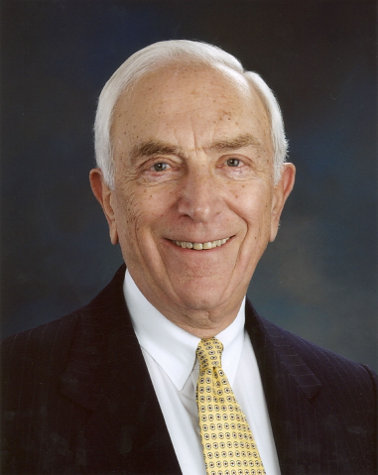 Senator Frank R. Lautenberg (D-NJ), the current longest-serving member of the United States Senator, died this morning. He was 89 years old. Now New Jersey asks: who will replace Frank Lautenberg in the Senate, and how long will that person serve?

New Jersey residents probably best know Frank Lautenberg as “The Transportation Senator.” After all, the Secaucus Terminal bears his name. That is no accident. Frank Lautenberg helped pass a new law to double the subsidy for the National Railroad Passenger Corporation (Amtrak) in 2008. He tried to push for a major tunnel to connect New Jersey and New York – but Governor Chris Christie of New Jersey canceled that project, citing its expense.

Frank Lautenberg is also the force behind:

(Actually, the real no-smoking leader was Northwest Airlines. They cited passenger preferences. But everyone in the industry knew that airliner cabins cost about $1 billion a year more to clean when passengers lit up.)

In 2010, Frank Lautenberg collapsed at his condo in northern New Jersey. Doctors found he had MALT lymphoma (Mucosa-associated Lymphoid Tissue). He recovered, but eventually decided not to seek re-election to the Senate.

Who will replace Frank Lautenberg, and for how long? 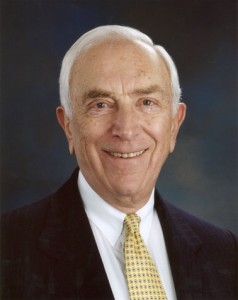 Governor Chris Christie has said nothing, at posting time, about whom he will send to the Senate to replace Frank Lautenberg. Under New Jersey law, he can appoint an interim Senator as soon as he likes. The question, according to Catalina Camia of USA Today, is for how long will that special appointee serve. Would he serve out the 2013 session of Congress and then face a special election to select a Senator for the 2014 session? Or would he serve out both sessions of Congress and go on to the election that would have taken place anyway, to start a new six-year term?

The law is not clear. And the choice for Chris Christie for replacing Frank Lautenberg is even less clear.

CNAV talked to two New Jersey Tea Party activists who have followed Chris Christie’s career, usually with disdain, for years. Nicholas E. Purpura is the lead coordinator of Team New Jersey, a project to challenge most (but not all) Republican officeholders in New Jersey in the primaries. RoseAnn Salanitri is head of the NJ Tea Party Caucus.

Nick Purpura suggested that Governor Christie would name Cory Booker, the Democratic Mayor of Newark, NJ. Mayor Booker is articulate, and can talk like a conservative when he needs to, says Purpura.

Not so fast, says Salanitri. If Christie sends Booker to the Senate, then he would likely be the incumbent senator in 2016 – the Presidential election year. This would set up two New Jersey candidates vying for the distinction of “Favorite Son of New Jersey.” This is exactly what Chris Christie would not want.

Purpura discounted that notion. He doubted the Democrats would dare nominate a black man again. Why? Because

Barack Obama has set back race relations in this country by fifty years. His inflammatory remark at Morehouse College – in which he told [the graduating class] that whites set out to make them feel inferior – is the typical example. And look at all the things that Eric Holder and [United Nations Ambassador] Susan Rice have done. And the Democratic [National Committee] knows this.

Both Purpura and Salanitri observed that Obama was in New Jersey over the weekend. He came ostensibly to tout the reopening of the Jersey Shore after Hurricane Sandy. But Purpura and Salanitri each suspect that Obama came to talk to Christie about Frank Lautenberg, and whom Christie might appoint to replace him in the Senate. Frank Lautenberg was suffering from viral pneumonia, and his death surprised no one.

Purpura still looked for Christie to appoint Booker to the Senate, until CNAV reminded him of this insight from the USA Today piece: that Booker, if Christie sent him to the Senate, might lead this fall’s State general election ballot. In which case he would boost Democratic turnout and might help Barbara Buono, the likely Democratic candidate for governor. Purpura acknowledged that Christie might not dare risk that.

Both activists suggested another likely appointee: State Senator Joe Kyrillos, who now represents the Thirteenth Legislative District (Monmouth County). Kyrillos, for the first time in recent memory, faces a serious primary challenge: from Leigh-Ann Bellew, one-time candidate for Congress and in high regard in Tea Party circles. Purpura is supremely confident that Mrs. Bellew will win tomorrow’s primary – and, he says, Chris Christie cannot afford to see Kyrillos lose. “So he’ll send him to the Senate to save his face,” Purpura said.

With the Sheriff appointing, in Ocean County, Christie had to choose someone from the same Party….Republican. He hasn’t picked anyone yet and our sheriff passed in December. Wouldn’t he also have to pick someone from the Democrat Party….to replace Louse-en-berg?
Geraldo?? God help us….another bleeding heart.