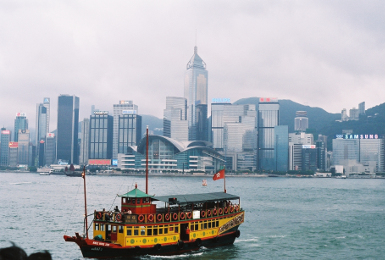 Meet Edward Snowden, age 29, former CIA employee. Until recently he worked for Booz Allen Hamilton, one of the most prominent national-security contractors. Now he’s on the run, and many think him a traitor to America.

Edward Snowden is no traitor. He might not be acting in the wisest way right now. He might in fact face a greater hazard from those other than the government he most fears – our own. But far from condemning him, the American people should commend him. He showed that this (de facto) President broke the Constitution and likely broke the law. Instead of seeking asylum in China or Iceland, he should come back home. And get a lawyer bold enough to ask a jury (or the US Supreme Court) to nullify any guilt he might have.

Who is Edward Snowden?

Edward Snowden tells who he is in a twelve-minute interview with The Guardian (London, England, UK; see Clip One). He once worked for the CIA, and then worked for Booz Allen as an “infrastructure analyst” at the National Security Agency (NSA). As such he was a systems administrator. His job was to register new users and define their permissions to see things on NSA computers. And so he had access to everything to which the NSA had access – or at least that part of it that sits in the computers he administered.

Here is what Edward Snowden said about just how personal the information was, that the NSA holds:

Any analyst, at any time, can target anyone, any selector, anywhere. Where those communications will be picked up, depends on the range of the sensor networks, and the authorities that analyst is empowered with.

In other words, anyone at the NSA, acting on his own or on orders, can target you, me, or anyone. The opportunities for blackmail should stagger the imagination.

The Guardian knows the caliber of person, and story, they have:

Snowden will go down in history as one of America’s most consequential whistleblowers, alongside Daniel Ellsberg and Bradley Manning. He is responsible for handing over material from one of the world’s most secretive organisations – the NSA.

What do people think of Edward Snowden? 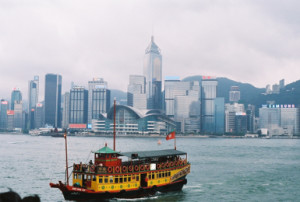 Whatever else you think of Edward Snowden, he shows great fortitude – alimentary, gonadal, hepatobiliary, whatever you want to call it. He hangs his face and voice out for all to see and hear. Anyone else would have shown only a silhouette and used an electronic handkerchief.

His detractors half-scoff, half-rail that Edward Snowden is a creep and a liar, looking for his fifteen minutes of fame (with apologies to Andy Warhol). House Republican Leader Eric Cantor wants to investigate Edward Snowden, He asks, why didn’t Edward Snowden go to an inspector general, or come to Congress, or go to court. Snowden has an answer: he was afraid the whole process is corrupt. As well he might think. Consider! Congress passed the USA-PATRIOT Act on one reading before a vote. And some judge on the Foreign Intelligence Surveillance Court actually signed off on general search warrants. As Judge Andrew Napolitano points out (Clip Two, go!), James Madison sought to forbid that when he wrote the Fourth Amendment to the Constitution. Which reads:

The right of the people to be secure in their persons, houses, papers, and effects, against unreasonable searches and seizures, shall not be violated, and no Warrants shall issue, but upon probable cause, supported by Oath or affirmation, and particularly describing the place to be searched, and the persons or things to be seized.

Particularly, Leader Cantor. Particularly, Mr. Hayward. I see no particular description in a general warrant to store business records of every telco in the country.

No wonder Edward Snowden fled the country. He probably thought a judge might find him a rebel and disallow the writ of habeas corpus in his case. In fact, Mail Online reporters overheard two intel officers suggesting ways to make Edward Snowden disappear. Were they joking? Funny – the two airports in Dallas, Texas, for a long time, displayed this message to all airline travelers:

Comments about guns and bombs are taken seriously. Please, no jokes.

An ex-CIA officer seems to think Edward Snowden already sold America out to the Chinese. Why, he asks, did Edward Snowden flee to Hong Kong, and not to Sweden? (In fact, now some politicians in Iceland want to offer him a chance to flee there.)

Donald Trump called Edward Snowden “a bad guy.” But even he knew the government is doing wrong to serve such generalized warrants. House Republican Whip Kevin McCarthy also couldn’t make up his mind about Snowden.

House Intelligence Committee Chairman Mike Rogers had no such trouble. To him, Edward Snowden did something “dangerous.” Dangerous to whom, Mr. Chairman? Sometimes “going through channels” can be dangerous to the witness.

Counterterrorism and Intelligence Subcommittee Chairman Peter King called for extradition from Hong Kong. (If Edward Snowden is still in Hong Kong. He checked out of his hotel, and no one has seen or heard from him since.) To King, Edward Snowden is a traitor and “should be prosecuted to the fullest extent of the law.”

No, Mr. King. The American people should hail him as a hero, as unlikely as he seems to fit that role. You don’t have to like a man personally to respect him for doing you a valuable service.

They who can give up essential liberty to obtain a little temporary safety, deserve neither liberty nor safety.

The Platform of the Libertarian Party addresses “national security” this way:

The defense of the country requires that we have adequate intelligence to detect and to counter threats to domestic security. This requirement must not take priority over maintaining the civil liberties of our citizens. The Constitution and Bill of Rights shall not be suspended even during time of war. Intelligence agencies that legitimately seek to preserve the security of the nation must be subject to oversight and transparency. We oppose the government’s use of secret classifications to keep from the public information that it should have, especially that which shows that the government has violated the law.

An earlier version said any person who leaks information that shows the government violated the law, should be excused from punishment for such leak. Truth is an absolute defense against a charge of libel or slander. Likewise, the breathtaking breach of the Constitution that Edward Snowden showed the people, should be an absolute defense in his case. (As it can certainly be. That’s what jury nullification is all about.)

The philosophical defense of Edward Snowden’s act is more complex and might be more difficult to grasp. But the American people must still consider it. Why? Because it is useless to criticize any policy of the government, that purports to solve a problem, without looking at:

Dick Morris wants to solve the NSA leaks problem with a better system of “oversight and transparency.” He wants a public advocate, which the chairmen of the House and Senate Intelligence Committees would appoint. But that does not go far enough. It does not solve the basic problem.

The basic problem is that, afer the Nine-eleven Incident, the people created a Big Monster to catch Little Monsters. Terrorists, of any stripe, are Little Monsters. The Nine-eleven Incident racked up the worst casualty list of any terrorist attack in history. But that’s nothing compared to the lives lost in the famines that Josef Stalin engineered before the Second World War!

And besides: the Big Monster doesn’t always catch the Little Monsters. The Big Monster didn’t stop the Brothers Tsarnaev. Nor the most recent mass murderer in San Diego, California. Nor at least one man who “honor-killed” his daughter for Americanizing too much for his taste.

This should surprise no one. How could such a general warrant let anyone catch a terrorist? Doesn’t the phrase needle in a haystack mean anything to anyone in the intelligence community? That general warrant, at best, gives a surfeit of information, and no clue where to look for that needle. At worst it gives a blackmailer’s treasure trove.

Memo to Congressman King: Barack Obama is using you, beautifully! Edward Snowden did not deal “a serious blow to our intelligence gathering,” as King thundered to the media. Barack Obama himself did that. You now defend the worst kind of dossier collection since Lucius Aelius Sejanus, surrogate for Emperor Tiberius of Rome, Barack Obama is cackling gleefully and singing Hymn to the USSR in Swahili by now. Not to mention your colleague, Maxine Waters, who bragged about a massive database Obama had. This could be it! Did you ever think of that, Mr. King?

How to handle the Big Monster

A terrorist, first of all, commits or attempts:

One can look at terrorists six ways:

What does the Constitution say is the best, even the necessary, way to secure a free State?

And what is the militia? The militia is you, and I, and everyone else having something, or someone, to keep safe.

Franklin, today, would chide us all for lack of imagination. So would Congressman David Crockett of Tennessee.

Where were the cooperative security agreements among the owners of factories, refineries, and other such plants, after Nine-eleven? Part of owning a vast complex like that is taking care of it. It ought to mean being ready to defend it, with deadly counterforce if you have to, against anything from common garden-variety brigands to political saboteurs (“terrorists”).

Why have the airlines ceded all responsibility for the security of their aircraft, crews, and passengers, to an agency of the government, whose members either:

And about that last: the security chief for El Al Israel Airlines remembers: they refused to sacrifice passenger dignity. Instead they developed the system of behavioral profiling at the airport (at Passport Control). They also installed flak-and-flare systems on all their planes. Result: they have never lost a flight to sabotage or attempted murder in their history. The closest they came was the Dawson’s Field Incident – in which the captain dived his aircraft, and his own passengers subdued the two would-be hijackers who got aboard.

But what a free society does not do, is abolish things like freedom and security of the person. That’s the mistake the post-Nine-Eleven Congress made. Edward Snowden showed us all the price of that mistake.

Big government is a Goliath to fear

So we can expect you be lauding Bradley Manning in a similar post then? Given that they did exactly the same thing.

Not quite. Bradley Manning gave soldiers’ names and locations to an enemy that promptly killed them. Edward Snowden did no such thing.

Terry, you may be the only person reading this column who honestly believes that if this happened five years, you would not be screaming for Snowden’s testicles.

That was before your obsession-object friend, Barack Hussein Obama.

[…] minded citizens, the first Edward Snowden interview we were exposed to had us standing and cheering. Here we had a young and seemingly very intelligent individual, who had seen the light and was […]

[…] almost all champion Edward Snowden. Some, of course, believe human beings need no such thing as “government” to get […]

[…] Snowden (remember him? See also here and here) is a man without a country. But yesterday a federal judge might have […]