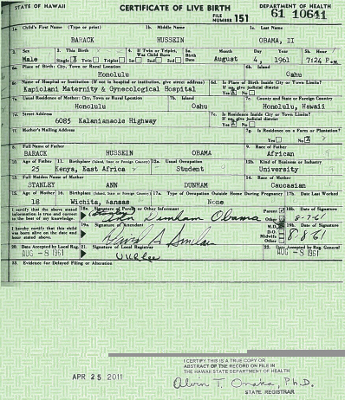 Two days ago [August 19] on his radio show, Mark Levin, the “Great One” as he has been tagged by his good pal and fellow Cromwellian chameleon, Sean Hannity, finally showed himself for the buffoon he is. At a book signing, somewhere in the bowels of Red State New Jersey, the Constitutional expert, author of books and oratorical purveyor of all things conservative (well almost all things), Mr. Levin found himself being questioned by a real American. And he did not like it. Not one bit. In his ire and quite unintentionally, he let out a very interesting piece of information. It’s well known to all of us who have listened to Levin during the past few years that he holds in contempt anyone who would dare to question or confront him. His dislike for Progressives and liberals appears to have taken a back seat to those scoundrels he bitterly and sarcastically calls “Birthers”. We will instruct Mr. Levin as to just what a “birther” is a bit later and we will also teach the great one a bit about our Constitution and the history of its authorship.

He would not look into it

Getting back to that interesting slip of the tongue. After months of berating, belittling and banning callers who had the audacity to mention Obama’s ineligibility, this expert let it slip that he has “not really looked into it.”

What? The guy we were all supposed to look to for law and constitutionality, the guy who has treated those that looked to him for support on this issue as pests and “one of those”, has not even taken the time to “look into it”? That, to me, says it all. It appears he does not want to know or he is too scared to find out. Either way, you Mark Levin, this time you have done it for me. I’ll never tune you in again. You sir, are either a hypocrite or a coward. But most likely both.

So, Mark, since you haven’t really looked into things “Birther”, here is your lesson for today. You won’t need to do research. You won’t have to take the time to read that entire old document, written by old white men. TPATH has done it for you, knowing how busy you are signing make believe books in your world of pusillanimous conservatism. All you need to do is read these next few paragraphs.

Note if you will, or if you have the time, the term natural born citizen. That term did not appear there from thin air. It was not planted there because the founding fathers wanted to use extra words. That term was put there, Mr. Levin, after much thought and consideration by the authors. Then, following a thorough debate, John Jay (you can look him up Mark, he’s in the history books, at least for the time being), wrote a letter to Thomas Jefferson (he’s in the books too) demanding that the natural born citizen terminology be added to that article. He wrote about the fear of someone having allegiances to a foreign country, by virtue of having a parent who was a citizen of that country, getting control of the military and the government.

A short reading of any one of many legal terms books or ledgers of the time, clearly defines what a natural born citizen was and still remains today. Its definition can not be changed just to make some politicians and talk show hosts comfortable with their treason. If anyone, anyone not to busy to really look into this that is, looks at the damage this present usurper of our White House has done, it shall become crystal clear just how brilliant our founding fathers were. They feared Obama and the likes of Obama, generations before he was born.

Then one might say, “But they only meant one parent needed to be an American citizen at the time of his birth.” Even if such a ludicrous statement were proffered in an effort to make life easier for the spineless, and aside from the fact that there is no foundation in history or law which supports such a supposition, put your book signing pen down for a second and contemplate this. What benefit of security would be derived from allowing one of the parents to have foreign allegiances? That may be too deep for consideration, so try this. If your car broke down in a, shall we say, less than safe neighborhood, packed with personal belongings and valuables and you needed to go for help, what do you suppose would be left of your property and your car, if you locked just one of the two doors?

A cynic might suggest, lock two doors or one, your stuff is still gone. That’s another story. But car doors, your house, the neighborhood pharmacy, or your country, common sense says, lock both doors.

Completing your edification of today Mr. Levin, its time we instructed you on just what a “Birther” is. We shall start with what he isn’t. He isn’t a spineless individual who cares more about personal wealth and being part of the elite class of people posing as caretakers of our Republic. In other words, Mark Levin, I have met some Birthers and you my friend, are no Birther.

The term “Birther” was devised and propagated by the left and is a typical Alinsky tactics of divide, isolate, humiliate and destroy. By labeling those whom you can’t defeat with facts, you can create a form of “political leprosy” and tack it onto the foreheads of those whom you can’t debate and therefore, will never have to debate.

Several years ago, after having “really looked into” the many, many problems associated with Obama, including first his lack of any birth certificate and then the feloniously forged one, and the clearly ineligible characteristics of his so very veiled life, many people who began to speak out were labeled Birther and I for one, wore that label with pride and I still do today as I will till I feel felt covered wood at my elbows.

What is a birther?

Andrew Jackson’s parents emigrated to the U.S. from Ireland. Woodrow Wilson and Thomas Jefferson’s mothers were both born in England. James Buchanan and Chester Arthur’s fathers were born in Ireland. Herbert Hoover’s mother was born in Ontario, Canada. Were they all illegitimate?

Chester A. Arthur “skated,” and shouldn’t have.

That goes for Wilson, Buchanan, and Hoover, if you can prove what you allege about their parentage.

As for Jefferson and Jackson, you ignore this other proviso: any person, who was a citizen of the United States at the time of the adoption of the constitution, was also eligible to the office of President.

[…] the article from Dwight Kehoe written just a few days […]

[…] the article from Dwight Kehoe written this past […]