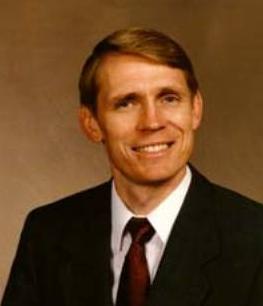 Kent Hovind, the famous “Doctor Dino,” broke his silence yesterday to reply to many questions about his long-running battle with the Internal Revenue Service (IRS). His message: he does not oppose the income tax on principle. But he says the IRS has misapplied the tax code and is asking for tax that he does not truly owe.

On Thursday 26 September 2013 at about 5:00 p.m., Kent Hovind sent an e-mail to several large creation-advocacy mailing lists. He also asked Nick Lally, President of the Creation Science Hall of Fame, to publish this letter on his biography page.

Kent Hovind began his fight with the IRS in 1996. At issue is whether his ministry, Creation Science Evangelism, is a non-profit organization. He did not file the usual 501(c)(3) recognition form, and holds he can operate as a tax-exempt non-profit without it. According to Wikipedia, Rebekah Horton, senior vice president of Pensacola Christian College, “ratted him out” to the IRS in or about 1996 and accused him of tax evasion.

Though a court has convicted him, he still maintains his innocence. He keeps an archive of legal filings and other documents on a special site, 2Peter3.com, that he keeps to update everyone on his tax trials and appeals. 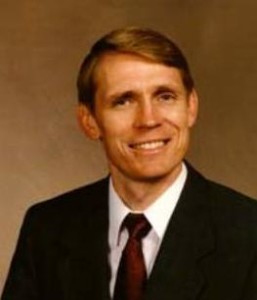 In January of 2013, the Creation Science Hall of Fame (CSHF) inducted him as a scientist who furthered the case for creation. Critics, including friends and enemies of CSHF, urged Kent Hovind to settle all his tax battles and stop fighting the principle of taxation. They cited two key Scriptures that, they thought, bore on his case and conduct. In Mark 12:17, Jesus answers critics who ask whether paying the Roman census fee was consistent with the Jewish faith. He points out that Caesar’s face appears on the Roman denarius (worth a day’s wages for most in those days) the Roman government required for payment of the fee. Then He says:

Elsewhere, Paul of Tarsus (Romans 13:1-7) describes the role of government, and urges people to follow the law and pay “tax to whom tax is due.”

That, says Kent Hovind, is the key: is the tax due? First he reminds his critics that this same Paul of Tarsus spent years fighting a false charge of sedition. (See Acts 21 and following.) Even before then, Paul and Silas demanded and got an apology from the propraetors of a city they had visited, after those propraetors first had them beaten and thrown in prison, in violation of their rights as Roman citizens. In other words, Paul of Tarsus sets ample precedent for a Christian to stand on his own civil rights. Then he gives this specific answer to whether he owes tax or not:

There were 35 pages in the 710-page IRS file on me that clearly showed I owed no tax.  These 35 pages were deliberately left out when the IRS entered that file in the trial and the IRS agent admitted at trial the pages were missing!  See what happened to Peter J Limone 1st Circ. 2007 (497 F. Supp. 2d 143) when it was discovered government agents withheld evidence of his innocence and he FINALLY won his case!  He and three other defendants were awarded $101,750,000.  I’m sure I’ll have all sorts of new friends then!

Kent Hovind does not stop there. He says he does not refuse to pay a tax he owes, either to stop government spending to advocate evolution, or for any other reason. He also says he did not start the fight with the IRS. He also denies letting the IRS or his tax battle “distract” him from ministry. He challenges any critic to show him any specific part of the Internal Revenue Code that he broke.

He promises a more detailed answer to his critics later.

At about 6:45 p.m. Friday 27 September 2013, Mr. Eric Hovind, son of Kent Hovind, asked CSHF to take down his father’s letter. He declined to specify a reason.

CSHF will comply with that request and apologizes for any inconvenience that anyone might have suffered.

Unconformity: a clue to creation?

—I’m a critic of Kent’s, and he hasn’t answered me; he’s run off and been provided cover by his accomplices..link to facebook.com