Today, de facto President Barack H. Obama came out to defend his signature project, Obamacare. I expected him to admit the obvious. The Obamacare website won’t load half the time. And in the other half, it won’t let more than a handful of people in who visit it. I expected him to make some lame excuse and blame the problem on bad contractors and incompetent underlings. I also expected some vague promise to solve the problem.

Instead I heard lie upon lie, that would take even Josef Goebbels’ breath away. The substance of his remarks: forget the website. You can get around it. And people are signing up for Obamacare everywhere, and loving it! (Sorry, MacDonald’s; I didn’t mean to usurp your trademark jingle phrase.)

How can he say Obamacare works? 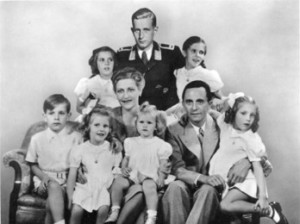 On the Rose Garden today, Obama delivered a typical Obama performance. Flanked by adoring fans, he made a pitch that would make William Shatner pea-green with envy. James Taranto called it “an infomercial when an accounting was due.” And as for Obamacare itself, Taranto had this pithy name for it: “Vaporcare.”

Taranto gives us a sample of Obama’s “trademark condescension”:

So the fact is, the product of the Affordable Care Act for people without health insurance is quality health insurance that’s affordable. And that product is working. It’s really good. And it turns out there’s a massive demand for it. So far, the national website, healthcare.gov, has been visited nearly 20 million times. . . .

The point is the essence of the law, the health insurance that’s available to people, is working just fine. In some cases, actually, it’s exceeding expectations.

I was ready to say in reply,

But this is the only way to answer a phrase like that:

Obama delivered worse than an infomercial. He put on a staged show. Those adoring fans applauded in all the right places. But any astute observer would detect a forced quality to that applause. He might at first think a squad of grim-faced shock troops were standing in front of those people, aiming M-16 rifles at them and flashing a cue card reading APPLAUSE at them at the right times. But Obama needed no such patrol. He has the support of a cadre of dutiful followers. And these followers long ago hypnotized themselves to applaud on cue. And the cue is any of several buzz phrases that Obama’s speechwriters write into every speech he gives. (At least one celebrated person, Oprah Winfrey, has broken her own spell.)

It’s not that Obama refused to admit the Obamacare web site has severe, even crippling, problems. Newsmax.com’s Julie Pace quotes him admitting it. “There’s no sugarcoating it,” he said. It’s that he told people to sign up by telephone or in person. But if he has enough telephone talkers and door-to-door agents to handle the load, he’s not expecting any great load. Even in his speech, he spoke of thousands of people signing up. Trouble is, he needs more than thousands. He needs millions.

Don’t merely take my word for it, by the way. Guy Benson at Townhall.com also expected lame excuses and heard a pep rally instead. And even the un-worthies at the Columbia Broadcasting System can’t defend Obama or Obamacare totally anymore. John Dickerson admits: Obama can’t count on enough young, healthy people to sign up for Obamacare to save it. Especially when its Web site can’t handle the load (what there is of it).