The Northeast Ohio Media Group featured in its Sun Press/Sun Messenger local paper, a double opinion piece on Common Core Standards on November 14.  Absent from the favorable assessment were the particulars that expose the damaging aspects, namely that states will be required to surrender their diverse curricula for one set of educational principles, to undermine individuality and stifle students’ creativity and choices of study, limiting quality and parental choices.  It is also unconstitutional.

The Tenth Amendment of the Bill of Rights states,

Education of the masses must never be placed under government control and must be reviewed and endorsed by schools and parents. 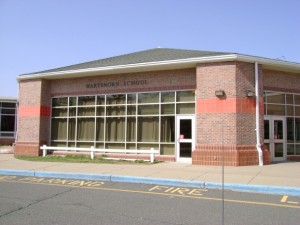 The planned changes were not explained.  Direct teacher instruction will be replaced by self-directed learning, group-think, with emphasis on subjectivity, feelings, emotions, beliefs, multiculturalism, political correctness, social engineering, globalism, sexual freedom, environmental extremism, victimization, moral relativism, and redistribution of wealth.  The instructor’s role  in academic instructions will be reduced to facilitator.  Rather than focus on factual learning, developing foundational skills for logical and analytical reasoning and independent thinking, the students will teach each other, focus on feelings, emotions, opinions, and group-think.

Phonics, classical literature, grammar, usage, correct spelling, persuasive writing will be replaced by whole language, balanced literacy, guided reading.  Cursive writing was eliminated – so that students will not be able to read primary documents of Founding Fathers.   They will read corporations’ informational texts, statements they will take as truth, without explanation or research.

Drilling and memorization of the four math functions will be eliminated and replaced by calculators.

American heritage, exceptionalism, national sovereignty, and Founding documents will be replaced by diversity, multiculturalism, globalization (as under the United Nations); revisionist history and political correctness have already sneaked into our textbooks.  I have reviewed three Human Geography and one History book, beset with lies, misinformation, propaganda, and missing facts.  Christianity and Judaism are already taking a back seat to a whitewashed Islam, memorization of Islamic doctrines with the Ten Commandments are omitted.  I have produced four reports noting the distortions, and researched and recorded the correct information, available upon request.

Students will no longer be evaluated by earned grades but on inflated grades, equality without achievement.

Clinical social worker Mary Calamia. LCSW, CASAC, reported students’ increased anxiety because of the unimaginative  one-size-fits-all curriculum.  Young students are reading literature concerning promiscuity, incest, rape, prostitution, depression, poverty and more, far beyond their level of maturity, and professionals are treating more students than ever, mostly eight grade honors students, who are now experiencing depression, insomnia, panic attacks, and self-mutilation.  They are crying and vomiting out of fear, refusing to attend school.   Calamia explains that students  are compelled to engage in critical thinking, decision-making and abstract thinking, that require a fully developed prefrontal cortex, a part of the brain that is not fully functional until early adulthood.

The Bill Gates Foundation was among the largest private organizations in Washington to contribute to this program, offering millions of dollars in funds to the states for acceptance.  The textbook publishers have stuffed their pockets and will continue to do so as they print the tests and new textbooks and the money will ultimately come from our state taxes.  Implementation costs are expected to be about $300 million in Washington State, $759 million in California, $100 million by to Texans, and $1.2 billion in Ohio.  Gates’s millions are committed to develop, promote and fund the leftist indoctrination to create activists for his socialism agenda, and the more control accorded the teachers’ union, the less control accorded the teachers over their classrooms.

The Department of Labor implemented and is running a data-mining system that violates students’ lifelong privacy by tracking test scores, academic progress, and all personal information, into an alarming database, called inBloom.  The evaluation will guide the children into schools and jobs, not of their own choosing, a violation of our Fourth Amendment rights and in direct conflict with our right to our pursuit of happiness.  Gates admitted the system will enable him to ‘design clear, rigorous standards,” and “unleash powerful software to develop the market further.”  So Gates (Microsoft), Google, Yahoo, and General Electric are providing funds of $350 million to create a steadfast market and train their future employees.  Students will be free to work harder to create more wealth to be extorted or they’ll be paid little, have no wealth, and work harder as directed by the governing body.

Pearson owns Houghton-Mifflin-Harcourt, all united in educational publishing to produce these revisionist textbooks.  They have now acquired Choice Solutions, Inc.,  a company that specializes in data analytics, integration solutions, and professional services for state and district-level education systems.  This will enable them to provide a truly comprehensive learning solution based on rigorous instruction and scientific analysis.  Chief executive Linda Zecher of H-M-H said,  “By bridging the gaps between classroom instruction and data analysis at the state and district level, we can facilitate tailored interventions and ultimately deliver better outcomes for students.”

This is Social Engineering, and no one has the right to control our lives or the lives of our children.

Off with their heads | Conservative News and Views

[…] if I may take this one step further, Common Core standards for the education (indoctrination) process is designed to decapitate the […]