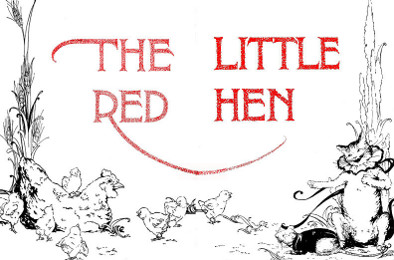 Over the last hundred years Americans have seen the socialist/communist/Marxist agenda go from something to despise and fear to something many believe compassionate and desirable. Should these systems prevail and fundamentally change America, many will find the Utopian ideas used by the would-be-tyrants were nothing more than a mask to hide their tyrannical ambitions. They will find something else, something we may learn from the tale of the Little Red Hen.

Change of attitude: no accident

How did this happen? How did a capitalistic country change into an entitlement state where government is worshiped and strong work ethics are declining as fast as the value of the dollar?

It happened through a well-orchestrated agenda that included many things, including:

Of course there were many other contributing factors. The war on poverty and the path of its destruction includes the profound dismantling of the American family as well as the creation of a victim-mentality of epic proportions. This war has claimed many victims besides those living in the urban districts. It has claimed as victims the honest and hard-working breadwinners who felt responsibility for providing for those whom they loved, who were embarrassed to accept charity and only would do so as a last resort. In short, it has claimed the very life of the America Dream.

If you don’t believe America is in trouble, just consider the Administration’s latest propaganda spin to the 2.3 million losing their jobs. Several years ago, the claim that losing your job was a good thing, that now you didn’t have to be saddled down with the responsibilities of a job, now you could spend more time with your family, would be preposterous. The sheer volume of laughter it would provoke would be enough to expel the Administration and all its minions from the ivory towers we have provided for them. Today it is not preposterous. It is the Administration’s response to the current Congressional Budget Report. Worse, it is an argument they are comfortable making. That tells us as much about America as it does about them.

How far have we fallen?

At the end of the 19th century, an anonymous fable made its way into the public psyche titled “The Little Red Hen.” Below is an updated version that speaks more loudly today than it did well over a hundred years ago.

The Little Red Hen, in the modern era: 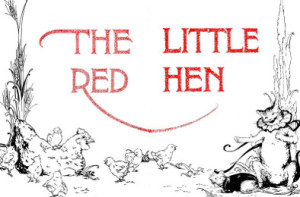 Once there was a Little Red Hen who lived in a barnyard with a duck, a pig and a cat.

One day a government official visited the barnyard and gave the Little Red Hen some grain, which he had taken from a neighboring barnyard that had plenty.

“Look!” she exclaimed to the other animals, happy to have the grain that the government gave to her. “Who will help me plant this wheat?”

“Then I will plant it myself,” said the Little Red Hen. And she did.

When the wheat was ready to harvest, the Little Red Hen asked, “Who will help me harvest the wheat?”

“Then I will harvest the wheat myself”. And she did.

After the wheat harvest, the Little Red Hen asked, “Who will help me take the wheat to the miller so he can grind it into flour?”

“Then I will take the wheat to the miller myself,” said the Little Red Hen. And she did.

The miller ground the wheat into flour and gave it to the Little Red Hen.

When she returned to the barnyard, the Little Red Hen asked, “Who will help me make this flour into bread?”

“Then I will make the bread myself,” said the Little Red Hen. And she did.

Soon the bread was ready and she took it from the oven. Then the Little Red Hen asked, “Who will help me eat this bread?”

“No you won’t,” said the Little Red Hen. “You wouldn’t help me plant the seeds, cut the wheat, go to the miller, or make the bread. Now, I will eat this bread myself!”

Then the government official came back to the barnyard and said, “You must share with those that don’t have anything to eat.” And she did.

They all ate until all the bread was finished.

After the bread was finished, the government official came back to the barnyard with more grains of wheat that he had taken from another barnyard and asked, “Who will plant this wheat?”

Today we are incubating 2.3 million Little Red Hens. If they hatch, they will devour America. As a result, no one will be left to plant, harvest, bake, or do anything else required to live a free and prosperous life. Today 2.3 million dropped from pay rolls; tomorrow 2.3 million more Little Red Hens.