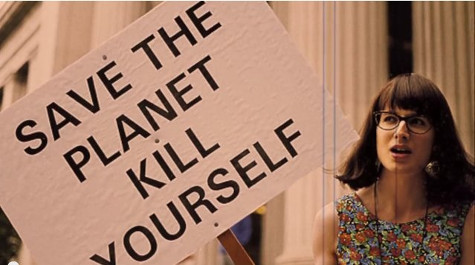 On September 1, 2010, James Lee walked into the offices of the Discovery Channel and took three hostages. In four hours of “negotiations,” he demanded air time for his pet project: stopping human civilization. He also demanded an end to all programming that encouraged pregnancy and childbirth, immigration, and essentially all human activity. Finally, police stormed the building, killed him, and rescued his hostages. But his demands, says Wesley Smith of the Discovery Institute, still constitute a valid manifesto of what he calls the War on Humans.

War on Humans in detail

Wesley Smith, as the embedded video shows, did not begin as a classic political conservative. He once collaborated with Ralph Nader. But that collaboration took a memorable turn when they begged the then Governor of Florida to “take any legal action” that could save the life of Terri Schindler Schiavo.

Over several years, Smith says, he noticed something disturbing about the environmental movement. He sets forth what he observed in the current essay, “The War on Humans.” His theory: the agenda of these new environmentalists goes beyond proper stewardship over the environment, and over animals in human care. It amounts to a call to extinguish humanity itself. (Except, maybe, for those sounding the call, though Smith does not get into that.)

The rambling, incoherent demands of James Lee still matter, because others take up his refrain. For instance:

Saving the Planet means saving what’s left of the non-human Wildlife by decreasing the Human population. That means stopping the human race from breeding any more disgusting human babies!

It is the responsiblity of everyone to preserve the planet they live on by not breeding any more children who will continue their filthy practices. Children represent FUTURE catastrophic pollution whereas their parents are current pollution. NO MORE BABIES! Population growth is a real crisis. Even one child born in the US will use 30 to a thousand times more resources than a Third World child. It’s like a couple are having 30 babies even though it’s just one! If the US goes in this direction maybe other countries will too!

Is James Lee typical or atypical? Play the video and judge for yourself. A picket holds up a sign that reads,

SAVE THE PLANET. KILL YOURSELF.

Beyond that: some of the top-flight law schools in America have “animal rights clinics” that devote themselves to granting standing to animals to sue in our courts. Smith cites the obvious consequence: no more fresh meat in the stores. Why? Because a judge says the cattle, the pigs, and even the fish have a constitutional right not to be killed for food. (Will someone explain that to the wolves, the sharks, and even the great whales?)

Smith also cites Peter Singer. Readers might remember him for calling for infanticide. That attitude comes from a more fundamental decision: human beings are no better than other, non-human animals.

Nor does the war on humans stop with “animal rights.” Smith cites calls for plant rights. Some plant rights advocates seem to distinguish between plants that can communicate among themselves and those who cannot. Others say that makes no difference, and all plants have “individual dignity” that humans must respect, by staying out of their way.

War on humans: where does that come from? 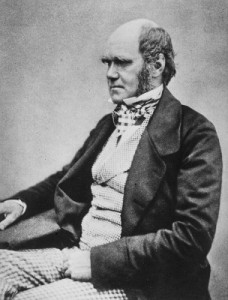 Smith traces the war on humans to a source that might seem odd: Charles Darwin. The theory: Darwin held that human beings are not any separate-and-apart creation, but are simply another product of billions of years of change over time (“evolution”). Smith cites Peter Singer and several other eco-radicals to make his point. Many of these (including Singer) also cite Darwin and claim they owe him for their insights about man being no better than any other animal.

In all fairness, Charles Darwin’s theory could lend itself either to a war on humans, or to a notion of humans as the superior species, the final product of a painstaking process, the Perfect Form of Life. The latter is close to the arrogant philosophy of Friedrich Nietzsche. The endpoint of this philosophy is not eco-topianism, but eugenics. The notion behind that: if Darwin’s methods worked so well in the wild, how much better would they work in the laboratory, or the hospital, or the government crèche? The results include genetically modified foodstuffs and calls for selective breeding of humans and eliminating the “unfit” among them.

The enviro-rads have gone the opposite way: to suggest human beings are subnatural, or anti-natural. Obviously in this context, “natural” really means wild. This would explain the aim of UN Agenda 21: to retro-cede vast tracts of farmland to the wild, and to limit human activity to a handful of dense urban districts. The ultimate aim: eliminate everyone. (Except the favored few. More on that below.)

The larger point: Christianity would never lend itself to a notion of human beings as subnatural, or permit a war on humans. Christianity holds that humans have an exceptional dignity, and that God made them special.

Smith does not address one other part of the so-called war on humans: an overriding hypocrisy. As many viewers of the YouTube documentary have asked: if the James Lees and the Peter Singers and others who carry signs urging people to kill themselves to save the planet are at all sincere in their beliefs, why do they not kill themselves? Shouldn’t all these pronouncements take the form of suicide notes?

Therefore they are not sincere. Their position, if they were, would be illogical. (Which is fancy Greek for saying it wouldn’t add up.) So what do they want? For everyone to die…except them. Them, and a population of “indigenous” people whom they hope to control. That’s why they would never follow the advice they give others. (Or at least, not all of it. They probably won’t have children, but only because they don’t want to take care of them.)

Beyond the hypocrisy, are those who suggest the environmental movement aims only at ending the maltreatment of animals, or pollution of the air, land and water. Smith points out one problem: according to this new movement, humans themselves are the pollutants. Not merely the polluters, but the pollutants. That’s why he calls it a war on humans.

Evolution and creation in NJ District 12

War on humans? A review | Creation Science Hall of Fame