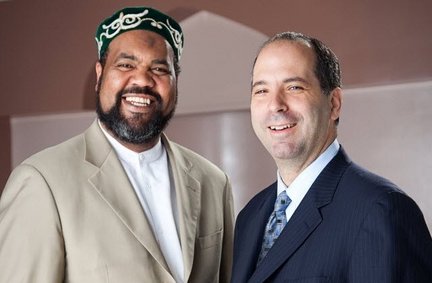 Your alert about the peril of the Nazis on April 20 was brought to my attention in good time, but I was so busy alerting friends about the Muslims that I forgot. As it turned out, I was more correct than you, which is a shame, since you’re an associate regional director of the ADL, Florida, and one would expect that you would be far more informed than I.

I’ve been busy reading about all the Muslim activity against Jewish kids throughout the country, particularly on the west coast, but also in your state.   (Do you know about Florida Atlantic University – FAU?) Jewish students are in danger at most colleges and universities these days, from Muslims and sympathizers, and I find the lack of reference to be unnerving.

I’m reminded of an outreach event I attended at the Maltz Museum of Jewish Heritage in my state, Ohio, where one of the two guest speakers was an imam – and not just “any imam,” but the director of ISNA – that’s the Islamic Society of North America. In case, you haven’t heard, ISNA is the largest Muslim organization in the US (and Canada), and it has been around since 1963. The attacks against the Jewish kids are perpetrated by the Muslim Student Association, which is under the ISNA umbrella. ISNA was one of the unindicted co-conspirators in the Holy Land Foundation terrorist-financing case, a member of the Muslim Brotherhood with ties to the terrorist Islamic Association of Palestine and Hamas.  In fact, Sami Al-Arian, an assistant professor at University of South Florida, who was called a “master manipulator” by a federal judge, pleaded guilty to one count of “Conspiracy to make or receive contribution of funds, goods or services to or for the benefit of the Palestinian Islamic Jihad, a Specially Designated Terrorist.” (I believe he served no time but agreed to being deported.)

ISNA and this Imam, Mohamed Magid, have been providing the US Bureau of Prisons with extreme orthodox Wahhabist clerics who promote their radical political, ideological, and theological agenda; and he provides as much as 79 percent of the imam clerics for North American mosques. Aren’t you wondering why the Maltz Museum hosted this fiasco? I did.

Everything this imam said was a lie, but Islam (not Nazism) is at war with the Jews, Christians, and all non-believers of Islam, and Islamists far outnumber the Nazis. I knew to expect his rhetoric, lies and propaganda, because these are Islam’s weapons of war, at least for now. However, there’s plenty of proof that once the Muslims hit a certain percentage of the population, then they can start their riots, threats, rapes, and all-out bloodshed. The evidence is obvious in France, Sweden, Norway, Belgium, Nigeria, and . Actually, proof abounds that Islam is at war with five religions in about 40 countries. 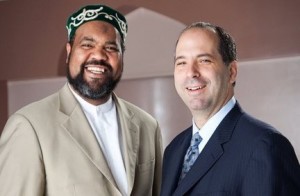 What really bothered me most, Mr. Tanen, was the rabbi, Robert Nosanchuk of Anshe Chesed Fairmount Temple. He must be getting his information from your sources. No matter what the imam said, the rabbi sat there, quietly. It appeared that he agreed that Islam and Judaism have the same God. He also sat quietly while the Imam said that Sharia law (the harshest legal system on the planet – that controls everyone’s life, torture and death) is like Kashruth – an extremely compassionate method of preparing animals for food. Jews don’t even slaughter animals the way Muslims slaughter their own citizens – their own children, in fact!

And anyone with half a brain should know that the Qur’an demands Muslims not befriend Jews or Christians, except as a method of conquest, and the rabbi just sat there, both of them discussing their 10-year-friendship. Of all the social justice issues that interest him, not once did the rabbi mention the situation of Jewish students. His compassion also didn’t reach out to women, as this was just shortly after Ayaan Hirsi Alli was disinvited from Brandeis University. I raised this question during the Q and A, and was dismissed – the rabbi looked completely in the dark. In fact, they both had a very practiced method of ignoring questions they didn’t want to answer, or they answered in such a convoluted way, that baffled everyone and foiled challenge. Believe it or not, there was a charge for this mess; I’d rather the money had been directed to victims of Islamic programming and terrorism.

Are you and Nosanchuk naive? Hoodwinked by the dishonesty in the media? I even suggest that the rabbi is at war with the Jewish people – since he does nothing of value for our people. The temple over which he presides is Reform… so he may well be affiliated with J Street. J for Jihad, I figure.

What is the ADL doing?

What is the ADL doing these days? Is this organization protecting anyone at all? Are you contacting the learning institutions to advise them of Islam, or remaining focused on Nazism? Have you tried speaking out against the Common Core books that are so Islamized and sexualized that our kids don’t have a chance of getting a decent education? I have reviewed several current history textbooks and they are so distorted and whitewashed, that this generation will be the least intellectually capable of dealing with the subversive threat to our country, coming from the Muslim Brotherhood, its American Islamic supporters, and the Bill Gates Progressives.   But they’ll be very non-thinking, compliant workers for an increasingly tyrannical regime.

I’d welcome your comments, Mr. Tanen, if indeed the ADL is doing something of value for our people. Thank you.

Muslims and rebuttal of denial

Patriot responds to Step One: History

ADL, are you alert or what? | feedreadnews.com

So, now we have it, mainstream Jewry complicit in the covert activities of Islamic terror-sponsoring organisations, or is that too much? One expects such tidy timidity from reform Judaism; after all, one wouldn’t want to hurt the poor Muslims’ feelings, eh? And that is a nice sentiment in the face of the continued murders, rapes, wholesale barbarism perpetrated throughout most western countries in the name of that prophet guy and his illusionary spirit. It is insulting to everyone with a brain, a heart and soul, period.

If by “mainstream Jewry” you mean the J Street crowd, I agree with you, as I’m sure the author of the article would also. But I will not vouch for what is mainstream, and what is not, among Jews living in America today. About that, I can only speculate.

I would guess most of the Jews who see this Muslim deal as you and I have, have “made Aaliyah,” that is, taken The Way Up to Israel, already. But again, that’s speculation. I have no survey to tell me that. But I do remind you that the Jews of Ukraine are already rushing the customs gate to “make Aaliyah” as we speak.

“I do remind you that the Jews of Ukraine are already rushing the customs gate to “make Aaliyah” as we speak.”

Really? Last I heard more were heading for Germany than for Israel. Jewish immigration to the Middle East is largely a thing of the past. In fact there’s a large ex-Israeli expat community in Berlin (which has done wonders for falafel availability) and not very many of them ever intend to go back.

That’s not entirely in accord with the information that has reached me. And though your adopted country seems to have welcomed the Jews for the moment, I predict that will eventually pass as well.