New IRS emails clearly implicate the United States Senate in the scandal of the way the Internal Revenue Service handled applications for tax-exempt status. The new emails name only one Senator. But none can doubt other Senators also encouraged the IRS to do what they did. This is the worst part of the IRS scandal: we have a Senate not protecting our liberties, but infringing on them.

Judicial Watch, yesterday, released this batch of emails from the IRS headquarters in Washington DC. They obtained these after filing a Freedom of Information Act lawsuit. Those emails speak directly of coordination between the Washington headquarters of the IRS and the IRS office for tax-exempt organizations in Cincinnati, Ohio. Says one:

EOT is working the Tea party applications in coordination with Cincy. We are developing a few applications here in DC and providing copies of our development letters with the agent to use as examples in the development of their cases. Chip Hull [another lawyer in IRS headquarters] is working these cases in EOT and working with the agent in Cincy, so any communication should include him as well. Because the Tea party applications are the subject of an SCR [Sensitive Case Report], we cannot resolve any of the cases without coordinating with Rob.

This directly contradicts the testimony by Lois Lerner, before the House Standing Committee on Oversight and Government Reform. She blamed “rogue agents” in the Cincinnati office for the events of the IRS scandal. This also confirms an earlier, outraged statement by an agent in the Cincinnati office. This agent accused Lerner of sacrificing them to save her own skin.

[Cincinnati] was not just thrown publicly under the bus, but instead we were hit by a convoy of Mack trucks.

The emails specifically name Senator Carl Levin, D-Mich. Senator Levin seems to have summoned Lois Lerner to his office at least once, and sent her at least seven emails. In those emails, Senator Levin asked whether she, as supervisor for tax-exempt organizations, was applying the law. He then gave Lois Lerner a direct order: “Hammer those groups.” He seems to have meant any groups with the words Tea Party or the word Patriot(s) in their names. Furthermore, Senator Levin’s communications with Lerner go back to the 2010 midterm election cycle, not merely the 2012 Presidential and congressional elections. 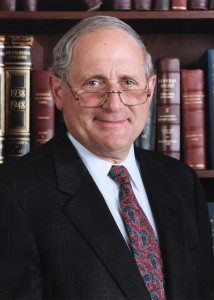 Senator Levin has always said the IRS scandal was no scandal. He has complained often that’s certain groups, organized for social welfare purposes, are actually doing political things. The problem: Senator Levin has been peculiarly selective in judging these groups. Of 12 groups he named, only one has a leftist political stand: Politics USA. Why Senator Levin should have been interested in that group, the documents do not make clear. Perhaps he had an internal political dispute with that group leadership. Or perhaps he needed to include one leftist group so he could deny that his main interest was in not allowing conservative groups to form or to act.

Under IRS regulations, organizations formed under Section 501(c)(4) of the Internal Revenue Code do social welfare activities. If half or more of their activity is explicitly political, they must organize under a different section of the code, perhaps section 527. But, as everyone knows, Section 501(c)(4) organizations can and do have explicitly political purposes, and do their work over many years. Why should Senator Carl Levin take an interest in them now? The most likely reason: most of these groups take a philosophical stance with which Senator Levin does not agree. He did not want such groups putting forth a message that would lead anyone to vote against him or any of his allies in any election cycle. Those allies would also include the de facto President, Barack H Obama.

Mr. Levin is not the only Senator to speak in this way. Senator Sheldon Whitehouse, D-R.I., has said many things similar to this. Nor can anyone forget Representative Elijah Cummings, D-Md., who opened an investigation of his own into a particular 501(c)(4) group (True the Vote). He did this, though Congress does not open or run criminal investigations. The Constitution specifically fobids this. Article 9 section 2 reads:

Any Republican Senator, trying to tell the IRS to investigate leftist political groups, would risk expulsion from the Senate. But the Senate is not likely to expel Carl Levin or Sheldon Whitehouse. Indeed, Senator Harry Reid, D-Nev., the current Majority Floor Leader, has arguably said and done worse than this, from the well of the Senate and from his office. All three of these Senators agree: some Americans deserve greater protection of their freedom of speech and action than do others. In so doing, they all break Article 9 Section 2. They are all effectively passing bills of attainder against those persons and groups who disagree with them. Nor is the next midterm election cycle likely to provide relief. The Senate can only expel a member if two thirds of all members concur. The Republicans are likely to gain a majority of Senators, but not two thirds.

So the IRS scandal now involves more than the IRS. Republicans and conservatives thought it involved the executive branch. Maybe it does. But worse than that, it involves the legislative branch. The United States Senate has ceased to be a protector of the liberties of the people. The United States Senate is now behaving more like the Roman Senate, which was never a representative body at all. Sadly, the people have no tribunes of the plebs to protect them against the excesses of Senators Levin, Whitehouse, and Reid. So the IRS scandal now shows that the people have no protection, unless they can all decide which is more important to them: essential liberty, or such economic security as they gain from one or more government programs. Benjamin Franklin’s warning about sacrificing liberty for safety now takes on a meeting even less noble than he would ever imagine.

We cannot ignore the failure of Republican politicians, especially in the House of Representatives, to learn these facts much sooner than Judicial Watch has done. Representative Darrell Issa, R-Calif., Chairman of the Oversight Committee, could and should have granted immunity to Lois Lerner long before today. He then could have forced her to answer a simple question: who, in the White House or the United States Senate, ordered you to stop conservative groups from forming or acting in the 2012 election cycle? (And how long has this been going on?) Then again, Judicial Watch formed in the last century, to stand in for a dilatory Congress that wouldn’t enforce the law of the Constitution.

Again, the only way to stop the IRS scandal or anything like it, is with the votes of the people. All the people must decide whether they want the Senate to resume its function as protectors of the people, or keep changing into an assemblage of royal or “noble” wannabes.

Eric Cantor: why he lost

Levin is a known life long communist…that aside, politicians have long ignored the voters that elect them in favor of their “contributors” that finance their elections and fill their pockets. It’s about wealth and power, not “serving the people”.

If they are getting all worked up over what they see in those emails, when are they going to get worked up over the Bush/Burleson tag-team treatment of IRS officials in order to get those “basketball ministers” at Pepperdine and elsewhere all of that tax free money.

Senator John Tower, as I recall, was also involved in that effort before Bush and Burleson moved in on the IRS and “got ‘er done”.

Only when a majority of the country turns atheist, I shouldn’t wonder. This is a red herring. Senator Levin was trying to abridge the freedom of speech. And to a considerable extent, he succeeded.