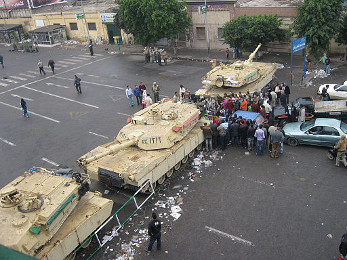 During his campaign, de facto President Barack Obama promised to build a civilian security force at least as well armed as the military. Lovers of liberty have feared his intent to declare martial law ever since. Yesterday a report appeared in a major newspaper, giving the American people fresh reason to fear such martial law.

Deputy Secretary of Defense William J. Lynn issued the final martial law directive on December 29th, 2010. He did this during the winter holiday season. No one would be likely to pay attention. Considering what that directive says, he acted shrewdly indeed.

Directive 3025.18 provides for Defense Support for Civil Authorities, or DS CA. Most of that support would be of the kind anyone would normally expect. Say a major fire broke out in a city, and the local fire department could not cope with it. To have the military help put out this fire would make sense.

But Directive 3025.18 goes further. It says the President may send troops to quell uprisings. One of two things would have to happen before the President could do this: 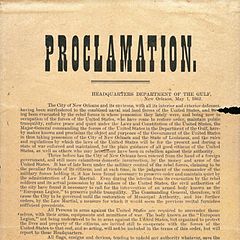 This comes close to violating the Posse Comitatus Act of 1878. President Rutherford B Hayes signed this into law. It was a direct response to the spectacle of federal troops supervising elections in the South after the War Between the States. Under that law, military forces do not engage in civilian law enforcement. (They may not, literally, serve as posse comitatus, or “the power of the county.”) The law allows rare exceptions, like extreme weather or rebellion. This directive goes further than that and allows martial law in a circumstance falling well short of active rebellion. Or perhaps these are pretty secretary issue this directive in anticipation of rebellion.

Why might the presidents have to declare martial law? What kind of circumstances did the deputy secretary think of when he wrote it? Look again.

The directive speaks of “prevent[ing] significant loss of life or wanton destruction of property” and “restor[ing] governmental function and public order.” What sort of event would start marauding mobs killing people and smashing things? A food riot, maybe. Certain people, who call themselves preppers, have long urged ordinary people to stockpile food against the day when the local grocery store cannot get any new supply, and a mob might storm the store and strip its shelves. This did not happen even in the aftermath of Hurricane Sandy in 2012. Someone must think it could happen in the near future.

Refusal to support the feds

Look also at the second condition:  if State or local authorities can’t or won’t defend a Federal Building or support a federal function. What might that function be? The Washington Times, reporting on this story yesterday, gave a clue. During the recent confrontation with rancher Cliven Bundy in Nevada, Barack Obama seems to have considered sending federal troops to arrest Bundy and his supporters on or near his ranch. Obama did not do this. But this highlights the very purpose of this directive. A procedure for martial law, in an isolated incident or more generally, is now in place. And it has been in place for more than three years.

Joseph Farah at WorldNetDaily, and Anthony Martin at examiner.com, are paying attention now. But we all should have paid attention when Directive 302 5.18 came out. It means Barack Obama and his underlings expect that the United States economy will collapse totally, to an extent people have not seen even after a hurricane or tornado. They also believe a time may come when State and local authorities refuse to support federal law enforcement.

This is already happening. Sheriffs are already refusing to support measures for a federal registry of guns. Mississippi recently passed a law saying any federal agents, trying to enforce gun control in their State, would be subject to arrest. In light of Directive 3025.18, and the Washington Times report on it, we must assume someone in the federal government wants to send federal troops to take over State and local governments. If this is even possible, then a state of martial law already exists. That is worth remembering in elections to come, as long as those elections will take place.

Out of sight, out of mind

Liberty and prosperity in NJ?

[…] via Martial law tools in place | Conservative News and Views. […]

[…] By   TERRY HURLBUT via Conservative News and Views […]

[…] three and a half years, the United States military has labored under a directive allowing the (de facto) President to send troops in when local authorities cannot or will not do […]