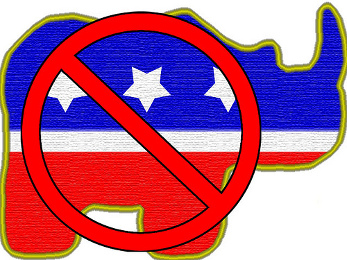 I continue to wrestle with the Gallup Poll reporti regarding the most liberal and the most conservative states in the Union. The poll stated that after the 2012 presidential election, the nation was 38% conservative as opposed to 23% liberal with the balance attributed mostly to moderates. The breakdown in New Jersey, notorious for being “blue” and #9 on Gallup’s 10 most liberal states list, is more than interesting. According to Gallup, the Garden State is 27.1% liberal and 37.6% moderate, which leaves 35.3% of the state conservative. The stats for Massachusetts, another notorious blue state and number 3 on Gallup’s most liberal list, is 38.1% moderate, 30.2% liberal and 31.7% conservative. The poll stats for these two states indicate that the liberals with their lower percentage rates dominate the conservatives. In other words, the minority is dominating the majority.

New Jersey is a good example of why conservatives do not dominate the state. In the 2012 presidential election, the Garden State voted 58.3% for Barack Obama. This was significantly up from the 54.09% that voted for him in 2008. Most analysts believe that the increase was the result of Hurricane Sandy and Governor Christie’s praises for the leadership qualities of his new best friend. But the 58.3 and 54.09 percentages also tell a different story. According to Gallup, 69% of the 35.3% conservatives in New Jersey that identify as Republicans equates to 24.36% of the voters. Should only these conservative Republican voters turn out in the Garden State, the numbers on Election Day would be significantly closer. In a state that is only 27.1% liberal and over 35% conservative, the obvious answer is that either the 35.3 percent are not voting their political values or they are discontented with the choices they have. Either way, conservatives have surrendered the state to liberals by default – and part of the problem may be the Republican Party. 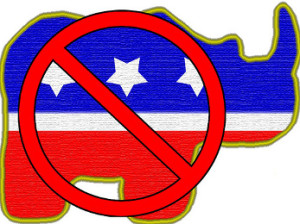 The good news is that even blue states like New Jersey or Massachusetts are flippable. That is not to be taken lightly. Additionally, Gallup also reported that conservatives have a nationwide advantage over liberals by 15.9% – and yet liberals have hijacked our government.

The worst case scenario: conservatives need to increase their voter turnout. It seems logical to assume that the 3 out of 10 conservatives that stay home on Election Day do so because they don’t like the candidate choices the Republicans have forced upon us any more than I do.

How do we change our choices?

A good/promising case scenario: in instances where real conservatives are running against RINOs in the primaries, and where real conservative legislators are being targeted by their own Party, once again, we have to vote. The stats show that we have the numbers to turn things around more quickly than most of us may have imagined, but we need to vote. Part of the problem is that we have believed the propaganda – that America is liberal leaning and that things can’t be turned around, and so many have become either complacent or apathetic. To complicate matters, the establishment Republican Party will throw all kinds of money and propaganda at anyone who challenges their cronies. Conservatives need to be wise and resist the temptation to believe the propaganda. I do this by simply throwing the mailers in the garbage. If they can afford these expensive glossies, chances are they are receiving support from the establishment Party.

Apply the Power of One

The final solution may be obvious but it will not be easy. In a state like New Jersey, all that is needed to flip the state is 5 to 9%. This can overwhelming be accomplished if every conservative voter purposed in their heart to bring one other conservative non-voter to the polls on Election Day. The results would be astounding. Furthermore, by re-energizing the voter turnout and consequently the election results, the likelihood of being able to elect true conservatives instead of RINOs would increase exponentially for the next election cycle. It would be a watershed moment in the history of American politics where We the People took back the government that rightfully belongs to us.

We can do this, America. We can take back our nation without the use of guns, or rallies, or elaborate and exorbitantly funded campaigns. All we have to do is realize the power of one: the power of bringing one conservative non-voter to the polls on Election Day can not only flip a state like New Jersey and the other liberal states and districts – it can flip the entire nation. The libs may have their media and the RINOs may have their fully funded war chests, but We the People have the Power of One. Let’s use it while we still can.