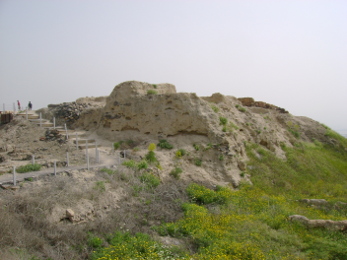 The Old Testament is filled with instructions from God that modern day philosophers find puzzling. This is symptomatic of man thinking that God and His ways have to make sense to our small and limited brains, when in fact God tells us that His ways are not our ways (Isa. 55:8). We often fail to understand that God sees all of history laid out before Him, while we only see a small slice of it during our lifetimes. So, when man decides to do what is right in his own eyes and not in God’s, at some point he usually finds himself in a maze of problems that could have been avoided had he only listened. 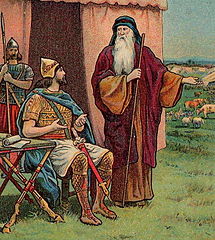 King Saul is a good example of someone disobeying God, justifying it somehow and thinking that his ways are better than the Almighty’s. When King Saul is anointed as king over Israel by the prophet Samuel, Samuel gives him specific instructions from God that Saul is to annihilate the Amalekites (1 Samuel 15:1-3). But Saul didn’t listen. He took King Agag of the Amalekites as a prisoner and kept some of the livestock. This would seem to indicate that at least King Saul followed some of God’s instructions and killed the rest of the Amalekites. However, their descendants appear over and over again in the history of Israel after the time of King Saul in the times of Hezekiah and Queen Esther. And in all the times they are mentioned, they continue to be enemies of the Jewish people.

But exactly who are the Amalekites?

King Saul, the Amalekites, and the Arabs

Again, since the Amalekites make other appearances in the Bible after King Agag is captured by King Saul, it can also be assumed that many of the Amalekites either escaped King Saul’s attack, or King Saul simply spared some of them. Either way, God’s instructions were not carried out.

The importance of King Saul’s disobedience and its repercussions upon us today should be obvious. While the God of the Old Testament is sometimes considered cruel and warlike when He ordered an entire group of people to be annihilated (including children), perhaps we can begin to understand His motives a little bit better from our vantage point in history – especially when it comes to ISIS, who are the Islamic descendants of the Amalekites. It should also be note that the first “I” in ISIS stands for Islamic. Contrary to what Mr. Barak Obama and his minions would have you believe, ISIS is an Islamic organization, and they still practice all of the ungodliness that angered God in the Old Testament.

If it still seems cruel that God would order the annihilation of these people, consider the comments being uttered by many Americans today that ISIS should be bombed to kingdom come. Have these Americans come to understand, finally, that a people such as this cannot live in harmony with the rest of the world? Have these people begun to understand that God knew what He was talking about and had long term reasons for ordering the annihilation of the Amalekites, who are still barbaric, ruthless tyrants that begin to train their children from the time of birth on to be the same barbaric and ruthless tyrants as they are? Those who believe America would be justified in wiping them off the face of the earth should also believe that God has finally been vindicated. No, He was not a cruel and heartless war monger but actually a lover of peace Who fully understood that peace could not be realized as long as Amalekites (either ancient or modern) existed.

King Saul had the opportunity to avert a good part of the terrorism we are experiencing today, but he chose not to listen to God. And as always, even when God doesn’t seem to make sense to the rest of us, He always knows what He is doing. Unfortunately, it seems that man is destined to find out the hard way that God’s ways are better than our ways – whether we can understand them or not.