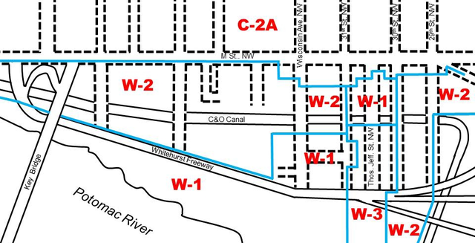 This is a story of lies, political corruption and arrogance that led to the extortion of a respected small business owner and effected an entire community. The names have been altered to prevent further harassment by town officials.

William’s independent grocery store has been a staple in his mid-western community for decades. William is an industrious and dedicated black business owner operating in a primarily black neighborhood. He works long stretches and spends hours building community relations to learn his customer’s food preferences. Because of tough competition, William succeeds by listening.

This is how he stocks the produce and products the community members want most.

William had no idea his business world was about to be upended, when one afternoon a local code enforcement officer entered his store. After small talk, the officer toured the grocery store taking notes on a pad, but saying little.

Several days later, William received notification of a series of code enforcement violations that required mitigation or he would face stiff fines and the possible closing of his business. The grocer was stunned. He always played by the rules, but suddenly encountered regulations he never knew existed. Worse, the mitigation was so costly it could throw him into

bankruptcy, or out of business.

Shortly after receiving the violations notice, William had another surprise visit from Beth, one of the town commissioners. The official informed William that the mayor desired a meeting in his office with only the commissioner, William and the mayor present.

Somewhat suspicious, William agreed to the meeting, and then called his friend Benjamin, another town commissioner. Beth rebuffed Benjamin’s request to attend the meeting explaining that the town’s ‘Sunshine Law” prevents more than one commissioner from meeting officially with the mayor unless the entire board of commissioners was present. She suggested Benjamin check this with the town attorney, who quickly agreed she was correct.

The day after the “closed door” meeting, the grocer spoke with his commissioner friend and recounted the conversation.

“The meeting was brief”, he said. “I was told that all of the ‘code violations’ would disappear, if I would simply stock my shelves with healthier foods as outlined by the mayor’s office. I explained that this was not what my customers wanted and if I tried, they would stop shopping in my store.”

The commissioner and the mayor were unmoved. Their point was simple. Either stock my store with the items the town demanded or face bankrupting code violations. “They warned, if I mentioned the meeting to any other person, my only choice would be to pay the violations.”

With insufficient money to launch a legal challenge, William reluctantly agreed to stock the required products.

It may be comforting to believe this story is an aberration, an unusual occurrence. But, events like this happen regularly in towns, cities and regions across the nation.

Americans can no longer sink their heads in sand hoping these “isolated” instances won’t affect them. Corrupt politicians, greedy stakeholders and un-elected regional boards conspire every day to weave a spider’s web of zoning and other regulations that can easily become bludgeons forcing businesses and homeowners to bend to their will.

Corruption is bipartisan with few boundaries beyond the constraints of personal integrity. This is why community members of all parties must set aside differences, engage in community planning and reject those who would dictate their lifestyles and infringe on their rights. Working together, we can clean up planning and politics.

Several weeks after the ‘mayor’s meeting,’ the town attorney told Benjamin that he had made an error. The Sunshine Law did not prevent his attending the meeting after all.

Not to mention gerrymandering.