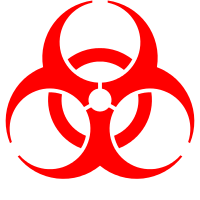 Over the weekend, the first American patient contracted Ebola fever in America. The patient, a nurse, will not give her name. She cared for Thomas Eric Duncan, alias “Patient Zero,” before he died. The CDC blames her for somehow “breaching protocol.” but they have no idea how she broke protocol. Of course they haven’t. Because she didn’t break protocol. The CDC themselves did. And so has de facto President Obama, since Ebola first broke out in West Africa.

The Centers for Disease Control and Prevention (CDC) has four separate protocols, or sets of rules, for handling germs and viruses of all kinds. The CDC explains all their protocols here. Starting from this index of publications, you can download, section by section, their entire manual on Biosafety in Microbiological and Biomedical Laboratories.

Section Four, on Biosafety Levels, sets out the rules. The CDC divides all known germs and viruses that cause human disease into four groups. Each group has its own level of care laboratory designers, directors and workers must take to handle these germs. The levels range from Level 1 (the kind healthy adults don’t get sick one) to Level 4 (the worst of the worst).

Levels 3 and 4 concern us now. The protocol that nurse followed, the one now in place in West Africa with those three thousand troops we sent, conforms to Level 3. A Level 3 suit covers the whole body and has a full-head hood with breathing air pumped in. Still, a Level 3 protective suit is cheap. At twenty bucks, you use it once and throw it away.

To handle Level 4 germs and viruses, one must build a laboratory special from the ground up.To learn more about that, see how the British Health and Safety Executive specify how to build such a laboratory.

A suit like that costs $500 to $1000 to make. And likely to custom-make. We’re not talking about a paper-thin suit with a plastic hood. We are talking about a space suit, one almost as good as a Project Apollo moon suit.

What is the CDC really doing with Ebola?

The CDC puts Ebola virus in Biosafety Level 4. But the Texas Health Presbyterian Hospital, where Thomas Duncan died and this new patient caught the virus, treated Duncan, and is now treating the new patient, using a Level 3 protocol.

There is your breach of protocol, Dr. Frieden! (Dr. Thomas Frieden directs the CDC.) You let people care for a patient with a deadly and highly contagious virus, mopping up his vomit and other fluids too disgusting to mention in a family friendly setting. You step down the protocol to a level below what you ought to observe. Why? Just to save money. Furthermore, you don’t offer any hands-on training to that nurse or any other nurse. Instead you say, “Go read it on the CDC web site.” Sorry, but a web site might have enough information for a novelist researching a fiction project. It is never enough to qualify someone to do such a dangerous job. For that you need to train them hands-on.

You play “gotcha” sometimes, too, to make sure your trainee won’t miss anything. As your correspondent knows only too well. He trained to apply Advanced Cardiac Life Support. That includes handling a device that can deliver a 360-watt-second electric shock. One mistake with that device can kill a person. So my trainer always played “gotcha” during training: “You fail. You shocked me. Look at my elbows on the table. You did not make sure I was clear.” And other examples too many to name.

Training for a Biosafety Level 3 or Level 4 lab or ward includes lots of chances to play “gotcha” in that way. The CDC did none of these things. Nor did Texas Health Presbyterian Hospital And now they have the chutzpah to blame the new patient for doing something wrong? They made two breaches of protocol:

They treated Duncan under Level 3 conditions, not Level 4.

They did not train their health workers adequately, by the standard the CDC itself set.

Worse than that, three thousand of our troops are at risk. They are, at best, running a Level 3 lab in the world hot zone. They should instead set up a Level 4 lab and suit everybody up Project Apollo-style, or close to it. What’s going to happen when those men rotate out of that zone?

Forty years ago, Television City in Hollywood made made-for-TV movies about dangerous diseases breaking out into the public. Some character always did something vindictive, or careless, to cause the outbreak. But nobody ever wrote a script like this, much less developed it.

Someone deserves removal from office on impeachment for, and conviction of, carelessness that surely rises to a “high crime and misdemeanor in office.” Only that remedy will suffice for this travesty.

Wards of the state: lab rats?

[…] these before? Even in a Biosafety Level Three setting, people wear full-hooded suits. (Ebola rates Biosafety Level Four. Those nurses and other attendants should wear pressure […]