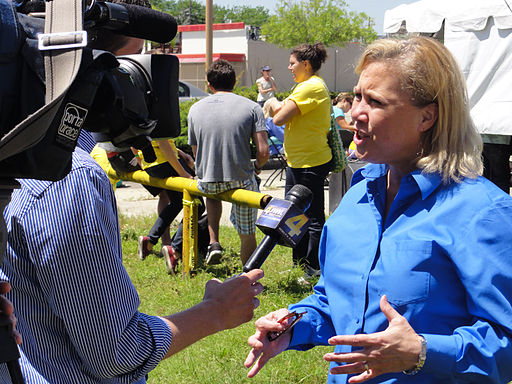 Senator Mary Landrieu, Democrat of Louisiana, still has an active campaign. She faces a runoff on December 6. This usually happens in Louisiana’s “Jungle Primary” that runs on the general election day, not in summer. So why did the Democratic Senate Campaign Committee cancel their ad buys in three key markets? Have they already decided to cut her off? 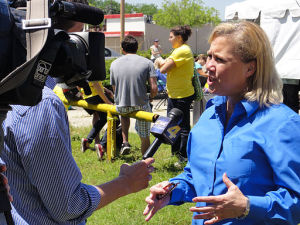 Mary Landrieu insisted she did not follow or agree with de facto President Barack Obama. But she still did not win a clear majority in the election, two days ago. Two Republicans, Rep. Bill Cassidy (R-La.-6th) and Tea Party favorite Rob Maness, ran against her. RealClearPolitics has the results. Between them Cassidy and Maness got fifty-five percent of the total vote. Mary Landrieu got forty-three percent.

The Tea Party knows they can knock Mary Landrieu out of the Senate. They have sent out at least five rounds of e-mails begging like-minded people to send money to a campaign to support Bill Cassidy. Furthermore, according to The New Orleans Times-Picayune, Gov. Bobby Jindal endorsed Cassidy. In so endorsing, Jindal spent more time attacking Mary Landrieu than extolling Bill Cassidy. Local professors don’t expect Bill Cassidy to change his basic message from primary to runoff.

Nevertheless, Mary Landrieu and Bill Cassidy agreed to have one TV debate, in the Baton Rouge market, monday evening at 7:00 p.m. Central time.

But today the Democratic Senate Campaign Committee dropped the bomb.

According to Politico, the DSCC canceled reservations to buy TV ads in the Lafayette, Baton Rouge, and New Orleans TV markets. Politico‘s correspondents asked spokesman Justin Barasky about the cancellations. He said:

Mary Landrieu is a proven run-off winner and we support her 100 percent. We are going to make ongoing determinations on how best to invest in the race. We made the initial reservation when there were concerns that the rates would skyrocket but they have stabilized, giving us more flexibility to make week-to-week decisions.

Markos Moulitsas (that is, Kos as in Daily) probably figured on this the night of the election:

Landrieu should save everyone a lot of money and just concede now.

It makes no sense for Democrats to further invest resources in a race that Landrieu will not only likely lose in December, but a race that no longer means anything when it comes to Democrat control and power in the Senate.

The Republicans already will have 52 seats in the Senate, no matter what happens in Louisiana. (Or in Virginia, where Ed Gillespie will likely ask for a recount. Or in Alaska, where Dan Sullivan leads Mark Begich by more than 8000 votes at last report.)

One reason why Mary Landrieu didn’t clinch the primary and will likely lose the runoff: she lost the white vote. Her share of it went down from 32 percent in 2008 to 21.5 percent this year. Calling her own electorate racist and sexist didn’t help.

The local media seem to have written her off, too. The Donaldsonville Chief carried this piece about her taking in a photo-op at the historic Grapevine Cafe with the Mayor of Donaldsonville and a few other politicians. This editor’s note told the tale:

Politicians in attendance were not there to endorse Mary Landrieu as a Senate Candidate.

Watch to see if the media and the Democrats finally get around to telling the story behind Rep. Bill Cassidy’s (R-LA) H.R. 4493. It could bring him down.

See Peter J Reilly’s Forbes’ article from 6 months ago that dealt with Cassidy’s lame effort to pacify some of his religious constituency.

This will not bring him down. This will make his star rise even higher.

I won’t even bother to speculate on the author’s motive, or yours, to resent ministers of the gospel who get rent-free housing from their churches.

Then again, I happen to know – not just believe, but know – that God is Real.