The results of Election 2014 shocked everyone. Last night the American electorate gave de facto President Barack Obama the worst reprimand of his career. They also showed what conservatives have long suspected: most large polling groups skew their results liberal. Little good it did their brands, or their cause. 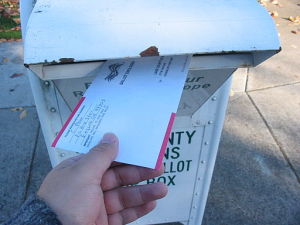 RealClearPolitics has the best overall table of Election 2014 results, in House, Senate, and governor’s races. Town Hall, National Review, and Newsmax have their own reports.

As of this moment, Republicans gained seven seats in the Senate, and lost none. Even Kay Hagen of North Carolina fell before her challenger, Thom Tillis. (Those 700,000 phantom voters didn’t help.) The rout began in West Virginia, when a Republican captured the Robert Byrd Seat. Republicans won even in mail-vote-only Colorado. David Perdue kept the Saxby Chambliss seat in Georgia without a runoff. Mary Landrieu faces a runoff next month. She will almost certainly lose it. (Election officials in Alaska and Virginia still cannot call those Senate races yet. Democrats hold both seats. So they can take nothing back from Republicans, no matter what.)

The Republicans now have the highest majority in the House of Representatives they’ve had in almost a century.

The most shocking Election 2014 results came from governor’s races. Scott Walker and Rick Scott both kept their governorships. Maryland will have a Republican governor. (Remember the Democrats walking out on Obama? It started in Maryland.) So will Illinois! Voters in Illinois handed Obama his worst reprimand of the evening: they elected a Republican to oust Pat Quinn as their governor.

Major polling organizations all skewed their results. And they skewed them toward Democrats. So polls did not warn Democrats they would lose so many races. Nor, in some cases, in landslides. (This has happened before. Most of the time, one must add five points to the Republican to show how he really will do in the election.)

Election 2014 did not vindicate Republicans. Instead it reprimanded Democrats, and especially Barack Obama.

Republicans offered no Contract with America, as they did in 1994. They offered no consistent national vision, other than to oppose Obama and the Democrats. And this paid off for them. The American people could not have rebuked Obama or the Democrats more thoroughly except in person. (And at least twice, some did, by walking out of a rally.)

Obama said, early last night, he would call “a bipartisan, bicameral meeting” at the White House on Friday. Maybe he knew then what the pollsters didn’t want to admit: he would lose, and lose huge.

What will he say? It likely makes no difference. Obama has never kept his word, except to make good on a threat. Expect to see “executive action” going far beyond what the law or the Constitution allows.

But now Republicans have candidates for President in 2016 they didn’t have before. Scott Walker, for one. He now has won three State-wide races in four years: first to become governor of Wisconsin, then to survive when Big Labor tried to recall him, and now to win a new term of office.

The people had to give a reprimand to Obama. Election 2014 did this. But in Election 2016, Americans will choose another President. Republicans must show they deserve the people’s trust.

Jeanne Shaheen rats you out