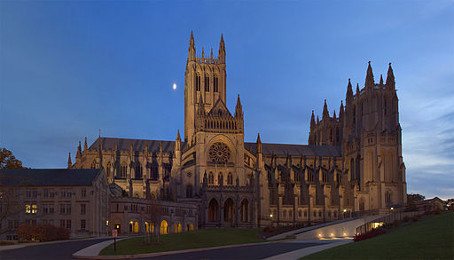 To those of you who read this blog, it’s no revelation that militant Muslims around the world are out to kill or convert Christians. We see how men, women and children are being abducted, raped, tortured and even beheaded. And it’s all put on film as a recruiting tool! Many of you might ask, as I do…

Many don’t watch the news. Many watch the main-stream media, which continues to protect Barack Obama and his corrupt administration by spinning the news. And sadly, many just don’t care.

Why aren’t all of our religious leaders standing up in their pulpits decrying this evil?

Perhaps there are too many who are more interested in filling pews and collection baskets than giving tough sermons. They don’t want to rock the boat by “offending” their more progressive members. They would rather preside over a “church of nice” where they wouldn’t have to preach on hot-button issues.

Abortion is a sin according to the Bible. (Check the 6th Commandment.) How many religious leaders stood up before New Jersey’s election and spoke about abortion? How many told their flock Cory Booker supports late-term abortion (yes that means right up to time of birth) with no restrictions? God forbid (pun intentional) they get political and jeopardize their tax exempt status.

God calls homosexual relationships an “abomination.” (Check Leviticus 20:13.) When is the last time you heard a sermon on this subject? Considering a growing number of Christians don’t believe homosexuality is a sin, shouldn’t it be the subject of sermons, at least occasionally? There are probably more gay ordinations and gay church marriages then there are sermons preaching what God says on the subject.

No wonder so many religious leaders don’t want to talk about Islam and jihad. They would like to believe Islam is a religion of peace. That’s what we hear from the media and progressive politicians in both parties. If that were so, the vast majority of Muslims would have to totally disregard the Quran’s many passages that speak to the killing of infidels – Christians, Jews and others.

But it goes beyond the media and religious leaders. Too many Americans, including people of faith, have turned their backs on traditional Biblical family values and turned toward secular humanism. They’re too caught up in their worldly lives. Consumed by so-called entertainment that glorifies sin while mocking people of faith, many have bought into secular humanist and progressive lies:

And not only the laity – Christian clergy, too

Sadly, it is not just the laity that has embraced the secular progressive agenda. Some religious leaders are doing the same. At the National Cathedral in Washington, DC on Friday, November 14th, in an effort to promote peaceful relations, a Muslim service was held.

Yes, a Muslim service – not an interfaith service.

The Cathedral’s director of liturgy, The Rev. Canon Gina Gilland Campbell, said the service was, “very quiet and peaceful…Everyone was just captured by the beauty of the moment.”

After all, The National Cathedral is part of the Episcopal Church in America. That would be the church that disregards what the Bible teaches about homosexual unions. Beginning last year, under the leadership of Bishop Mariann Edgar Budde, gay and lesbian weddings were welcomed and celebrated at the Cathedral.

What can those of us who care do to effect change in this world? I opened with three questions. Let me use them to give some action plans we can all take:

It’s up to us. Seeking God’s help we can plant the seed for a spiritual revolution; beginning in America then spreading across the world. With God, all things are possible!