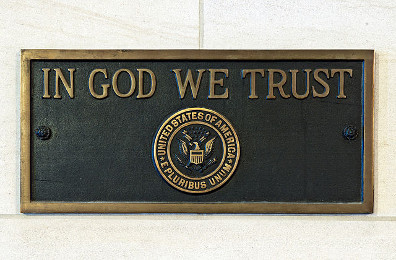 In 2014, it has become hard for those who understand what has happened to America to deny that everything we are and everything we stand for has suffered attacks both from domestic and foreign enemies. We have seen the systematic dismantling of our educational system, our economy, of nearly all our constitutional rights and the breakdown of our borders. We have seen our leaders more intent on accommodating our enemies than protecting our citizens. We have seen our judges more concerned with the rights of criminals than the rights of the victims. We have seen our legislators more concerned with protecting their own careers than protecting and preserving the Constitution, according to their oaths. We have seen numerous attempts to render our military impotent, and we have seen our leaders raid our treasury to buy votes and build the economy of hostile nations. Additionally, we have seen those who should be uniting us dividing us, and we have seen our jobs and livelihoods exported in the name of free trade – not to mention the dismantling of our healthcare system and total disregard for the sanctity of life. And yet – in spite of all these assaults against us – by the grace of God, we are still standing.

Why do we still stand?

Why we are still standing must be astounding those who are purposefully trying to destroy us. They have done everything within their power and everything they can manage outside of their power to reduce us to nothing more than a memory of a failed experiment in government. To be honest, why we are still standing can be a bit of an enigma for our patriots as well as our enemies. It seems the only logical way to explain it is Divine preservation. In one of its historic and poetic books, the Bible recorded such a time for ancient Israel. During the time the Book of Lamentations was written, the nation of Israel suffered greatly as a result of their turning away from God, but they were not consumed. In chapter 3, verses 22 and following, the writer of the Book expresses hope that the time of suffering for the nation does not mean that they will be totally annihilated. He recognizes that they are suffering their just punishment but he also recognizes that God is merciful and that their suffering will not endure forever.

America has not yet experienced the sufferings of ancient Israel, but arguably we are experiencing warnings from God that we must turn back from our evil ways and repent or God will remove the His hedge of protection over America, as Jonathan Cahn argues He did in his book “The Harbinger.” Our greatest hope may very well be that we are still standing. Apparently, America with all her faults must still have a strong remnant that has refused to bow their knees to false gods and empty illusions. In spite of our great apostasy; in spite of the blood of over 50,000,000 innocent babies on our hands; in spite of the perversion of the fourth and tenth commandments and the total disregard for all the others; in spite of the corruption of those we call our leaders and the immorality and debauchery that is now considered acceptable, we are still standing – but only by the grace of God. The question we should be asking is: how long will He continue to protect us if we relegate Him to a small corner of our lives only to be worshipped on Sunday mornings?

There are more questions that believing Americans should be asking: how long will God’s grace cover the multitude of our sins, and how long will God turn His head from those who call good evil and evil good? In short: how long will America stand under the weight of her own sins?

God causes us to stand

The good news is that we are still standing, which means there is still hope. We still have the opportunity to turn and seek His face. There are really only two options for America: should we chose the path of defiance and rely on our own strengths to survive, destruction is imminent; OR should we chose the path of repentance, God’s mercies will cover our sins and we will survive.

Those who argue that America’s place in end times prophecies is non-existent and therefore at sometime in the near future we cease to exist as a super power, have not taken into consideration that the nations that are mentioned are only those who come against Israel. AND… they have not taken into consideration that the churches mentioned in the Book of Revelation are admonished to repent, persevere, and overcome.

Yes, there is still hope for America – but only by the grace of God and only if believers pay attention to His admonitions;

OR…we may go the route of ancient Israel during the time the Book of Lamentations was written and be taken captive by our enemies to suffer unimaginable grief and despair;

OR…we may be totally annihilated and consumed by those who hate us.

The future of America lies in the hands of its believers and those who are called by His name, not in the hands of our politicians or the strength of our enemies. Therefore, America, put your faith in God and not in any man and you will be saved.

Reprinted from The Daily Rant, copyright 2014 by Mychal Massie. Used by permission.

Where are the cowards who hid after the Capitol prayer?