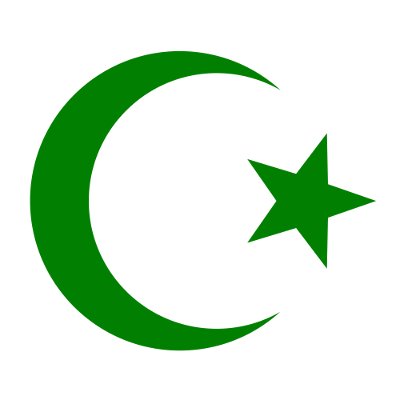 CNAV will not pretend to be Charlie Hebdo. We don’t play in that league. But we do stand by them. What happened to Charlie Hebdo yesterday should warn everyone in the civilized world. The civilized world, not a certain savage, desert-warrior dream world. Two men walked out of that world and murdered twelve people in our world. And they did this in the name of Islam.

Who did this to Charlie Hebdo?

The world has little reason to ask “who did this.” Two brothers, French-born sons of Algerian immigrants, most likely did this deed. Authorities had already jailed one for 18 months for trying to travel to Iraq, probably to join the Islamic State. Authorities consider both men “armed and dangerous.” 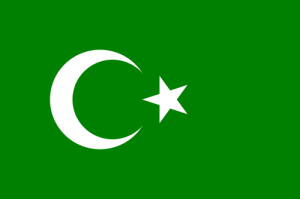 The civilized world must now ask itself: do those brothers understand Islam correctly? They understand their religion commands them to kill people who do what Charlie Hebdo did: publish demeaning cartoons of Muhammad, inventor of Islam.

Charlie Hebdo has lampooned Christianity, too. (Though they probably haven’t lampooned the Christian faith any worse than have, say, Salon or The Village Voice. But we digress.) But Christians don’t bother with those who lampoon their faith. They might try to share their faith. They will discuss, reasonably, any problem anyone else has with it, if that someone will act with reason in turn. (If not, Matthew 10:14 says, “Shake their dust off your feet.”) Bit Christians will not kill. Nor fly airplanes into buildings.

Even Richard Dawkins, inveterate enemy of all religions, understands this. And said it out loud shortly after the BBC reported on the event:

They shouted “We have avenged the Prophet Muhammad.”http://t.co/BPrWhiJidL Some useful idiot will claim it had nothing to do with religion.

Dawkins did not have long to wait. Former Governor Howard Dean (D-Vermont) said exactly that. But Dawkins went on:

No, all religions are NOT equally violent. Some have never been violent, some gave it up centuries ago. One religion conspicuously didn’t.

And why didn’t it?

The Koran and Charlie Hebdo

The Koran (or Qur’an) says:

Then when the sacred months are past, slay the idolaters wherever ye find them; seize them, besiege them, ambush them with every ambush. But if they repent, and follow Allah, and pay the poor-due, then let them go their way. Lo! Allah is Forgiving, Merciful!

Fight those who will not forbid that which Allah commands you to forbid.

More often than CNAV can count, Dawkins’ “useful idiots” have denied those words stay in force today. But they do. The Abrogation Principle says the words most recently written, take precedence over words written earlier. And what words did Muhammad write later than the others in the Koran? The Fighting Words. In Surah 9 and other Surat, Muhammad exhorted his followers to fight, kill, and lie in the name of Islam. He wrote those words from Medina. The city fathers of Mecca kicked him out. He fled to Medina. And there wrote the Fighting Words. And in so writing, canceled out, or abrogated, the Peaceful Words he wrote in Mecca.

But don’t merely take our word for it.

USA Today published an op-ed by a “radical Muslim” as their “Opposing View” to their own, sensible view of this affair. Anjem Choudary lives in London. He lectures on Shari’a law. And he writes:

Contrary to popular misconception, Islam does not mean peace but rather means submission to the commands of Allah alone. Therefore, Muslims do not believe in the concept of freedom of expression, as their speech and actions are determined by divine revelation and not based on people’s desires.

A Muslim’s words, not ours! Choudary brazenly asks:

Why in this case did the French government allow the magazine Charlie Hebdo to continue to provoke Muslims, thereby placing the sanctity of its citizens at risk?

Allow them to continue to provoke Muslims?

The only wrong thing the French did (and this proved a fatal mistake) was to control guns. No one even let the worthies at Charlie Hebdo arm themselves. Had they done so, the two perpetrators would have gotten about as far as did the Dalton Gang in Coffeyville, Kansas. Namely, six feet underground on the local colline des bottes.

CNAV disagrees. By publishing that rant, USA Today gave the world valuable Signal Intelligence on the nature of Islam. Choudary would have taken Adolf Hitler’s and Josef Goebbels’s breath away with his brazen cheek. Even Antonio Lopez de Santa Ana, who famously ordered his troops, “Give no quarter!” on the day he took the Alamo, would have envied a manifesto like that.

The foundational documents of Islam declare war on civilization. Many of us have long claimed that. Many others still dispute that. But yesterday two evil Muslim brothers vindicated us at the offices of Charlie Hebdo. This morning, a practicing Muslim cleric vindicated us again.