As of the last redistricting when my town was moved from the 12th to the 4th CD, for the first time in many years I began to feel that I had representation and a Congressman who would be amicable and understanding to issues which concern me.

However, I began having some, shall we say, renewed concerns after looking deeper into your past and voting record which included being registered as a Democrat.  It appears the only real conservative issue you have been consistently supportive of, is the right to life.  Good for you on that.  As important as it is to value and protect innocent life, there is much more to being a Republican and a conservative than that one issue. 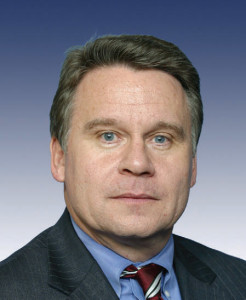 Still remaining a concern was your support of the Card Check fiasco which would have given union officials (some might say, thugs) the ability to monitor how employees and  members vote for officers and other important business.  Granted, you have been quoted as apologizing to your constituents for that support, and that’s good. But, it’s a matter that puts into question what your thinking could have been.  That is, prior to your evolving.

A question arises given your early years in the Democratic Party, a group by the way, which has not evolved such as have you, but has in fact regressed deeply into socialism.   Does there remain in you, vestiges of a left leaning ideology which had originally lured you to that party?  There is a fundamental culture and belief  people on the left have regarding their perceived right to abridge and infringe on the US Constitution in order to satisfy personal dogma.  We all pray we are not being represented by a Republican who harbors such beliefs.

Chris Smith on the Second Amendment

While you have cast a few votes in support of the Bill of Rights, concerning manufacturers of firearms protecting them from being sued if their product was used in a crime, you have failed miserably in protecting  the rights of your individual constituents in most other areas regarding the Second Amendment.  Hence the purpose of this letter.

One of your, shall we say, attacks on the rights of the citizens was requiring intrusive background checks which would prevent the purchase of firearms without a three day waiting period.  Please understand Chris, I, nor anyone I associate with, want criminals and the mentally unstable to be able to walk into a gun dealer or gun show and illegally acquire weapons.  No one in their right mind would.

But there is a way to prevent that, a much better way than background checks on private, law abiding citizens.  Those background checks infringe on a citizen’s right to privacy and his right to own firearms without being intimidated by his government.  Therefore they are unconstitutional and elected officials or appointed regulators who create and enforce them are guilty, not just of breach of oath, but of civil rights violations.

As you know, more an more of our private lives are being scrutinized and recorded and used against citizens by an ever increasingly powerful federal government. (ref: IRS Scandal)  The extent and growth of this tracking, which is nothing more than a free pass to monitor the legal activities of law abiding citizens, has begun to create a sense of living in the Soviet Union as opposed the the land of the free.

Except for certain IRS emails, we all know that once the government is given the authority to place information into its data base, it will be there forever, despite any claims to the contrary.  That is why they cannot be allowed to create a data base of citizens who have chosen to take advantage of their Second Amendments rights.  After what we have seem in these past 6 years, could you Chris, or any sane person actually say they are comfortable with this government compiling information on them?  I would certainly hope not.

Working here in New Jersey with  the  SAPPA Group, which is taking on this state’s illegal legislation and those legislators, judges and unelected officials perpetrating those activities, we have now expanded our effort to the federal level.  When we are successful at getting New Jersey in compliance with the requirements of the Constitution we do not desire to discover the federal government has been just as busy destroying liberty as has New Jersey.  That would not be good.

It is important for you to understand the concerns of the citizens and why we have undertaken the effort to produce the National Criminal Registry Act (NCRA) and are now presenting it to you, for your consideration.   Please understand that this bill, while it is legally formatted and months of research has been devoted to it, it requires more work before its ready for sponsoring in the House.

A reading of NCRA will quite clearly explain why this bill is needed and how effective it would be in protecting society while not infringing on its rights.   If the true nature and desire of lawmakers and politicians, such as yourself,  is to keep firearms out of the hands of those who should not have them, as opposed to keeping law abiding citizens from availing themselves of their constitutional rights, this bill will fulfill that need.

The National Criminal Registry Act  and an associated document have been enclosed herewith.  Please take enough time to read and understand the concept and value of this proposed legislation.  Our group passionately believes many lives can be saved and civil rights preserved if this bill were put into law.

In closing I wish to apologize to you if my remarks appear to be less than respective of your position and standing.  But it is very important that you understand that even as I respect the work you have done which has enabled you to be in the position to represent me and my fellow citizens, that respect must be a two way street.   You must also understand that the days are gone that saw politicians glad handing during campaigns and then operating behind closed doors and with impunity.