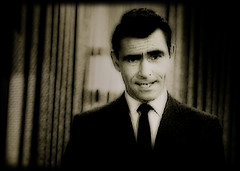 Many of us who are old enough to have been around back in what are sometimes glowingly called the “good ole’ days”, remember too, how the decisions on who set the rules, who got to play and who didn’t, what they would play and what they would not, were decided by just a few.   These were the aggressive ones.  They were not just strong willed but they were always ready and eager to take on anyone who might pose a challenge.  The rest of kids who were not willing to take a stand or chance an unwanted altercation, were willing to follow.  So quietly and without a peep, follow they did.

Of course, in today’s fair America our children are growing up with the 24/7  entanglement of parents, teachers, coaches and elitist do-gooders imposing regulations, politeness and  fairness  in every aspect of their lives.  These rules made it possible for the kid who couldn’t catch a baseball, even if it was as soft as a marshmallow and as big as pillow, to get to play in every game.  When truth be known,  probably, if it weren’t for his wanna be ball-player-papa, he would rather be somewhere else, doing almost anything else.

But some would say its not fair to deny a child playing time.  And its not fair that some players get trophies and some don’t.  Its not fair that one team should get more runs or score more points than another.  So, the only answer is to give everyone a trophy and not keep score.  There, you see, everyone is happy.  But most likely, not for long.

This need to be fair and diminish competitiveness, has stifled the growth of natural leaders and has created for America a preponderance of moderates.  Sheepish non-competitors sitting around waiting for something to be handed to them and hoping that someone else does what’s needed which will allow them to keep it.  They are willing to ignore trouble, deny obvious evil, close their eyes to murder, misery and mayhem.  They know, because they have been told so their entire lives, the world is fair.  Nothing to fear, no one will score more points or get something they don’t.  And everything will be okay.

Islamic terrorists have no 24/7 entanglement with those who teach fairness.  Just as schoolyard bullies, small in number but large in dominance, create the rules and set the agenda, so too do the Muslim extremists.  It is the way of their past and they fully intend for it to be the way of their future.  For not just these last 20 years, which seem more relevant because we have witnessed them, but for over 200 years, nary a single week has passed without some murderous atrocity having been committed in the name of Islam.

The  blood of rivals and infidels is being spilled around the world, everyday.  Women are raped and then punished for it, homosexuals are thrown from roof tops, non-believers are decapitated, and the arms and legs of innocent children are splattered on the walls of school buildings and cobblestone streets.   What have we been told?  Nothing to worry about?  These Islamic murderers are just a small minority.

This of course should provoke two questions which have been ignored across this planet for far too long.

1. If  any portion of the moderate majority obeys the radical minority can they still be considered moderate?

2. Will the moderate majority demand that the radical minority stop killing innocent people?

The answer is, without a doubt, NO!  Moderates will not interfere or resist because, well, they are moderates.

Referring again, back to our early years, there was a TV show called The Twilight Zone.  It was made up of half hour episodes where the people found themselves in un-explainable situations.  These shows were both fun and scary.  One episode has stood  out over these many decades as much more scary than fun.  It was called “The Eye of the Beholder”.  In that episode, everyone was under the belief that ugly was beautiful.  Real beauty was reviled and mutilated as the grotesque features of the truly ugly were ignored and deemed normal.

Much of our world is now experiencing our own Twilight Zone, as the ugliness of Islamic Jihad, murder and mayhem are ignored or treated as normal, while those who would warn of its deadly nature undergo not just psychological mutilation, but physical as well.   Recall if you will, that usurper in our White House has issued fair warning.  He told us there will be no future for those who disparage Islam.

Across the globe Muslim fanatics are being protected by laws which should be incarcerating them.  They are infiltrating every country in the world, building and training armies of radicals and moderates who will follow orders, to annihilate your religion, eradicate your culture and end your liberty and your life.

Think Islamic murderers represent just a small percentage of Muslims and therefore, unless you happen to be very unlucky and find yourself in the location of a suicide bombing, what’s to fear?  Let’s run some numbers.

The German Wehrmacht between the years of 1935 and 1945 had the largest standing army the world had ever seen.  During that decade, as many as 18 million men were under arms for the Nazis.  That army had the world in turmoil as it battled to survive.

The Japanese Imperial Army, during pretty much the same time period, had a standing army of over 5.5 million.  That army laid waste to China and Korea and the entire Far East.

The famous marauder, Attila The Hun, ravaged eastern Europe over decades around 400 AD and then annihilated the Roman Empire.  He never had more than 400 thousand troops under his command.

Even now the army of Red China stands at 2.25 million and America’s is just about half that at 1.1 million.

What does this piece of history and modern day facts have to do with a few radical Islamists?

There are, as we read this article, 1,600,000,000 Muslims not just living in the land of misery, better known as the Middle East, but they have spread like a plague into every country on the face of the planet.  They are building communities and having children at a rate  7 times greater than the native citizens of the invaded countries.  So as we Twilight Zone through our daily lives, as Islamic training compounds grow and radical speech  creates hatred for the infidel, we are told not to be concerned because only 10% of the Muslims are fanatics who would gladly chop off your head or blow it to kingdom come.

So if the Islamic sympathizers who claim just 10% of the Muslim population are in for the Jihad struggle, that number would be 15,000,000  Jihadists.   People who are quite willing to die in order make sure you do too.   And if that 10% of  radicals could coerce, convince or order another 20% to join the cause, that standing army  would peak at about 32,000,000 murdering monsters of mayhem.  With well over 3,600 Mosques already well entrenched in America, with as many as 22 having already been proved to be performing some amount of military type training, radical Imams recruiting new Jihadists, the Obama administration bringing in more Muslims everyday, and our borders wide open,  one needs to ask.

How safe do you feel?

Will you be allowing the government to disarm you anytime soon?

Never would any of us, those who have lived through the good ole’ days, ever have imagined that right here in America we would need to be armed, be prepared or be beheaded.