Rudy Giuliani’s recent remarks about the man now occupying the White House have been the source of many interesting conversations. While admirably proclaiming that he believes Barack Obama does not love America, Giuliani stopped short of calling him “unpatriotic.” But Giuliani is not alone in his reluctance to call Obama “unpatriotic.” Commentators that have been exposing the treasonous ways of Barack Obama also fall short of calling the man “unpatriotic” – as if doing so crosses some invisible line that affects their own credibility. For example, Bill O’Reilly will frequently say that he believes Mr. Obama is a patriot who loves his country immediately after he has exposed evidence that indicates just the opposite. Hopefully, this isn’t the new politically correct jargon that softens the truth, like calling babies in the womb POCs (products of conception) or fetuses?

To be clear, there is a colossal distinction between a patriot and a traitor. A patriot is a proud supporter or defender of his or her country and its way of life. Therefore, how can Barack Obama who has apologized for this country overseas be called a proud supporter of this country or our way of life – or by this definition, a “patriot?” If he were a patriot would he be continually sowing the seeds of division among our own people? Would he be destroying our economy or opening our borders, as well as giving benefits to illegal aliens that our own veterans aren’t receiving? Most of all: would he be trying to fundamentally change a country that he is supposed to love? Perhaps one can argue about the degree of his treason, but certainly any argument that attempts to defend his patriotism is as misguided as the man himself.

What if a president is a traitor?

Although we expect American presidents to be patriots, if they are not is one thing, but if they are traitors – that is an entirely different matter. If the title is deserved, it carries with it the call for prosecution and a possible death sentence. Therefore, it is a strong accusation and one that should be fully understood and defendable before attributing it to anyone – much less an American president.

Article III, Section 3 of our Constitution defines treason, and by extension what makes one a “traitor.” It states:

Treason against the United States, shall consist only in levying War against them, or in adhering to their Enemies, giving them Aid and Comfort… (Underlining added for emphasis.) 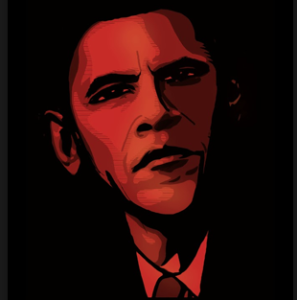 Dictionary definitions vary slightly, but they all agree that a traitor is someone who betrays their own country either by waging war against it or by consciously or purposely acting to aid its enemies. Furthermore, both the dictionary and the constitutional definitions agree that treason is an act of betrayal of allegiance to one’s country and includes furnishing enemies with weapons, troops, transportation, shelter or classified information – in other words, giving them aid and comfort.

Compiling a comprehensive list of how Mr. Obama has fulfilled these criteria would probably not be possible, since the list is extensive. However, his recent action is so egregious it demands attention. And that’s just what some true American patriots are doing.

Why tip our hand on Mosul?

Recently, Retired Air Force Lt. General Thomas McInerney commented on the official press briefing that announced our plans to retake Mosul, Iraq months before the plans would be carried out. He stated in an interview with Megyn Kelly: “It’s absolutely bewildering. We are aiding and abetting the enemy.”

In the same interview, Sen. Tom Cotton (R-Ark) stated: “It’s very mystifying why this administration would reveal potential plans to retake Mosul…If a private in Iraq had revealed this kind of planning inadvertently by leaving a plan in the chow hall or the gym, he might have faced a court-martial, but it’s now become a matter of policy (that) this administration is going to announce war plans in advance.”

Lt. General McInerney and Senator Cotton are not alone is their disdain for the traitorous actions of this administration. Retired Lt. Co. Allen West also agrees. A short time ago he excoriated Obama and accused him of aiding and abetting the enemy when Obama released the Taliban 5 in exchange for a deserter. While some argued that Obama’s actions to release the notorious Gitmo terrorists were based on his campaign promises, West said: “President Barack Obama is bordering on aiding and abetting Islamic terrorism by releasing detainees from the U.S. military prison at Guantanamo Bay.” He continued that the release of these detainees could be interpreted as: “providing aid and comfort to the enemy and aiding and abetting material support.”

It was deeply disturbing to read today that an official from U.S. Central Command, in an official briefing to the media, provided detailed operational information regarding coalition plans to retake Mosul from ISIL. Never in our memory can we recall an instance in which our military has knowingly briefed our own war plans to our enemies.

These disclosures not only risk the success of our mission, but could also cost the lives of U.S., Iraqi, and coalition forces. Given the serious impact of these disclosures, we want to know who at U.S. Central Command was responsible for this briefing, and whether they had prior approval from the White House to divulge this information. Those responsible have jeopardized our national security interests and must be held accountable.

Of course there are many other instances where the actions of Barack Obama can be considered treasonous, since he has weakened the power of the United States to attack or resist its enemies. Among them are the reduction of our military and the absurd rules of engagement that tie their hands in battle, as well as the constant timeline announcements that were heretofore considered peculiar but now can be argued are indeed treasonous since they fit a pattern established by this administration that benefits the enemy and puts us at a distinct disadvantage.

Before dismissing the severity of these actions, we would be wise to remember America’s most famous traitor: Benedict Arnold. Although by all accounts Arnold was once a patriot, he fell from grace and earned his reputation as the Revolutionary War’s most infamous traitor for doing… you may have guessed it… aiding and abetting the enemy. Arnold did this by trying to secretly pass vital battle plans to the enemy. Arnold’s betrayal was discovered and his reputation as a traitor was earned. In 2015 Barack Obama audaciously doesn’t bother to try to hide his passing along plans to the enemy but does it in the open through press conferences.

Nevertheless, whether it is done secretly or in the open – aiding and abetting the enemy is still treason and is a prosecutable offense. Unfortunately, the charge must come from Congress. Should the new Congress suddenly grow a backbone and charge the man now occupying our White House with treason, then he could face a military court-martial and finally be held accountable for his crimes against the Constitution and America. But now I may be the one living in La La land, since the Congress of the new millennia has yet to earn the trust placed in them by the American people. However, hope does spring eternal and if Barack Obama can write a book about the dreams of his father, I can certainly hope that the dreams of our Founders will prevail over those who hate America. And to be clear: traitors and those who hate America are NOT – not by any stretch of the imagination – American patriots.

Luis R. Corchado
We continue to dance around the “elephant in the room” – the Communism take over. Most of the DEM and some of the GOP are surrendering to it.
But, how do one prove intents? It’s hard to do, only after is too late.