Associated Press (AP), one of the largest and most trusted sources of independent newsgathering, reported “Israeli house strikes killed mostly civilians.” It reported 247 airstrikes (bombings) in Gaza during the summer of 2014, killing 840. Of that number, 508 (60%) were civilians, 96 (11%) were terrorists, and 240 (29%) remained uncharacterized. The failure to seek identification of the “uncharacterized” reveals a scheme to reengineer the outcome, and a flawed count can only lead to a flawed conclusion.

AP professes a commitment to the highest standards of objective, accurate journalism over the past 165 years. It employs the latest technology to collect and distribute news and photos, with a 24-hour update process, and has one of the largest collections of historical and contemporary imagery. Headquartered in New York, it operates in more than 180 locations worldwide, including every US statehouse, and has won 51 Pulitzer Prizes since the prize’s establishment in 1917. 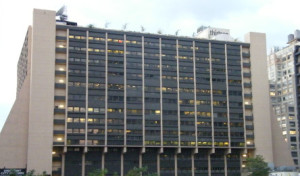 Regrettably, the wire services, which include AP, Reuters, and similar sources of news for broadcast, print media, and on-line news, are responsible for the blatant lies peddled and truths compromised when the original story opposes the Arab Muslim narratives. A recent example was an international wire service report that accused Israel of releasing water to deliberately flood the Gaza Valley, destroying houses and causing hundreds of Gazans to flee. When caught in this lie, Daily Mail apologized and clarified that there are no dams in southern Israel, that the flooding was caused by unusually heavy rain and drainage issues. Al Jazeera retracted its statements and the photos of rushing waters. Similarly, Reuters had been found guilty of switching photos or cropping photo edges, such as when they excluded weapons held by activists aboard the Mavi Marmara during the Gaza flotilla raid. This is serious treachery.

We have now learned that the 240 “uncharacterized” males were indeed terrorists (ages 16-59), changing the total from 96 to 336 terrorists (40%), not an unusual ratio of women and children to terrorists, as these poor victims are customarily used as human shields, whether alongside the rocket sites or within the buildings. Hamas often secretes rockets and explosives in residential homes, which certainly contributes to the civilian casualty count. AP never reports Israel’s warnings to civilians to evacuate residential areas, never cites Israel’s casualties, and never reveals that the strikes are always retaliatory for wars begun by the Arabs.

AP has repeatedly sought to discredit Israel by accusing her armed forces of conducting disproportional warfare against Palestinians, when no war or sport has ever been fought for an equal outcome. From 2001 to July 2014, Palestinians have conducted a war of terror, resulting in psychological trauma (PTSD) to more than 50% of the children and depression and miscarriages to adults, and using more sophisticated rockets (some containing white phosphorus) to reach larger cities. AP did not propose that Israel conduct a comparable rocket attack into Gaza for the sake of proportionality, or suggest Israel bomb Palestinian school buses, or advocate that Israel dig an equivalent number of terror tunnels leading to Palestinian children’s schools and dormitories when Hamas’s were discovered.

In an attempt to further paint Israel as the aggressor, AP incorporates “evidence” to accuse Israel of intentionally targeting civilians. Hence, it presented the fatality figures of 844 against the backdrop of 247 air strikes, an equation of 3.4 people per bombing when, in fact, Israel actually made 20,000 air strikes, thereby achieving a .04 fatality figure per bombing. These percentages verify that AP’s reporters script deceptive, damaging information and that Israel does its utmost to avoid civilian casualties. Israel’s record is in fact, unparalleled.

AP also failed to provide comparative analyses, such as how these numbers match up to other wars and air strikes conducted in urban areas. Withheld information is as dishonest and harmful as erroneous information. In fact, investigative journalist Richard Behar’s studies of conflicts since World War II show that the norm of fatalities is 85 to 90 percent civilian. We might well be reminded of Germans’ killing 28,000 civilians in the London Blitz; Allies’ killing 25,000 civilians when they bombed Dresden and destroyed the Nazi industrial center; our killing 130,000 civilians with our nuclear bombs on Hiroshima and Nagasaki in 1945, which brought about Japan’s unconditional surrender and peace.

The United Nations’ figures cited at least 1,483 Gazan Palestinian civilians killed, with an overall death toll of 2,205, the balance being militants, with the source of information being Hamas-controlled Gazan Health Ministry. AP actually did have access to figures from a trustworthy, private research institute in Israel, Meir Amit Intelligence and Information Center, but chose not to avail itself of them – although they do sort through their information if they can contribute to a war crimes accusation against Israel.

Oddly, throughout the world, Imams spew hate and incite to kill from their mosque podia. Muslims murder Jews and Christians because of their religion or, as with Charlie Hebdo, because of cartoons against their prophet. Muslims (Hamas) fire deadly rockets for (Israeli) territory. Muslims (ISIS) chop off people’s heads and burn others alive, and just kidnapped 90 Christians. Muslims (Boko Haram) kidnapped young girls for sexual slavery and buried some alive. Muslims (Chechens) beheaded Russian soldiers and attacked, kidnapped and killed children and school staff. Muslims appear to have reached the percentage at which they are now capable of conquest of the Nordic countries, and the natives are committing cultural suicide without a fight. And we know of this through AP. Yet AP continues its deception as well as its unparalleled accusations not against Muslims, but against Israel primarily.

Not only has Associated Press become known for its sloppy, dishonest and unreliable reporting, but it has also been accused of biased reporting on the Middle East by its own journalists. Indictments included storylines showing Arabs and Palestinians to be entirely blameless and Israel fully culpable; refusing to print a 2008 Israeli peace proposal when it would have verified Israel’s desire for peace; and killing a story that would have shown Israel appropriately.

It is time these wire services were rewired to overhaul their failed policies, and return to responsible, honest journalism.

Time Mag Tyrant of the Year