As many of you who read TPATH on a regular basis know, we are involved in both research and legal activity relating to the continued civil rights conspiracy of legislators, governors and unelected officials here in New Jersey.  This Saturday, March 28, 2015 we will be having a statewide meeting of volunteers and interested supporters.  At that time we will be laying out, for the first time, details of our campaign.  If you have not yet signed up for this meeting, it’s not too late.  But time is running out.  You can sign up here>>>>>SAPPA SIGN UP You must sign up on the SAPPA page and give us some information on who your are.  We will do a quick check and then include you on the final invitation which will be sent out late Wednesday.  Exact time and location of the meeting will be given in that contact.  Be advised that it is in central NJ so as not to have anyone travel too far.

Now, we have a few questions for those unfortunate people who either live in, work in or need to visit family or friends in one of the many leftist dominated inner cities here in New Jersey. 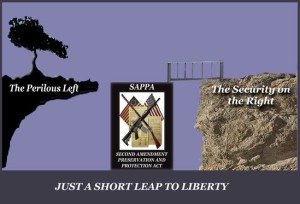 All of you know the answers to the first four questions so there is not much need to go further into them.  So let us delve into 5, 6 and 7.   Many of you will no doubt be slightly offended and it might too be the first time you were given the information you are about to read.  So hang on and hang in.  Your life will become better for it.  It has to. YOU are the number one reason that things have gotten so bad.  Who do we mean by YOU?  We mean every large city minority or poor who has blindly voted for leftist Democrats. The blame is yours.  Your herd mentality has given the leftists uncontrolled rule and power over you and how you live. They have put you in peril and you have put them in power. Have they put you in danger because you are a minority, either Black or Hispanic?  Well, YES!  Everyone needs to start to understand that progressive liberals are the racist elitists in today’s society.  Whether they are white or minority themselves, they do not trust the minority community to behave.  Don’t believe this? Just ask them. That attitude is what has allowed in every large city in this country where Democrats make the laws, a very small number of hoodlums, gang members, drug dealers, rapists and murders, to operate in fearless and open domination.  Concerned by nothing but too late arriving police, they do not fear you.  Your Democratic lawmakers have made certain of that. Before we get into the nuts and bolts of just what this leftist cabal has done over the past ten years there arises now two more questions you should ask.

The following information is factual and well researched.  Some of it will be included in legal actions the SAPPA Group will be taking up very soon.  Keep in mind as you read the statistics below that these scoundrels understand the peril they have created for you in the inner cities.  That’s why they have either armed themselves or moved out. We have the names of those liberals who have armed themselves but we will never disclose who they are.  That is not an option with law abiding conservatives.  However, as you look over the research provided here, keep in mind that many of the most aggressive attacks on your civil rights have been done by “permit carriers”.

Here we go, hold onto your hats, or should we say your Civil Rights?

During the past decade or so the lawmakers you thought were doing nothing, were actually quite busy.  Busy that is wiping their feet on the US Constitution and banding together in an illegal cabal of cohorts using every idea, every bit of their fertile imagination to create laws and resolutions which would deny the honest citizen the ability to protect himself as is consistent  with the guarantees of the Bill of Rights and awarded to him by God. From the early legislative sessions in 2004 until this just completed session, your legislators have written, proposed, primary-sponsored or co-sponsored over 800 new laws, regulations and resolutions which involve your Second Amendment Rights. [ezadsense midpost] Granted, many of those proposals were reiterations of previously rejected infringements or the further enhancement on existing unconstitutional laws and in some instances new laws put forth by conservatives which would stop some of the most egregious illegalities of the left.  (However, none of those bills ever get out of the Democratic controlled Committees.) Here then are some facts that just might “shiver your timbers”.   During the time in question your Assembly persons and State Senators have proposed more than 190 illegal, unconstitutional infringements on our civil rights.   Each of these new proposals violate either the 2nd Amendment, the 4th Amendment, or the 14th Amendment.  Actually most of them violate all three, and several others as well. We have created a list of the top 20 cohorts in crime so you can see just which one of  these deniers of your rights are the most prolific.  He or she might even be your legislator, but for sure, if you are an inner city person, you won’t be seeing them at your local 7-11.

This list above is made up of just the top 20 most aggressively productive Constitution ignoring legislators.  But there are 65 others who also have been involved in the ruination of the Bill of Rights.  Those 65 have proposed anywhere from 10 to 1 illegal laws or resolutions, either alone or in a consortium of many others. To be fair, a few of those listed are no longer making laws here in NJ (Thank the Lord).  Some have moved on to other ventures but are most likely still involved with the destruction of your liberty.  One of them has even been thinking about running for County Sheriff.  How great would that be? Here is a bit of a news flash for anyone who thinks that there is no difference between Democrats and Republicans.  Please be advised that of the approximately191 illegal  proposals sponsored by over 75 lawmakers here in New Jersey over the last several years,  everyone of them – as in all – have been  Democrats.

Knowledge is a bridge to power

We decided to make our research available to our readers. (Without disclosing which of these elites have their very own carry permits.) It is a long list of crimes and infringements.   If you wish you can download the raw compilation of it in a PDF format.  HERE.   As you read some of the attempts at invasion of your privacy, confiscation of your property and complete disregard for your rights, please try to remember this is happening in New Jersey, not Communist China or the old Soviet Union. Finally, even if you are one who feels a strong kinship to social issues and you firmly believe that conservatives are not in tune with you,  regardless of those ideologies, this effort we here in the SAPPA Group are wagering will benefit all of us.  How could it not?  How could greater security not benefit the liberty of us all? If you stop letting leftist elitists control your life, your destiny and your ability to protect yourself and your family you will have taken the small leap required to free yourself from the bondage of liberalism where only the law abiding father or mother find themselves living in constant peril.