The United Nations Offices at Geneva’s website has this to say about its predecessor, the League of Nations (LON):

Born with the will of the victors of the First World War to avoid a repeat of a devastating war, the League of Nations objective was to maintain universal peace within the framework of the fundamental principles of the Pact accepted by its Members: « to develop cooperation among nations and to guarantee them peace and security »

Considering that the LON was a consortium of nations whose objective was to prevent another World War, you would think this failed initiative would be an embarrassment to the globalist movement. Instead, nations around the world sing the praises of the LON and uses its failures as an excuse to resurrect the impotent phoenix in the form of the United Nations and NATO (The North Atlantic Treaty Organization). Their new mantra: we can do it better if only we had more power – and so they acquired more power.

Whether it be the League of Nations, the United Nations, or NATO their propaganda hides more nefarious objectives that are based on the power-crazed appetites of the leaders of the Member States. For example, NATO’s statement of purpose is listed on its website as follows:

NATO’s essential purpose is to safeguard the freedom and security of its members through political and military means.

POLITICAL – NATO promotes democratic values and encourages consultation and cooperation on defence (sic) and security issues to build trust and, in the long run, prevent conflict.

MILITARY – NATO is committed to the peaceful resolution of disputes. If diplomatic efforts fail, it has the military capacity needed to undertake crisis – management operations. These are carried out under Article F of the Washington Treaty – NATO’s founding treaty – or under a UN mandate, alone or in cooperation with other countries and international organizations.

The United Nations claims similar goals. On its website it states:

Due to the powers vested in its Charter and its unique international character, the United Nations can take action on the issues confronting humanity in the 21st century, such as peace and security, climate change, sustainable development, human rights, disarmament, terrorism, humanitarian and health emergencies, gender equality, governance, food production, and more.

The UN also provides a forum for its members to express their views in the General Assembly, the Security Council, the Economic and Social Council, and other bodies and committees. By enabling dialogue between its members, and by hosting negotiations, the Organization has become a mechanism for governments to find areas of agreement and solve problems together. 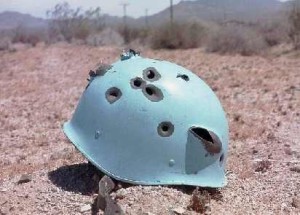 Any rational and informed thinker should be either laughing or crying just about now. None of these organizations have managed to meet even the most diminutive aspect of their stated goals and objectives. Today, nearly a century after the creation of the defunct League of Nations and more than 70 years after the creation of the United Nations, the world is on the brink of yet another world war but the propaganda machines stay on track.

Globalism both failure and threat

If good but failed intentions were the only fault of these organizations, the harm they have done would not have been threatening. That is not the case. On page 115 of Arthur R. Thompson’s book entitled “International Merger by Foreign Entanglements”, Thompson lists a plethora of treaties (both passed and proposed) that span the entire gamut of life, including personal ownership of property, parental rights, and gun rights – just to name a few. Of course all these treaties pretend to be the answer to our prayers but have instead created nightmares that threaten our freedoms and liberties in almost every way imaginable. But then what should we expect from an organization that empowers tyrants and human rights violators?

As we approach another election year that may prove to be pivotal on the scales of freedom, you may want to make a point of finding out where your favored candidate stands on the existence of the United Nations. Yes, Obamacare is important, as is illegal immigration, and Common Core, but if we surrender our national sovereignty to the likes of the globalists running the United Nations, these issues will pale in comparison as our Constitutional Republic fades into memory. Christ once said that you cannot serve two masters. Of course he was referring to your choice of whether or not to serve God or money. However, His statement seems to also apply to choosing between our national sovereignty and submission to the United Nations as well. Either we chose to remain an independent and sovereign Constitutional Republic or we chose to believe the lies and propaganda of the globalists that peace is only possible through surrendering our sovereignty to them. Patrick Henry had something to say about unrealistic choices for peace when he said: “Is life so dear, or peace so sweet, as to be purchased at the price of chains and slavery? And as Ben Franklin once said: “”Those who sacrifice liberty for security deserve neither.” If history is any kind of indication of what will happen in the future, I would add that those who sacrifice liberty for security attain neither.

By the way, President George Herbert Bush was a staunch supporter of the New World Order – otherwise known as “globalism.” When considering the candidacy of his son, among other things, you should be asking if the apple has fallen anywhere near the tree. And as the presidential candidates throw their hats into the ring, you should be asking all of them where they stand on continuing our support of the United Nations – of which we are the primary financial supporters.

Ted Cruz: eligible or not?

Bridge to the right side