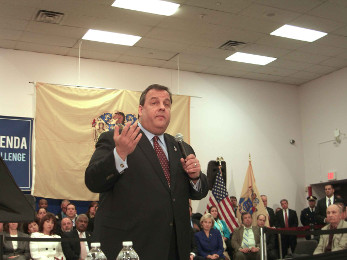 A New Jersey citizen activist and gadfly confidently predicted yesterday (May 1): the Republican Party will not nominate Chris Christie for President in 2016.

Nick Purpura has played an active role in Tea Party politics since 2010. He spoke to CNAV for half an hour yesterday after the United States Attorney for New Jersey charged two Port Authority executives and the former chief of staff for Governor Chris Christie with conspiracy to commit fraud and violating the civil rights of motorists. One, David Wildstein, pleaded guilty and gave evidence against the other two (Bridget Kelly and Bill Baroni). These charges stem from a “highway traffic study” that shut down all but one lane of an on-ramp onto the George Washington Bridge in September 2013. A New Jersey Tea Party activist now says this scandal will “bury” Chris Christie’s hopes of getting the Republican nomination for President in 2016. 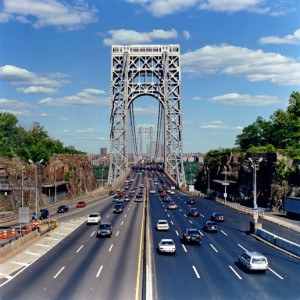 Reports on the federal charges and plea bargain in the “Bridgegate Affair” come from ABC-TV, the Associated Press (via ABC’s Go network), and the Washington Examiner. According to reports then and now, Ms. Kelly contacted Wildstein and Baroni to complain after the mayor of Fort Lee refused to endorse Chris Christie for re-election as governor. One of the three then said maybe Fort Lee needed to suffer some traffic jams as punishment. Wildstein engineered that punishment. He closed all but one lane of the ramp leading onto the inbound lanes of the George Washington Bridge. This made a traffic jam that in one case held up an ambulance long enough for a patient to die in it.

Chris Christie denied issuing any such order. He has consistently said overzealous members of his staff acted without asking his permission or even telling him their plan. (Paul Fishman, United States Attorney, said yesterday he has no plans to charge anyone else. Fishman succeeded Christie as United States Attorney for New Jersey after Christie became governor.)

Of course Chris Christie knew! (And had a motive)

Purpura compared Chris Christie’s role in “Bridgegate” to Richard M. Nixon’s role in Watergate. “The appearance alone is enough to destroy a political career,” he said. “And how could he not have known? He would have to be gullible, and he is not gullible.”

As to Chris Christie’s motive, Purpura described Christie as vindictive and “thin-skinned.” He recalled Christie calling Tom Moran “The Thinnest-skinned Guy in America,” and said Christie was a mirror image of Moran. “He is reflecting his own image,” says Purpura, when he calls anyone “thin-skinned.”

So Purpura can well believe Chris Christie gave the order to throttle the on-ramp, or at least surrounded himself with people who would know the kind of thing Chris Christie would want them to do. (Purpura did not speculate on why Mr. Fishman declined to charge Christie in “Bridgegate.”)

Purpura compared Chris Christie to Barack Obama, in this sense: both men pretend not to know what “overzealous” underlings do, when each man would have to know from common sense alone. And he judged Christie more harshly still, calling him “a political prostitute,” selling his positions for whatever power or payoff he can gain at the moment.

Will Chris Christie resign? “He’s too arrogant to resign. Should he resign, if enough people testify against him? Yes. But he will never do that.” But Purpura does not expect the Republicans to nominate him for President in 2016. “It would be shocking” if they do. “They would have no logical reason to [nominate] a man like that,” he went on, because the Republican rank-and-file could not trust him. “When you look at Christie, you see the Republican side of Obama. When you look at Obama, you see the progressive side of Christie.”

Related Topics:candidateelectionevidencepoliticianspresidentTea Party
Up Next

Jeb Bush to get the treatment