Freedom of speech was silenced in Athens when that otherwise liberal democracy gave Socrates the hemlock. Of course, it may be stretching things to regard Athens as “liberal,” so let’s define our terms.

In the lexicon of America’s Founding Fathers, a “liberal” was a person free from prejudice, that is, from unexamined opinions. And that’s where Socrates excelled, distinguishing opinions from knowledge via the use of reason and logic. Socrates was a classical liberal. His liberalism enables individuals to be friends despite their differences, provided that what they have in common is more important than their differences, namely confidence in reason’s ability to ascertain truth. This exemplifies classical liberalism.

Unfortunately, the pillars of classical liberalism in America were shattered during the twentieth century, primarily by the German doctrine of historicism which rejects the idea of trans-historical truth – a position comparable to that of the sophists. Historicism captivated American intellectuals just as Protagoras captivated their Athenian counterparts. But this snapshot has to be enlarged.

Early in the 20th century, historicism was reinforced by the “progressivism” implied in evolutionary Darwinism. In fact, liberals today find it more alluring to be deemed “Progressives,” as champions of “change.” But why “change” should be “progressive” and not retrogressive is hardly obvious. Enough to recall the change that occurred when the Weimar Republic metamorphosed into Nazi Germany. Nevertheless, “change” is the mantra liberal politicians use to arouse discontent and democratic envy. 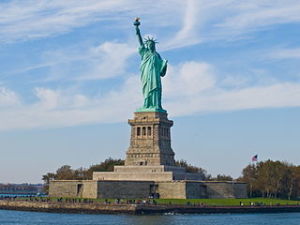 Democratic envy surfaced in America when justice was reduced to equality – equality abstracted from a person’s efforts or contribution to the common good. Thus, while freedom was severed from ethical norms, equality was severed from merit. Reason and truth were thus given an extended holiday.

However, when freedom, especially freedom of speech, is divorced from truth, and equality is divorced from merit, democracy becomes a fraud. More precisely, if there are no objective standards as to how man should live, then there are no rational grounds for preferring democracy to tyranny. This is a logical consequence of the moral relativism that permeates the social sciences and humanities. Ponder the consequences.

Who would want to struggle in a protracted war and lose life for a cause devoid of truth? “Better Red than dead” was a slogan during the Cold War. Has not the equivalent, “Better Muslim than dead,” become the slogan of post-Christian Europe, and will not this slogan be heard in an America whose universities foster atheism via moral relativism?

Even if relativism were true, its advocates would crumble confronted by Islamic absolutism, whose mantra is the love of death! Nietzsche, ostensibly a nihilist, saw this. He understood that relativism, if true, is deadly. But he also saw that if relativism is deadly, it must be false! Why? Because death violates the most distinctive principle of human nature: creativity. This principle endows human life with meaning; hence it transcends nihilism and negates Islam! This said; let us take a breath of fresh air.

Freedom of speech and Jewish tradition

L’chaim—to Life—has ever been the toast of the Jews, who have been extolled by learned gentiles as the most creative people on earth. Aristotle’s successor at the Lyceum, Theophrastus, called the Jews “a nation of philosophers.”  Numenius, a Syrian philosopher of the second century and a forerunner of the neo-Platonic school, regarded Moses as the first and greatest of the philosophers.  Christian historian Eusebius (circa 300 CE) said of the Jews: “For of all mankind these were the first and sole people who from the very first foundation of social life devoted their thought to rational speculation…”

Harvard graduate John Adams, second president of the United States, expressed the conviction of many 18th century American educators: “The Jews have done more to civilize men than any other nation. They are the most glorious Nation that ever inhabited the earth. The Romans and their Empire were but a bauble in comparison to the Jews. They have given religion to three-quarters of the Globe and have influenced the affairs of Mankind more, and more happily than any other Nation, ancient or modern.”

British historian and statesman Thomas B. Macaulay also admired the Jews: “In the infancy of civilization, when our island was as savage as New Guinea, when letters and arts were still unknown in Athens, when scarcely a thatched hut stood on what was afterwards the site of Rome, this condemned people had their fenced cities and cedar palaces, their splendid temple,… their schools of sacred learning, their great statesmen and soldiers, their natural philosophers, their historians and poets.” (To regard pagan Athens remotely on a par with Jerusalem would have been deemed factitious by Nietzsche!)

Consider what Nietzsche says in The Joyful Wisdom: “Wherever the Jews have attained to influence, they have taught to analyze more subtly, to argue more acutely, to write more clearly and purely: it has always been their problem to bring people ‘raison.’”

In Beyond Good and Evil Nietzsche writes: “In the Jewish ‘Old Testament,’ [not Plato’s Republic] the book of divine justice, there are human beings, things, and speeches in so grand a style that Greek and Indian literature have nothing to compare with it.”☼