Forwarded message from a savvy rabbi on the Jewish New Year:

Healthy, happy and a peaceful New Year to all JEWS in the entire world.

Here is our New Year message to the nations:

[Which is to say, the Gentiles:] 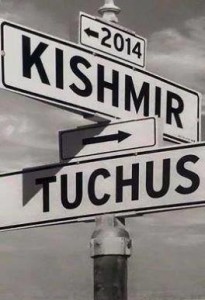 When we were led into the gas chambers, they said nothing.

When we were forcibly converted, they said nothing.

When we were thrown out of a country just for being Jews,they said nothing.

BUT when we now defend ourselves, all of a sudden THEY have something to say.

Did the Jews take revenge?

How did we take our revenge on the Germans for their Final Solution?

How did we take revenge on the Spanish for their Inquisition?

How did we take revenge on Islam for being Dhimmis?

How did we take revenge on the lies of the Protocols of Zion?

We studied our Torah.

We innovated in medicine.

We innovated in defense systems.

We innovated in technology.

We innovated in agriculture.

We made the desert bloom.

We founded the movie industry.

We fulfilled the word of Hashem by becoming a light unto the Nations of the Earth.

DEAR WORLD, when they criticize us for defending our heritage and our ancestral homeland — we, the Jews of the world, do exactly what they did.

They have proven to us for the last 2,000 years that when the chips are down,

Now leave us alone — and go sort out you own back yard whilst we continue our 4,000-year old mission of enhancing the world we share.

Now it seems, Europe is on it’s way to getting retribution for ridding itself and lots of Europe of the Jews. Carry on Germany! Take in as many “migrants” as you can………..