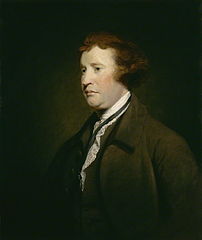 The last two elections in Israel spawned about 33 parties. So what’s a “party,” and is party government conducive to statesmanship?

What is a party?

The classic definition of party was set forth by the great 18th philosophic statesman Edmund Burke: “Party is a body of men united, for promoting by their joint endeavors, the national interest, upon some particular principle in which they are all agreed.”

Today, however, any politician who offers his party’s “particular principle” as conducive to the “national interest” is apt to be deemed a fraud or a fool.  Political scientists have taught us that such notions as the “national interest” or the “common good” are “myths,” that politicians use such ingratiating platitudes as a facade for advancing their own personal and partisan interests.

Today, party must be defined as an aggregation of individuals seeking to gain control of the offices of government in order to promote their own little ambitions.

Accordingly, public policy or legislation is nothing more than a process of bargaining between politicians whose election requires them to placate a welter of interests, inevitably narrow, immediate, and mundane. Lack of principle has reduced politics to a paltry affair.

From this it follows that party government, on which the operation of modern democracies depend, is a vulgar and tiresome affair, increasingly obsolete.  Let’s reflect on this matter.

It’s universally agreed that the modern democratic state requires a multiparty system.  Competition between parties in national elections results in party government. But the party (or parties) forming the government, as well as the party (or parties) forming the opposition, no longer consist of Burke’s “men united, for promoting by their joint endeavors, the national interest, upon some particular principle in which they are all agreed.”

Devoid of such men, party government and, therefore, politics, can hardly solve the enormous problems of contemporary democratic society: high crime rates, epidemic drug addiction, unbridled hedonism, the pornographic degradation of human nature, promiscuity, the disintegration of the family, virulent mental disorders, the moronizing influence of television, nihilism and the decline of intellectual standards.  The Age of Affluence has become an Age of Anxiety and Asininity.

Not that party government consisting of honest men of principle would be sufficient to overcome these malignancies. Indeed, these maladies are aggravated by democracy itself—by its permissive freedom and leveling egalitarianism of Normless Democracy. (You see the latest manifestation of this decadence in the White House.). Hence, one may argue that party government, even at its best, can no more than retard the process of decay.

Burke knew that a great party leader cannot equal a great statesman. To see why, we must understand something about statesmanship.

Statesmanship is the capacity to do what is good [and required] in the circumstances, a capacity in which men, as individuals, are [obviously] unequal.

Statesmanship is essentially an unequal capacity.  As such, it must be defined by its best example, not by an average sample; for we cannot know what a statesman can do unless we know the limit of human capacity, that is, what a great man would do.

Great statesmen form “great” parties—call them “regime-oriented parties”—and they champion great causes, causes that divide and agitate a nation: in seventeenth-century Britain, the issue of church and state. The first “Whigs” and “Tories” were divided over the religious issue, and neither party was willing to tolerate the other party. Nor did their leaders intend to maintain permanently the party discipline and organization required to win the contest and thereafter to become institutionalized in Parliament like contemporary parties.

Since the conflicts between regime-oriented parties involve the all-comprehensive question of how should man live or what should be the ends of society, the outcome of such conflicts determine a regime’s fundamental character. This is not the case of contests between “small” parties – call them “policy-oriented parties” – which gain ascendancy only after the basic laws and institutions of the regime have become established. These paltry parties do not divide on such issues as to whether government should cultivate virtue or shape the moral character of its people.

It is widely believed, and not without reason, that the mutual toleration of parties in the formation and operation of government is essential to a nation’s stability, safety, and prosperity. These mundane ends require for their achievement not great statesmen but “respectable men” committed to some particular party program. One party may stand for “free trade” and “foreign aid.” Another may support “protectionism” and “isolationism.”

This is not to suggest that statesmen are above principle. But as Mansfield sees, the statesman’s principle “loses its refinement” when translated to public speech, and from public speech to party program. “In such translation, a principle must be [intellectually] defensible as well as [politically] practicable; and defensible not to a public ready to be impressed by great statesmen, but to a party eager to correct a seeming [grievance or inconvenience] and to a public taught to reward partisanship. A party principle is necessarily attuned to lesser capacities than is a statesman’s principle.”

The replacement of statesmanship by partisanship – the partisanship inherent in party government – need not be pernicious so long as a society’s moral infrastructure is intact.  Indeed, the smooth and successful operation of party government presupposes a division of functions between politics and morality. The primary function of party government (in its inception) was to promote safety and prosperity, not morality.  Morality is a “private” matter.  It falls within the domain of the church and the family.  Still, it needs to be emphasized that the integrity and salutary influence of the church and of the family are essential for the existence of parties consisting of Burke’s “honest men of principle,” hence for the success of party government.

However, with the ascendancy of the university-bred doctrine of moral relativism, morality along with the family has been undermined. It is in the family that children learn self-control and concern for others. It is in the family that they learn modesty and respect for authority. These virtues they later manifest as adults in society at large.  Destroy the family and self-indulgence, hedonism, sensuality, lawlessness, and a welter of related evils will mushroom. All efforts to remedy these evils will fail, given the conceptual limitations of politics and party government. For as just noted, morality has been placed beyond the province of government. Or, as the half-educated are fond of saying, “it is not the function of government to legislate morality.”

Party government not found in Israel

This could be a defensible position if good character was fostered by a country’s educational institutions. Lacking this, no democracy can overcome the moral decay of our time.
Let’s turn to Israel, a democracy in name only. To form a government, a large party must forge a coalition with various small parties. Hence, given Burke’s definition of party, there is no such thing as party government in Israel, since no Israeli government has ever consisted of “men united, for promoting by their joint endeavors, the national interest, upon some particular principle in which they are all agreed.”  David Ben-Gurion said as much in his Memoirs.

Conclusion: Israel’s parliamentary election laws make party government impossible. As for statesmanship – are there any departments of political science in Israel that teach statesmanship?

And what about good character? Can this be achieved if morality, whose foundation is the family, has no support in public law, that is to say, when public law condones the moral laxity and perversions rampant in contemporary democracy?

Ponder this when thinking about the parties vying for your votes.

Avert the end of America?