“Find out just what any people will quietly submit to and you have the exact measure of injustice and wrong which will be imposed upon them.” – Fredrick Douglas

I was humored to see the socialist-communist Bernie Sanders talking of America’s “democracy” on stage during the CNN Democrat debate. He did this while playing games with Hillary Clinton in an attempt to lead the opposition by legitimizing crime through un-American propaganda.

Apparently, Americans have forgotten that our veterans died fighting against the very ideologies that are now tolerated from the likes of Sanders and Clinton in our Constitutional Republic (Article 4 Section 4 of The United States Constitution).

These people attempt to play sleight of hand with the American people’s God-given rights to keep and bear arms (Article 2 Bill of Rights) in hopes that someone will actually believe that what they are attempting to debate away is actually legitimate.

To hear Hillary talk of her transparency, I have to tell you, that it was a good thing that I was sitting down for that one.

Transparency? Like her counterpart Barack Hussein Obama, who had in excess of 19 million fake Twitter followers, 56% of Clinton’s Twitter followers were created out of thin air. In other words, they create the support that they do not have.

We know that the only ones that show up to her speeches are the state-controlled media in an attempt to make her campaign look legitimate. This is nothing more than a Saul Alinsky tactic: Cause the enemy to believe that that there are more of you than there really are.

Per a report at MRC TV:

Chinagate – The Clinton-Gore campaign in 1996 allegedly took bribes from Chinese banks and their government to help their dwindling poll numbers.

Travelgate Scandal – Catherine Cornelius, a 25-year-old cousin of Bill’s, was allegedly promised the position of director of the travel office. Hillary Clinton then (indirectly) fired seven employees from the United States travel office and replaced them with associates from Arkansas. Records were either nowhere to be found or incorrectly filed. And, there’s a reported attempt to give a White House airline contract to friend. Hillary had the FBI investigate Billy Dale, the head of the travel office, ruining his career who was found to do nothing wrong, but was then audited by the IRS for three years after.

Whitewater Scandal – Hillary and her husband were partners in a shady real estate development firm called Whitewater Development Corp in Arkansas. Accusations of impropriety against the Clintons and others soon surfaced, regarding improper campaign contributions, political and financial favors, and tax benefits. Clinton’s friends and majority owners, James and Susan McDougal were jailed for fraud, Clinton’s successor, Governor Jim Tucker, was jailed for fraud along with municipal judges David Hale and Eugene Fitzhugh who worked with James McDougal. The Clintons walked away unscathed, having apparently done nothing wrong.

Vince Foster Jr. Mystery – Questions cloud the suicide of Vince Foster, former colleague, friend, and White House aid of Hillary’s who had connections to Travelgate, and the Whitewater scandals.

Filegate Scandal – Craig Livingstone, director of the White House’s Office of Personnel Security “improperly” accessed FBI files on several hundred individuals. Mrs. Clinton called it a, “completely honest bureaucratic snafu.” Many of these files were on people from previous Republican administrations. Hillary Clinton hired Livingston and is alleged to have looked at the files and requested this move. She was accused by Republicans of violating privacy rights of individuals she viewed as political adversaries.

Lootergate – Bill and especially Hillary started to ship White House furniture to their personal home in Chappaqua, N.Y. The Clintons claimed they were donated, but only some were proved to be donated and meant to stay in the White House after contacting the manufacturers. The Clintons returned some of the furniture after pressure was put on them to do so.

Drug Dealer Donor Scandal – Convicted drug trafficker Jorge Cabrera apparently made such a big donation to the Clinton’s campaign that he was invited to the White House without Secret Service present.

“He was sentenced to more than 24 years in prison in 2009 by a judge who accused him of funding his fraud by manipulating the political process in a way that ‘strikes at the very core of our democracy.”

Benghazi, the email scandal, Arkansas drug dealing, dead bodies strewn across the path of the Clintons and the list goes on and on concerning who she is and what she is truly about.

Warnings from the past

We were warned by George Mason in Article 3 of Virginia’s Declaration of Rights:

That government is, or ought to be, instituted for the common benefit, protection, and security of the people, nation or community; of all the various modes and forms of government that is best, which is capable of producing the greatest degree of happiness and safety and is most effectually secured against the danger of maladministration; and that, whenever any government shall be found inadequate or contrary to these purposes, a majority of the community hath an indubitable, unalienable, and indefeasible right to reform, alter or abolish it, in such manner as shall be judged most conducive to the public weal. 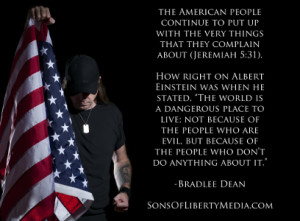 In spite of all of this, the American people continue to put up with the very things that they complain about (Jeremiah 5:31).