No solution to America’s serious internal and external problems is possible so long as Barack Obama is in the White House. Therefore, any constructive proposal advanced by this writer presupposes a new American president whose ideas and values are consistent with American Exceptionalism as embodied in America’s two foundational documents, the Declaration of Independence and the America Constitution.

Although I am not a fan of Donald Trump, America needs a mega-entrepreneur comparable to Trump to overcome the economic and national identity crises confronting this fragmented nation.

This brief paper offers a practical solution to the immigration problem wich has been magnified by the illegal immigration of Hispanic people to America. The solution proposed here will simultaneously  overcome (1) the water shortage of the western states of the Union and in such a way to (2) dissolve the unemployment problem of American youth.

A New Frontier and the West

Back in 1962 I outlined a national program largely inspired by John F. Kennedy’s grandiose vision of “A New Frontier for America.”  While doing research at the University of Chicago Library, I happened upon a study by a special U.S. Senate subcommittee on Western water development. The study addressed a dire situation: 17 states west of the Mississippi had a serious and recurring water shortage. Year after year, ad hoc measures failed to provide any serious solution. Failing farms and businesses followed, and of course high unemployment. 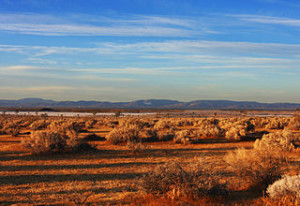 The prospects were so deplorable that many people in the West moved eastward, but the move was complicated in the east by racial tensions, were crime, juvenile delinquency, and societal decay. Therefore, I drafted a lengthy report on the Alaskan River Diversion Project (ARDP).

The Senate study on the ARDP was subsequently published in W. Eugene Hollon, The Great Western Desert (New York: Oxford University Press, 1966).  The gist of the project appears in my book Beyond Detente: Toward an American Foreign Policy (1976). The project envisioned the following: “Through a system of dams, reservoirs, and canals, the diversion of the Yukon, the Fraser, the Peace, and other rivers of Alaska and Western Canada would be diverted in order to (a) irrigate and reclaim the parched plains of the Western United States and Northern Mexico; (b) develop hydroelectric power, granaries, and livestock; and (c) facilitate the growth of small, semi-autonomous cities having rural-urban economies.”

The Senate commissioned the Ralph M. Parsons Company of Los Angeles to formulate the project. The diversion of “the rivers in question would supply 4.3 billion acre-feet of storage or twice the available water resources of the seventeen Western states. Enough water would be left for Mexico to develop eight times as much irrigable land as the Aswan Dam. The project (as reported) would take some thirty years to complete at the then estimated cost of 80 billion dollars.” Considering the number of jobs the project would create and the number of small cities that could spring up from so magnificent an undertaking, 80 billion dollars over a thirty-year period appears small vis-à-vis what would otherwise be spent on welfare and overcoming the inequities, violence, decay of contemporary society, as well as the Immigration Problem.

I entitled this paper “A New Frontier and the West.” Unfortunately, the Alaskan River Diversion Project has fallen into oblivion. But perhaps one of today’s presidential hopefuls would run with this project, not only to create jobs for millions of Americans, but also to alleviate the immigration problem resulting from the influx of illegal immigration from Hispanic America.

I propose the revival and implementation of the ARDP with a view to dealing with America’s unemployment and immigration problems. Surplus food supplies exist for newly established communities.  All communities must have English-language schools and the teaching of America’s foundational ideas and values. The communities should be self-governing and be based on federal ideas. There are many Americans who can elaborate on these ideas.

Of course, the proposed communities will encourage a greater influx of immigrants. And one does not have to be a rocket scientist to enumerate many sociological, economic, and other problems.  But our immigration and unemployment problems are not going to evaporate, indeed, they will lead to utter chaos if we do not revive America’s “ancient faith” and develop a New Frontier for the youth of this country.