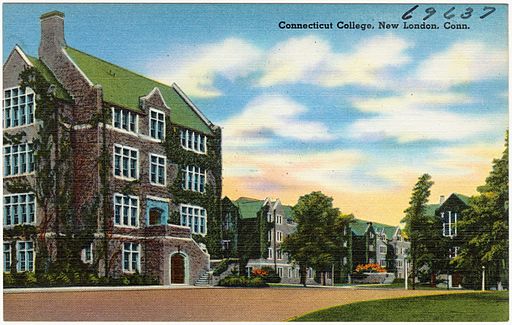 An incendiary atmosphere of hatred, divisiveness, intimidation and lies is filling today’s schools across America, with 73% of Jewish students admitting they’ve experienced some sort of anti-Semitism. Taking full advantage of America’s liberties, a captive audience and with the full knowledge of faculty, militant Islamic professors use the liberal campus environment to spew anti-American and anti-Israel agenda to effect changes and recruit new Jew-hating Muslims.

How school and college have changed 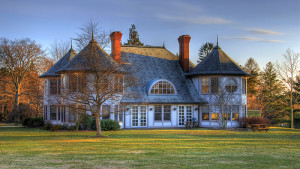 Pursuant to the activities of Students for Justice in Palestine (SJP) (an aggressively anti-Israel organization) and Conn Students in Solidarity with Palestine (CSSP), along with some teaching staff, Connecticut College is no longer the school described in its professed ideology. Founded in 1911, the school was to be a “vibrant social, cultural and intellectual community with an enriched diverse perspective”; to prepare “responsible citizens, creative problem-solvers, and thoughtful leaders in a global society.” It boasts of a “long-standing Honor Code,” with “students expected to monitor their own faithfulness to the principles of honesty and moral integrity.” It declares, “The principles of justice, impartiality and fairness – the foundations for equity – are paramount.”

Yet, in recent weeks an incident was allowed to escalate in direct contradiction to the College’s lofty aims, with the Honor Code’s becoming a Code of Silence. It involved Dr. Andrew Pessin, distinguished philosophy professor of Connecticut College, during the tenure of President Katherine Bergeron, who is responsible for internationalizing the curriculum, although not objectively; and David Canton, who paradoxically holds the title of Interim Dean of Institutional Equity and Inclusion. Pessin had posted a Facebook entry during the Fall 2015 semester, wherein he described the situation in Gaza as “a rabid pit bull trying to escape.” His student, Lamiya Khandaker, an active member of SJP in high school, knew of the entry, and admitted she’d never felt victimized in his class. Yet in February, 2016, under the tutelage of her student advisor, Sufia Uddin, director of Global Islamic Studies, Lamiya decided to become offended and issued a complaint that the entry “condemned Palestinians.”

Pessin explained that he referred to Hamas, an acknowledged terrorist organization, apologized for any misunderstanding, and removed the Facebook entry, but the unrelenting student, obviously encouraged, intensified her attack, accusing him of racism and conspiring to annihilate the Palestinian people. This was her opportunity to create a crisis where none existed, to suppress speech in order to control the narrative, and specifically to target the Jewish professor who speaks favorably of Israel. Khandaker gathered her forces to malign his reputation. Concurrently, Ayla Zuraw-Friedland, editor of the Campus Voice, published articles by Michael Fratt and Katiyln Garbe, who wrote that Pessin condoned the extermination of a people, and other students’ anti-Semitic comments. Ayla’s column also exposed her own lack of journalistic ethics and the anti-Semitic agenda of History Professor James T. Downs and others whose intent it was to create a hostile atmosphere for Dr. Pessin.

Dr. Pessin was denounced, he and his family threatened, and the hostility worsened, forcing him to leave the college. For her achievement, Lamiya Khandaker was granted the Scholar Activist award by the Dean (he of “Equity and Inclusion”) in May 2015.

Vitalized by success, CSSP students, under the direction of faculty advisor Eileen Kane, who heads the school’s Global Islamic Studies program, launched a poster campaign to vilify Israel, Jewish and Israeli students and faculty, including an attack on Israel’s Birthright program. The placards contained lies meant to mischaracterize and discredit Israel, Jewish historic and legal rights to their land; to intensify the fabricated accusation of Palestinian victimhood; and to motivate new students to the cause. A typical lie consists of their allegations of seven million Palestinian refugees today, while even the United Nations Relief and Works Agency for Palestine (UNRWA), no friend to Israel, puts the number at five million and admits that no other group in the world but the Palestinians includes succeeding generations in their refugee status, thus establishing an entirely new definition of “refugee.” Adding insult to injury, the somewhat larger number of displaced Jews (refugees) during the same time period is never articulated.

In view of such developments, it is beyond ironic that in December 2005, the Organization of the Islamic Conference (OIC) endorsed a Ten-Year Programme of action for global governance and human rights and called for a UN resolution to protect Islam’s image and combat “Islamophobia.” They complained that racism and the defamation of religion lead to human rights violations – of Muslims’, specifically. They advocated the limitation of expression – in print, audio-visual and electronic media, and the Internet; and that xenophobia, intolerance and discrimination – even implied – were intolerable. An EU Monitoring Centre, renamed Fundamental Rights Agency, committed to freedom of expression, was, instead, committed to Islamophobia. Thus are people threatened and their rights limited, and students wage wars of words with threats of violence against other students and teaching staff. These young fascists shout down visiting speakers with whom they differ, forcing their departure.

Khandaker was thus encouraged and given authority to defy Israel’s validation and Pessin’s tenure. The College condoned Pessin’s sacrifice toward establishing Sharia Law, in which there are no freedoms of speech, thought, artistic expression or equality. Islam teaches that the Creator, Allah, granted people freedom of speech and yet, in contradiction, limited it by defining what constitutes acceptable and unacceptable speech. Evidently, Pessin dared contradict the Palestinian narrative and fell afoul of what Allah permits.

Students were further empowered to wage a war on campus because of visiting speakers invited by Eileen Kane. One was Remi Kanazi, who gives poetry performances on boycotting Israel. Another guest, although cancelled, was to be Rutgers University’s Jasbir K. Puar, a disturbed “queer” woman who, at Vassar, spewed proven-false and libelous accusations that Israelis harvest Palestinian organs and conduct scientific experiments. Pro-Israel speakers are never invited.

Connecticut College is yet another college that has relinquished its G-d-given and Constitution-guaranteed rights by complying with Islam’s Sharia. It is time to restore American rights to the American campus, with a strategy in place to counteract jihadi conduct. Why was there no official supervision to protect a valued teacher or to schedule a hearing by responsible peers? Why were Dr. Pessin’s fellow-instructors silent? President Bergeron was quick to condemn Pessin based on the allegations, but now owes the Professor an apology.

With appreciation to CAMERA (Committee for Accuracy in Middle East Reporting in America) and IPT (Investigative Project on Terrorism) for their research and reports on Connecticut College.

Related Topics:educationhistoryislamIsraelJudaismMiddle East
Up Next