Two of the finest institutions of higher education in the United States, Columbia and Cornell, have been identified as leading the list of “most anti-Semitic,” as they continue to host Jew hatred events on campus. By the time our students enter this new phase in their education, their minds have been well primed for the venomous climate, having been molded into frustrated, resentful, disrespectful, demanding, angry young adults, ill prepared for anything, unable to accept responsibility, and ripe to lash out at others. These young people have already been activated and prepared to join any group that uses “social justice” language, whether warranted or not.

The K-12 classes provide the first toxic element. Education is being restructured according to a radical political ideology promoted by the White House, Bill and Melinda Gates, and other supporters of a federal takeover of education. The purpose is to produce workers for a Global Economy (aka Agenda 21). The major players are Valerie Jarrett’s mother, Barbara Taylor Bowman, a member of the Muslim Sisterhood; native-born terrorists Bill Ayers and Bernardine Dohrn Ayers (Weather Underground) who support a radical network to defeat America; and Secretary of Education (ret.) Arne Duncan, who promoted the Common Core Standards, with its drastic, untried curriculum overhaul that has lowered school standards to ensure that no child is left behind or excels at the expense of others. This is accompanied by the disturbing data mining that profiles the children (into adulthood) and their families. 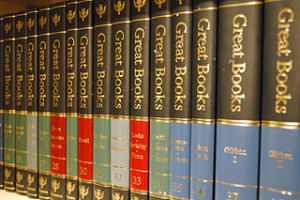 Classical literature, known to improve vocabulary and foster creative expression, thinking, speaking, and writing skills, has been jettisoned in favor of dry, uninspiring informational texts and dystopian, sexualized, disheartening novels for children whose pre-frontal cortex is insufficiently developed to cope with the dark situations and mature content. The result is depression. Mary Calamia, licensed clinical social worker and psychotherapist in Stony Brook, NY, has reported that children have come to hate school, cry, wet the bed, experience insomnia, and engage in self-mutilation – an increase of 200 to 300 percent more children with serious trauma than before the new curriculum’s introduction.

Math problems once solved in a few steps now require a convoluted system. Karen Lamoreaux, mother of three and member of Arkansas Against Common Core, presented a simple 4th grade division problem to the Board of Education that one could solve in two steps, but now requires 108 steps to completion. In New York, principals have reported that some students are severely stressed and even vomit during testing.

History has become another endangered learning experience. A popular textbook is Howard Zinn’s A People’s History of the United States,” which focuses on “the exploitation of the majority by an elite minority,” designed to inspire a “quiet revolution.” Historians heavily criticize the book’s concentration on slavery, racism, and colonialism while omitting America’s enormous achievements for life, liberty, and the pursuit of happiness,. Students do not learn America’s founding documents – The Declaration of Independence, The Articles of Confederation, the Constitution, The Bill of Rights, or the Ten Commandments. A new vocabulary is in use to give new meaning to old ideas, including “framers” for “founders,” indicating a flexible and distorted view of our history and heritage, and a turn to global governance.

True history has been replaced with a counterfeit version, introducing the second toxic element. History Alive, another oft-used textbook, contains multiple chapters on Islam (whitewashed of its 1400 years of ongoing bloodshed and conquest), without equal time for Judaism and Christianity. Such studies may also include unscheduled trips to mosques, simulating a hajj to Mecca, girls’ donning traditional Muslim clothing, learning Arabic calligraphy, memorizing the Five Pillars of Islam and the Shahada, the testimony required to become Muslim. And, as if these approaches were insufficient, political indoctrination is included, using the Palestinian narrative to vilify the State of Israel and world Jewry.

Where did this come from?

To whom do we owe this new development? America’s educational institutions receive significant donations to create Middle Eastern and political science study programs that ensure the installation of anti-American professors. The students are besieged by Islamic and leftist indoctrination that demonize Israel, Jewish and American history, and disallows opposing views. The hate agenda is presented as scholarly and the West is blamed for Islam’s self-imposed or invented ills. Scheduled anti-Israel events are designed to promote the narrative of Israeli colonialism, and to delegitimize and erode support for Israel by advocating a boycott-divestment-sanctions (BDS) effort.

The propaganda campaign is global, well-financed and well-organized but the biggest focus is college campuses, where Students for Justice in Palestine (SJP) and the Muslim Student Union use the rhetoric of social justice and human rights, historic Palestine, genocide, apartheid and oppression, to motivate the boycott movement and support the Islamic ideology of conquest. Jewish children are harassed and harmed. Our colleges are becoming breeding grounds for future jihadists who are turned against Israel and will one day soon turn against America.

The groups within the colleges are well-funded arms of the Muslim Brotherhood, menacingly delivering their accusations and claims of apartheid, maltreatment of women, death to homosexuals, etc against the Jewish state, when, in fact, these are descriptive of the Muslim cultures. Islam allows homosexuality and pedophilia – sexual pleasure with pre-pubescent boys and infants, kidnapping for sexual slavery, polygamy, wife beating, stoning women, disfiguring their daughters with FGM and acid, chopping off hands and feet, death for apostasy, murder of Jewish and Christian civilians – and, quite recently, beheading a 15-year-old Iraqi boy for listening to pop music. With the complicity of liberal instructors, a crisis is being nurtured for the purpose of acquiring power, diminishing freedom of speech, and promoting an increase of immigrating non-integrating Muslims who, through hijra, will transform our Western countries.

The situation has become so critical that schools are providing “safe spaces.” This is a concept not unlike “sacred space,” from Sharia, which Islam has established as an aggressive territorial system that holds all land on earth as given by Allah to Muhammad in perpetuity. Kent State University invites students and community to a safe environment for ongoing interaction and conversation on diverse subjects. The University of California Berkeley has adopted a policy requiring all “Caucasian” students to purchase mandatory Free Speech Insurance at $1,000 per semester “to cover the cost of therapy and rehabilitation of victims of unregulated, freely expressed Caucasian ideas.” Thus the schools encourage a mentality of victimization, anger and vengeance along with feelings of shame and White guilt.

This is social engineering, a force that is being cynically employed to restructure the soul of an entire generation of young people and render it vulnerable to the globalist one world order, in which none of the traditional values will have survived. With value and context stripped from books, a generation is being denied the aptitude to discern fact from fiction or right from wrong. Thus deprived of the ability to think critically, they are ripe for joining any number of hate groups on campus, the Occupy movements, Black Lives Matter, and those that favor a Palestinian state to the destruction of Israel. But, most significantly, they become easily malleable by and for the ruling class.

The pathway to the final destination goes by the Orwellian term, Agenda 21, the schema that indoctrinates to retrofit our children for future global citizenship, to overtake properties and communities, and to transform America with the enticing promise of social and economic development in a competitive (not free) marketplace. The all-powerful government will determine the equitable distribution of the fruits of all labor, meaning the successful countries will distribute its profits to third world countries until there is nothing left to share – except, perhaps, destitution and illness. Only then will the elite bask in a society in which thinking has been obliterated and every spark of creativity trampled into the dust.

We are standing at a crucial time in history and working against the clock.

The link you used in the text, “The University of California Berkeley has adopted a policy requiring all “Caucasian” students to purchase mandatory Free Speech Insurance at $1,000 per semester” is to a satirical website, “The People’s Cube”.