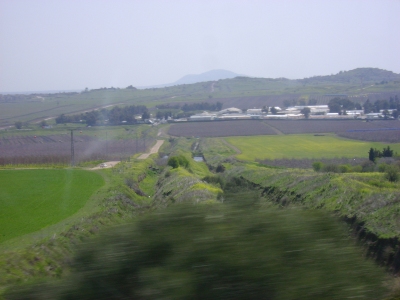 To begin to understand why so many Arabs don’t vote in Israeli elections, consider this passage from G. E. Von Grunebaum’s Modern Islam (1962):

It is essential to realize that Muslim civilization is a cultural entity that does not share our [Western] primary aspirations. It is not vitally interested in analytical self-understanding, and it is even less interested in the structural study of other cultures, either as an end in itself or as a means of toward clearer understanding of its own character and history. 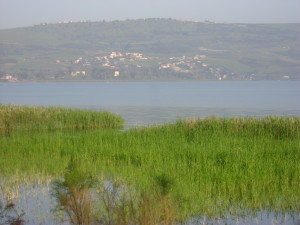 Tiberias, looking at it directly across Lake Kennerith (Sea of Galilee) from the beach of Kibbutz Maagan-Eden, on the eastern side. Photo: CNAV. April, 2011.

Consistent therewith, Bernard Lewis, in his essay, “The Roots of Muslim Rage” (1990), not only portrays Islam’s profound hatred of the West, but also Islam’s overweening pride and utter contempt for Western civilization. Convinced of its possession of absolute truth, Islam deems it of no value to study cultures steeped in error. Hence it discourages among the faithful any incentive to understand other cultures from the latter’s own point of view.

Islam’s extreme ethnocentrism largely explains why many Arabs did not vote for Ehud Barak in the February 6, 2001 election, even though Barak had offered Yasser Arafat, in the Sharm e-Sheikh Memorandum of September 4, 1999, sovereignty over 95% of Judea and Samaria, including eastern Jerusalem, the Temple Mount, and the Jordan Valley. This highly decorated hero of the Jewish state even agreed to the return 150,000 Arab refugees to the Land of Milk and Honey! Barak cannot be accused of ethnocentrism.

Judging from the reported reaction of his Chief of General Staff Shaul Mofaz before the Knesset Foreign Affairs and Defense Committee, Barak’s territorial concessions would have rendered Israel indefensible. Hence it would have been reasonable to predict that the 96% of the Arabs who voted for Barak in the May 1999 elections would vote for him again in February 2001 against Ariel Sharon, a reputed Zionist.

Yet most Arab voters stayed home or cast a blank ballot! Why? Perhaps it’s because they held Barak responsible for the killing of thirteen Israeli Arabs after the outbreak of the al-Aksa intifada in September 2000? But this means and should be emphasized that most Arabs cannot fathom or accept the right of Jews to defend themselves! In other words, when Arabs fire upon and kill Jews, the Jews have no right to fire upon and kill their Arab assailants!

…and appeasement will not change that

Viewed in the light of light of Arab-Islamic culture, “reciprocity,” the flag PM Netanyahu waves in his futile negotiations with the Palestinians, is absurd and impossible. It’s simply foreign to the arrogant Arab mind. These Arabs, unlike Jews and people in the West, lack the cultural mentality to respect the other fellow’s point of view and to moderate their demands accordingly.

This fact didn’t register in the mind of the late professor Y. Harkabi, a highly regarded expert on Islam. Why didn’t it? After all, Harkabi was appointed Director of Israel Military Intelligence, and his book Arab Attitude to Israel is replete with horrendous Arab vilification of Jews and Israel. Ah, but his book concludes that justice favors neither side of the conflict! The Arab mind is wholly incapable of this moral equivalency, which is rooted in the doctrine of moral relativism that shaped his mentality at the Hebrew University of Jerusalem. Bibi’s “reciprocity” scenario indicates that he is entrapped in an utterly irrelevant universe of discourse or in a black hole. He does not, and dares not see or say this, lest his universe, or his two-decade long peace charade implodes or collapses like a house of cards.

There is but one honest conclusion to be drawn from the futility of Bibi’s protracted and disingenuous policy of “land-for-peace.” Israel will not enjoy peace with the Palestinians unless they are devastated (which is not to be expected while Bibi is PM,) or unless these Muslims renounce their religion, or regard it as casually as Bibi does his.

Perhaps then they will vote en masse in Israeli elections!☼

Related Topics:electionislamIsraelMiddle East
Up Next

The most recent date in this article is 2001, is there nothing newer than that?