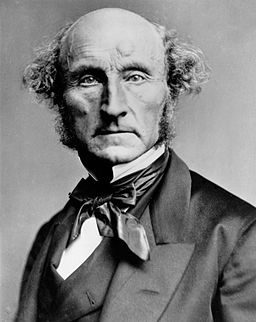 The Nihilism (involving moral relativism) that contaminated higher education in America begins with the early 20th century flood of European philosophy in American academia. Most influential was Germany’s (or Hegel’s) historical relativism, which contradicts the biblical narrative, as did England’s (or Hume’s) atheistic empiricism. Both flavors of liberalism dominate higher education to this day, even in the “Jewish” state of Israel.

As Leo Strauss has shown, the father of modern liberalism is none other than Spinoza. Spinoza is also the father of biblical “higher criticism.” This made Spinoza the darling of Germany, of the nineteenth-century German school of Bible Critics.

Spinoza must therefore have encouraged the European-educated John Stuart Mill, whose mid-nineteenth essay On Liberty made him the world’s leading exponent of unfettered freedom of speech, hence of the free speech Liberalism that continues to predominate the mentality of American law schools and judicial institutions.

Paradoxically, however, free speech Liberalism is now eviscerating academic freedom in the United States. American colleges and universities have succumbed to the virtual totalitarianism underlying the prohibition of what is called “hate speech,” speech that offends the sentiments, above all the religious beliefs of Muslims, The ban on “hate speech” means the end of the liberal dogma of unfettered freedom of speech. The ban on “hate speech” may readily be construed as indistinguishable from speech involving, however remotely the character of other human beings.

What irony! The unrestrained permissiveness of Liberalism regarded obscenity as a protected form of speech by the American Supreme Court. This ruling at least denied the existence of truth and of evil, hence of that which denies the existence of a rational God, as well as the distinction between the human and the subhuman.

That denial can readily undermine the distinction between the polite speech appropriate in the company of woman and the obscene speech typical among vile men. This involves a degradation of language. The foulness of language violates the language of Holy Writ, which utterly avoids obscenity and employs only euphemisms to avoid any degradation of the human body, the creation of God.

Martin Buber and his fruits

This lofty attitude toward speech or language was overruled by Israel’s ultra-Liberal Supreme Court president, Judge Aharon Barak, who nullified a law permitting the Film Censorship Board to ban pornographic movies by ruling that nothing can actually be declared pornography, “as one man’s pornography is another man’s art” (Station Film Company v. Film Censorship Board, 1997). 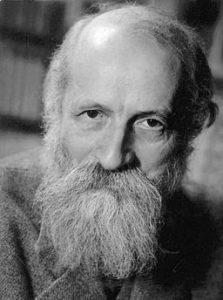 Martin Buber in Mandatory Palestine, afterwards the Republic of Israel, 1940-50. From: The David B. Keidan Collection of Digital Images from the Central Zionist Archives (via Harvard University Library)

The most famous and influential intellectual founder of this university was the German-educated Martin Buber. Buber, who renounced Judaism to the extent of marrying a Gentile, propagated the anti-Jewish Hegelian doctrine of Historical Relativism (or moral pluralism). Buber’s book, Two Kinds of Faith, happens to provide a philosophical basis of the “two-state solution” to the Israel-Palestinian conflict.

Buber wrote Two Kinds of Faith to justify by his marriage to a Gentile, a convenient academic justification for a Jew-turned cultural relativist!

The free speech Liberalism underlying American as well as Israeli law has sanctified public obscenity and even pornography, which are rooted in atheism. The denial of God, evident in contemporary Liberal education, engenders the denial of all moral distinctions. An important set of moral distinctions is related to men and women. The ascendency of free speech Liberalism, of unfettered freedom of speech, diminishes the differences in the language used in speaking to and about men and women.

This unrestrained Liberalism encourages not only homosexuality and the legalization of same-sex marriage. By its denial of truth it generates nihilism which in turn undermines any normative understanding of Islamic terrorism, as is evident in President Barak Obama’s attitude toward that savagery.

Same sex marriage, like Islamic terrorism, is a rejection of Western Civilization. Women (hence children) will be the first victims of this Liberalism, beginning, as mentioned, with our attitude toward Language. Since language distinguishes the human from the subhuman, its degradation in obscenity cannot but degrade human life. This is also the consequence of Islamic terrorism which, consistent with Islamic theology, substitutes the primacy of force over the primacy of reason.

With Barak-type Liberals laying down the law concerning what was traditionally known as distinctively human, and therefore hence of what is decent and indecent, the word “terrorism” will become as meaningless as the term “marriage.” Small wonder that neither Israelis nor Americans know where they are going, although there are signs that their ultimate destination is the grave.◙

Moral relativism: cancer of the West