Former Speaker of the U.S. House of Representative, Professor Newt Gingrich, has said that President Obama’s and former Secretary of State Hillary Clinton’s inability to recognize “radical Islam” as a threat to America’s national security is not merely an error in political judgment, but a “psychosis.” An in-depth analysis of this psychosis, hence, of what afflicts both America’s and Israel’s political leaders, is set forth in Chapter 5 of my book Demophrenia: Israel and the Malaise of Democracy (1994).[i]

Here is an abstract:

From its inception in 1948, Israel’s Government, regardless of which party was at the helm, has been afflicted by “demophrenia.” Demophrenia is a deeply rooted malady of national and even transnational significance. Demophrenia involves an illogical and compulsive application of the democratic principle of equality to ideological conflicts which are impervious to, and even exacerbated by, the application of that principle via “conflict resolution.”

This disorder is most advanced in Israel, for its Government is animated by a democratic egalitarian mentality in conflict with Zionism, and ineffectual against the anti-democratic mentality of Israel’s Arab enemies.

To show that demophrenia is a trans-national democratic but hitherto unrecognized mental disorder, a disorder afflicting American Democrats such as Barack Obama and presidential candidate Hillary Clinton, I shall first review some of the literature on schizophrenia. 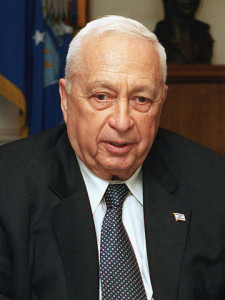 Schizophrenia is regarded as the core concept of modern psychiatry. Various researchers distinguish between positive- and negative-symptom schizophrenia. The former includes hallucinations, delusions, and thought disorder; the latter includes escapism, apathy, stereotypic behaviors, flattened emotional or affective reactions, impairment of volition, and lack of self-esteem. Obviously, these negative symptoms exist on a continuum with normal behavior.

It should first be emphasized that schizophrenia is not necessarily an all-encompassing illness which sets the patient apart from his fellow man. A World Health Organization (WHO) study concludes that “schizophrenics, for all their vulnerabilities, are in the full sense responsive social beings like the rest of us”.

Still, those “vulnerabilities” can and do result in bizarre behavior. The renowned clinical psychologist Dr. David Shakow distinguishes four types of schizophrenic responses to diverse stimuli which accurately describe the reactions of countless democrats (like Clinton and Obama) to the characteristically bellicose behavior of Muslim leaders on the one hand, and to the occasionally pacific utterances of those leaders on the other:

A schizophrenic’s response to his false perception is maladapted to reality.

Although WHO studies have shown that the prognosis of schizophrenia is worse in the industrialized than in the Third World, no systematic attempt has been made to determine whether the moral relativism engendered by democracy in the West contributes to schizophrenia. This lacuna may be attributed to the relativism that modulates the disciplines of psychology and psychiatry, as well as to the tendency of the medical profession to trace schizophrenia to biophysical causes.

The absence of research on the possible adverse effects of moral relativism on mental health is all the more curious when one considers that psychologists include “alienation,” “anxiety,” and “loss of identity” among the symptoms of schizophrenia. These symptoms are conspicuous in secular, egalitarian societies where moral relativism thrives. Surely a loss of belief in objective moral standards has emotional and behavioral consequences, some of which may be more than mildly harmful. Indeed, many psychotherapists maintain that “belief-modification” can mitigate various schizophrenic symptoms.

But if relativism or moral egalitarianism has adverse effects on the mental health of individuals, it may also impair, imperceptibly, the rationality of their political leaders in matters of vital of national significance.

This ends the abstract from my book Demophrenia. The chapter continues with a more refined analysis of schizophrenia by the psychiatrist Professor Ignazio Matte Blanco. His analysis, which I apply to documented behavior and statements of Israel’s political leaders, clearly reveals that they are suffering from “demophrenia,” which, I show is a democratic manifestation of schizophrenia.

This pathology explains why Israeli Prime Ministers repeatedly commit the same errors regarding the Palestinians, whether led by Fatah or Hamas. Witness how often Netanyahu has engaged in counterproductive ceasefires, suicidal release of terrorists, self-destructive negotiations with terrorist leaders, self-restraint toward these terrorists – and finally a commitment to a Palestinian state!

Given this basically casual view of Islam, is it any wonder that American politicians should take a similar view of the deadliest ideology of our time? ◙

[i] My essay on Demophrenia will also be found in my more recent book An American Political Scientist in Israel (Lexington Books, 2010).

America at the crossroads