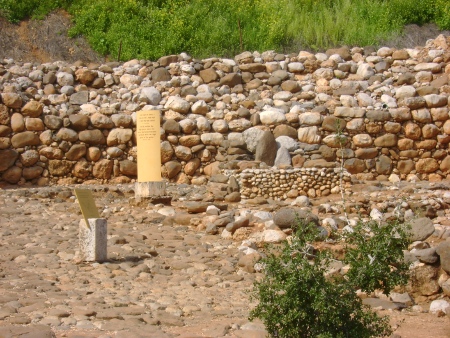 If you believe the world has gone mad, that common sense has taken an extended vacation, that 3 x 4 does not equal 4 x 3, that no behavior is good and no behavior is bad, welcome to the world of the unconscious, where the id and madness thrive.

The world of the unconscious is devoid of logic and moral values. It is a world of dreams, which transcend space and time. This is the insane world of Nihilism. We are now trapped in this world and with no end in sight.

Nihilism is today’s most compelling and destructive doctrine. This doctrine is manifested in the ubiquitous media of the democratic world. It invades every level of education. It permeates every college and university campus where the adage “I’m OK and You’re OK” flourishes.

In this most permissive and meaningless world, the painting by an orangutan named Djakarta Jim, was sneaked into an art exhibition in Kansas, and won first prize. In Sweden, art critics, deceived about the fact that a painting was by a chimpanzee, praised it as revealing “powerful” and “fastidious” talent and “the delicacy of a ballet dancer.” That said, now for a shocking revelation.

Consistent with this nihilism, Israel’s former Supreme Court president, Judge Aharon Barak, nullified a law permitting the Film Censorship Board to ban pornographic movies by ruling that nothing can actually be declared pornography, as one man’s pornography is another man’s art. Apparently, Judge Barak has never seen a Rembrandt or a Michelangelo. Barak’s type of mentality has given rise to the mindless adage, “one man’s terrorist is another man’s freedom fighter.” Indeed, it is by virtue of the crude and ubiquitous mentality manifested by Judge Barak that U.S. President Barack Obama gags on the words “Islamic terrorism.”

How shameful that a Supreme Court judge lacks the refinement to perceive no antithesis between the art of the Renaissance masters and pornography. This mentality reduces the human to the subhuman and invites the viewer to wallow in it – in muck!

Blurring distinctions that should stay clear

The antithesis of human/subhuman, like other antitheses, is passé in our morally neutral postmodern world. Even the antithesis of male and female has become obsolete via transgender toilets. How disgusting! Meanwhile, American elementary school textbooks dissolve the once charming innocence of childhood. Countless minds have become opaque.

Literacy has plunged. High school graduates can’t read their own diplomas. Students entering graduate school often need remedial reading. Pornography and “mind-expanding” drugs have savaged refined thought and imagination. Romeo and Juliet have grayed. Shakespeare has been replaced by Third World studies. As a consequence, the unconscious and the irrational increasingly encroach and becloud the intellect.

Can it be that this phenomenon underlies the futile as well as fatal policy of “territory for peace,” the policy embraced by Israel and America, two sophisticated democracies? This irrational policy, pursued for 23 years by both Labor and Likud Governments, has resulted in thousands of Jewish casualties, and with no end in sight. Is this policy nothing more than a foolish exercise in wishful thinking?

I have argued in books and articles that this policy is a manifestation of a transnational syndrome rooted in modernity’s democratic mode of thought. I designate this syndrome as “Demophrenia,” a malady that exhibits the negative symptoms of schizophrenia. The most significant of these symptoms are the following:

These schizophrenic symptoms have invaded and corrupted the otherwise intelligent mind of PM Netanyahu. They render it more difficult for him to deal with the international pressures confronting any PM of Israel. These pressures have induced his culturally rooted democratic mind to support the impossible “two-state solution” to the implacable conflict between Israel and the descendants of Muhammad. His subconscious, unrestrained by logic and moral values, has gained ascendancy. ☼

Related Topics:IsraelmoralityphilosophypoliticiansUnited Nations
Up Next