All we ever hear, from just about every pollster, every sleazy news outlet and in fact just about everyone we speak to on the street, is that the institution we call Congress as a whole is less popular than a Novacaine-free root canal. With such popularity, it would seem a good bet to not find any Congressman or US Senator ever getting re-elected. Not so much!

This may come as s surprise to some, but the average stay for District Representatives is over 24 years. The average US Senator hangs in there for just over 17 years. With the vitriol, the disgust and the anger that over 90% of the public has for the Legislators and the Debaters, how do these fine upstanding men and women manage to stay in Washington, on our dime while working against our wishes, for up to a quarter of a century?

The answer is twofold.

The institution works for its members

One; they don’t do it, the establishment does it. The candidates do as they are told and are given an easy ride to re-election. The establishment has for years downplayed the importance of Primary elections when communicating with the electorate, while doing everything in their power to get out the “Party Loyal Voters”. They understand that a smaller number of voters in the Primary equates, exponentially, to the control they have over who is on the Ballot in the General Elections. Upstart Candidates are overwhelmed by the onslaught of cash and lies. During the past 40 years less than 15% of the registered voters voted in Primaries and almost 50% of registered voters had no clue that an election had even taken place. Only a fool would believe this is just a coincidence. It is not. It is a very carefully plotted enterprise.

The institution, not its members, gets the blame

Two; the Institution is despised but the Institutors are not. While they may not be adored by their constituents, with the help of money from the establishment their names become familiar and in November, they get their levers pulled by a doting public who thinks they are being given a choice. So while the body of Congress is hated, individual perpetrators of failed policies and corrupt activity, such as Lance, Smith and Ryan, are not.

Not that every state isn’t, but New Jersey is a perfect example of the control the establishment has over the Primary process. Three very liberal and quite progressive Republican Congressmen, all Party Insiders, all representing very conservative districts, easily won their latest primaries this past June. These three gentlemen have been in Congress for a combined 64 years and if you include the 18 years Leonard Lance previously served in the NJ Assembly and Senate, that number sits comfortably at 82 years. That my good friends, represents more than 37 elections where the people have allowed the establishment to place candidates on the November ballots.

Once a candidate has proven his allegiance, not to the people but to the Party, there is statistically zero chance he will lose a Primary election. In fact of the thousands upon thousands of State Legislature, Congressional and Senatorial elections spanning the past 20 years, incumbents have been ousted much less than 1% of the time. The only real turnover comes if one of these institutors retires, dies, or begins serving a new term where the dress code involves orange jumpsuits.

For sure there have been a few wins by the people. Several years ago the Bayshore Tea Party took on a very powerful Republican establishment and helped Anna Little win a very contested but exciting Primary. Alas, it was in a very heavily gerrymandered district and the establishment Democrat won election in the fall. And of course we all remember how the smug and arrogant Eric Cantor was shown the door. So it’s for sure rare, but it can happen. 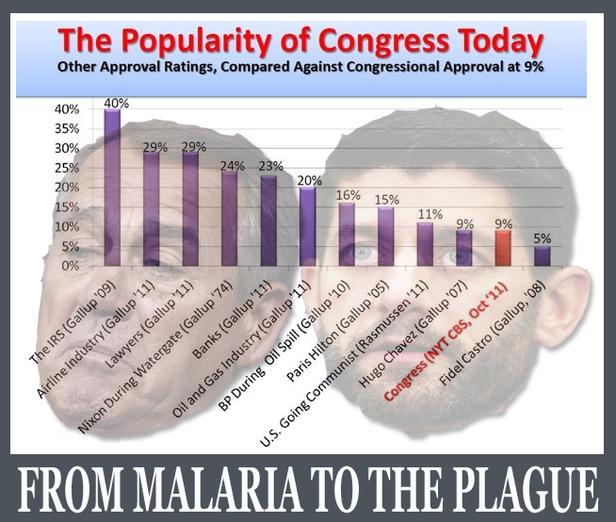 As you read this, can you imagine or think of another smug and arrogant establishment insider who needs to be“Cantored”? Is there an establishment crony, a RINO phony, who has done the bidding of the crazed and treasonous America hating Obama? Yes people, there is. His name is Paul Ryan. The Republican establishment replaced Boehner with Ryan as Speaker of the House when the public finally had had enough. That move was like curing the institution of malaria while infecting it with the black plague.

Since taking up the mantle of Speaker of the House, a position he repeatedly said he did not want (gag me, choke me), Ryan has given the Obama Administration everything it wanted. He has funded illegal immigration, added 2 trillion dollars to our national debt, and has done nothing to even pretend to stop Obama’s illegal executive orders. For sure, that hair brained Nancy Pelosi could not have done more for the Usurper than has Ryan.

Not once has Ryan brought charges against Obama for overstepping his authority and therefore theUS Constitution, but has recently threatened to take Trump to court concerning his promise to stop potential Islamic terrorists from invading this country.

Hold him to answer!

Coming up in August, Ryan must be made to answer to the people in his district. The GOP establishment anticipates no problems for him as he is being given money and support. The people however may finally be awakening to the heretofore private party called the Republican Primary. There has come, front and center, a strong conservative, a man of the people not of the Party, who is challenging RINO Ryan. His name? Paul Nehlen.

Please take some time and some of your hard earned cash and invest it in the defeat of Ryan. If Trump wins this November, Ryan will be the biggest roadblock to making this country what it should be. Anyone can donate to Paul Nehlen’s campaign. You don’t need to live in his district. Ryan’s actions effect every American citizen, let’s help Nehlen Cantorize the biggest problem facing this country.

NOTE: TPATH never asks our readers to buy anything or donate to anyone. This election is so very important we have decided to back off that pledge. Help Nehlen defeat Ryan. I will be sending him something.

RT @Terry A. Hurlbut: Hate the institution but not the institutor? #Congress #election2016 #dumpryan #tcot https://t.co/VOXfMfZk5r