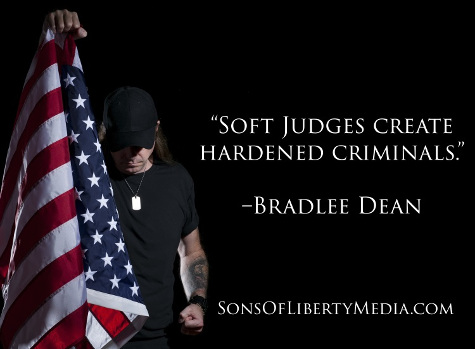 You would think with all the corruption found within the career politicians in America that it would be fairly simple to bring forth indictments and justice. Yet, Americans have appeasers (American prosecutors) who condition them, via hearing after hearing, investigation after investigation, and, in the end, no resolve when it comes to justice, only talk (Isaiah 59).

To appease means, “to bring to a state of peace, quiet, ease, calm, or contentment; pacify; soothe: to appease anger.”

So, what are the purposes and the outcome of such appeasement? It creates a nation of pacifists. Instead of prosecuting the criminals, they simply put on a show (WWE at its very worst) to appease only to say through their inactions “Just go to sleep Americans. We have got this” (Amos 5:7). Meanwhile, Americans are laughed at behind closed doors.

From “Fast and Furious” to “Benghazi,” The IRS Scandal up to the Clinton email scandals, the list of appeasement towards crime goes on and on.

How many have been prosecuted? How many indictments were delivered by the American people to those who have committed crimes against them? But the show goes on, all talk and no action.

The people do not approve

Congress has an 11% approval rating. Therefore, it is not like the American people do not know that there is something seriously wrong with them who are to serve “We the people” rather than themselves and special interest groups. But they do (Jeremiah 5:21).

Over and over, these criminal politicians remain incumbent regardless of what they do, only to commit another crime on another day. This is because justice is overlooked.

So I ask, what is the difference between those who are committing the crimes and those who are to prosecute them? The evidence shows that there is none. It seems to be the Fox guarding the chicken coop.

Corruption at the top

It all starts at the top, though they are not above the law. Just last week, Department of Injustice Attorney General Loretta Lynch stonewalled and evaded questions as she protected the Clintons. Americans let her get away with it too.

It seems like these criminals have someone standing in the gap protecting their every move and their every crime. If it were not so, then where are the indictments and where are the convictions? There are none, even when the crimes committed are clearly evident.

As long as the said favorites of the conservative and counterfeit Christians receive the approbation of the American people, I guess that it is probably not too difficult to pull the wool over the eyes of those that look no further.

Here are some examples for you to weigh out.

Jason E. Chaffetz represents Utah’s 3rd congressional district. His constituents first elected him in 2008. He is a member of the Republican Party. He  also serves as chairman of the United States House Committee on Oversight and Government Reform.

Harold Watson “Trey” Gowdy III is an American attorney, politician, and former prosecutor. He currently serves as the U.S. Representative for South Carolina’s 4th congressional district and became chairman of a House Select Committee to investigate the 2012 Benghazi attack in 2014.

Darrell Edward Issa is the Republican U.S. Representative for California’s 49th congressional district, serving since 2001 and also served as Chairman of the House Oversight and Government Reform Committee from January 2011 to January 2015.

These appeasers help create the pacifists, and Americans simply goes back to sleep and later wonder why their country is in the state in which it now is in (Ephesians 5:14). This is defined as the people playing to the dupes of ill-designing men. Furthermore, Americans are falling for it.

Manifesto for the Jewish People

The US has a larger prison population than all of Europe, including Russia . We have more people on death row than most 3rd world dictatorships . 2.2 million prisoners in the US Now , costing $50,000. Each year of incarceration! Bozo’s suggest judges are to blame ? Why not blame police , lawyers , etc . It takes incredible stupidity to suggest more prisons , more guards . The Republican Congress has given Us more guns , more killings , now , more prisons . But , it’s not their fault , oh no

Yes, Judges are to blame… European Judges who are soft, are to blame and the reason why Europe has lower incarceration of harden criminals and why Europe is in chaos and being over-run by criminals who have illegally migrated to Europe right now! And according to scripture, those who have Raped and Murdered deserve the DEATH PENALTY and ALL THESE TYPES OF CRIMINALS should be DEAD, but are alive and well, RAPING and MURDERING accordingly…Please get a clue and buy a vowel you Liberal dimwitted useful ifiot of the Marxist kind…….