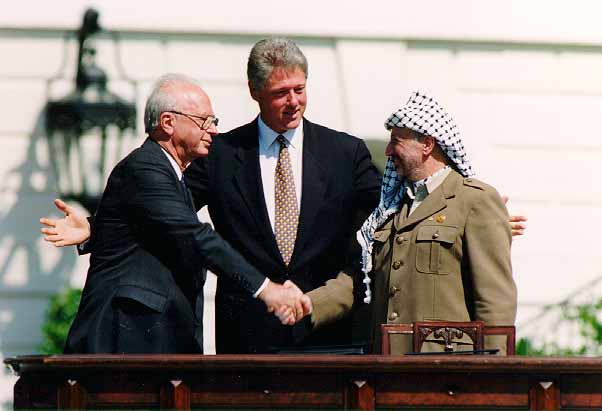 Bill Clinton, the 42nd American President, served in office from 1993 to 2001. Before then, the Arkansas native and Democrat was governor of his home state.

On December 19, 1998, the House of Representatives impeached Bill Clinton. They brought two charges, one of perjury and one of obstruction of justice. The charges stemmed from his extramarital affair with former White House Intern Monica Lewinsky and his testimony about the affair in a deposition after Paula Jones sued him for sexual harassment. The Senate acquitted him of these charges on February 12, 1999. Two other impeachment articles – a second perjury charge and a charge of abuse of power – failed in the House.

During his first term in office, President Clinton said for the record,

This may explain why this Democrat became a virtual Republican after the Republican Party gained control of both houses of Congress in the 1994 mid-term elections. Of course, to have no policy is to have no firm political principles, no moral convictions, hence no rigorous sense of honor. Does this characterize the Clinton legacy?

The real crimes of Bill Clinton

Like other Presidents, Mr. Clinton has done many misdeeds. Like President Jimmy Carter, he patronized the Palestine Liberation Organization (PLO). The PLO renamed itself the Palestinian Authority (PA) after the signing of the Israel-PLO Agreement of September 1993. This agreement, underwritten by the United States, did not alter the fact that the PA is a consortium of terrorist organization whose Charter calls for Israel’s annihilation. To this end, PA terrorists have murdered or maimed more than 15,000 Jewish men, women, and children to date.

Nevertheless, the PA has received annual grants of hundreds of millions of dollars from the United States. This makes the US a major patron of terrorism! The US has thus earned the contempt it now has among other nations, whatever be their motives.

That massive flooding now afflicts America does not surprise this observer. Nor do I express surprise that Muslim migrants, rapist and murderers are now overrunning anti-Semitic Europe. Europe, like the US, became a patron of Israel’s enemies.

Lessons from history: the Soviet Union

Let us return to Bill Clinton, however. His cozying up with the PLO was indicative of a protracted decline of American honor and moral standards. To understand this decay, let us first examine why the US refused to recognize the Soviet Union in 1917 and did not do so until 1933. Here is how Robert Lansing, Secretary of State under Woodrow Wilson, put it:

To recognize the Bolsheviks would give them an exalted idea of their own power, make them more insolent and impossible, and win their contempt, not their friendship…. As to Lenin and Trotsky I am in doubt … For national and personal honor, for truth and for the individual rights to life, liberty and property they seem to have no regard.

Bainbridge Colby succeeded Mr. Lansing as SecState. In1920 he declared:

The existing regime in Russia is based upon the negation of every principle of honor and good faith, and every usage and convention, underlying the whole structure of international law; the negation, in short, of every principle upon which it is possible to base harmonious and trustful relations, whether of nations or of individuals.

When America had principles

The American government is not prepared to barter away its principles [by recognizing the Soviet Union].

The experiences of various European Governments, which have recognized and entered into relations with the Soviet regime, have demonstrated conclusively the wisdom of the [non-recognition] policy to which the Government of the United States has consistently adhered. Recognition of the Soviet regime has not led [its leaders] to the acceptance by them of other fundamental obligations of international intercourse.

Now ponder this remark of John Spargo, a leading figure of the Socialist Party in America. In 1930 he declared:

It is futile to argue the matter; recognition of Soviet Russia [which seeks our own subversion] would be shameful self-abasement.

Diplomatic honor, then and now 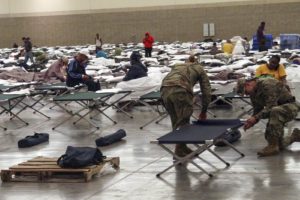 What would John Spargo say of a superpower like the US appeasing a Lilliputian gang of murderers like the Palestinian Authority? The PA is the Palestinian wing of America’s mortal enemy, the Muslim Brotherhood. A fading thug, Mahmoud Abbas, heads the PA. Mr. Abbas is an occasional guest of the Obama White House, which also hosts the Muslim Brotherhood. This confluence of terrorists in the capital of the United States makes one wonder what further natural disasters (God forbid) await America.

When we recall that President Bill Clinton consorted with the PLO, and when to this we add President Barack Obama’s embracing the cause of that Muslim-led monstrosity, let us apply to these sinister acts the words of the prophet Hosea (8-7):

They that sow the wind shall reap the whirlwind.

Hence, I believe the natural disasters now afflicting the United States are providential. Therefore one cannot dissociate them from the Bill Clinton legacy.◙

It’s an interesting premise that the Louisiana flooding of 2016 is providential judgement on the policies of Bill Clinton.

As a matter of practice, though, I am left with a few questions:

1) How do we know which disasters are providential? It seems that our choices are a) all of them, b) some of them, or c) none of them. A and C make our decisions easy once we have accepted them. B leaves us needing to go on a case-by-case basis. For example, Israel went through several years of record drought recently, but through ingenuity and hard work, the Israelis have developed some of the most advanced water-management systems in the world, and now they have a water surplus. So was that 1998-2012 drought, considered the worst in the area for over 500 years, a providential judgement on Israel or just blind chance? Were the Israeli efforts to drought-proof their country an act of defiance against G-d’s punishment?

2) Once we have determined that a disaster is providential, how do we assign responsibility to the proper individual? E.g. how do we know that a particular rainstorm is a result of the policies of Bill Clinton vs. those of Jimmy Carter vs. those of G.W. Bush vs. those of former Louisiana governor Bobby Jindal vs. those of Confederate president Jefferson Davis?

Yes he did and that’s not all.