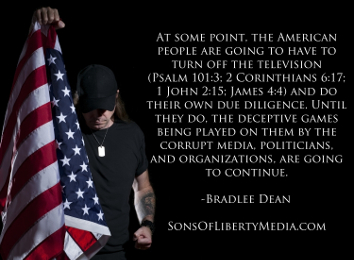 Many would rather believe a lie because truth demands a response. Now we have another example. This last week information came out that Americans suspected a body double concerning the likes of criminal Hillary Clinton. In other words, a decoy.

Of course, many came out trying to defend Hillary Clinton’s attempt to reaffirm that anybody that questions the likes of her must be a “conspiracy theorist.” It never ceases to amaze me, when it comes to the masses, that they are so easy to deceive. (2 Thessalonians 2:11).

A while back, I had opened up the topic of conspiracies theories that turned out to be conspiracy facts. The masses are conditioned that when conspiracy is used, they should expect theory behind the word and avoid that topic at all costs (Jeremiah 11:9).

When the masses wake to the fact that conspiracies are called theories by those who are covering for the ones who are responsible for them, then they can then bring about resolve (Isaiah 26:9).

DECOY, n. 1. Any thing intended to lead into a snare; any lure or allurement that deceives and misleads into evil, danger or the power of an enemy. 2. A place for catching wild fowls.

A decoy is essentially no different from the professional entertainer look-alike, who mimics famous entertainers whom he resembles. The only difference is that the look-alike presents an acknowledged artifice. The decoy must conceal his or her imposture from the “audience.”

Comedian Jim Carrey wanted to take a trip to Israel and experience the country’s famous holy sites. So he hired a body double, installed him in the King David hotel in a room booked under Carrey’s name and just had the guy stay in the room ordering hamburgers all day while the real actor enjoyed his vacation incognito. The press camped out around the hotel for four days. They got nothing and complained that “Jim Carrey came all the way to Israel and just ate hamburgers the whole time.”

Andy Warhol, Miley Cyrus, Jose Canseco, Reba McEntire, Andy Kaufman and others have done it. So why should it come as a surprise when politicians do this?

Joe R. Reeder, an undersecretary for the US Army from 1993 to 1997, has gone on record with claims that a number of figures around the world have or have had decoys. They include Manuel Noriega, Raoul Cédras, Enver Hoxha, Fidel Castro, George W. Bush, etc.

They were good. They practiced his gait, his manner of speech and his modus operandi – what he did during the day and night.

As a result, actor David Niven approached him in May 1944. Niven, then a Colonel in the Army Kinematograph Section, told James the Army wanted him to impersonate “Monty.” This would let Montgomery be somewhere else, thus confusing the Germans.

James had to learn Montgomery’s gestures, mannerisms, gait and voice and had to give up smoking.

Because James had lost his right-hand middle finger in the First World War, the Army made a realistic replacement.

The Army had to deceive even his wife. So they both kept her in the dark and sent her back to Leicester. Once he trained, his presence succeeded in confusing the Germans regarding the invasion plans.*

Adolf Hitler is known to have employed at least one double. Historians have alleged he employed as many as six. One of these men, Gustav Weler, was later knowingly executed by guards as part of a disinformation strategy. Allied forces found his corpse and initially believed it to be Hitler.

However, the British surgeon and historical writer W. Hugh Thomas reported in his 1996 book “Doppelgangers” that Gustav Weler turned up alive after the war and that Allied troops interviewed Weler following Hitler’s death.

Heinrich Himmler committed suicide in 1945. Some alleged his body to be that of his double – his decoy.

Hugh Thomas claims the man who committed suicide after his capture in Lüneburg in May 1945, was not in fact Heinrich Himmler.

He bases that claim on some physical discrepancies, including the apparent lack of a dueling scar on the corpse. Himmler was known to have a “Y”-shaped scar on his left cheek, left by an epee; the corpse had none. Thomas claims the substitution was deliberate, to throw the Allies off Himmler’s scent. Historians know that British intelligence agents, including Kim Philby, did not believe the Lüneburg prisoner was Himmler.

Soviet dictator Joseph Stalin is alleged to have had a double, identified only as “Rashid”. Officials at the KGB allegedly learned that Rashid was a “double” for Stalin. So they employed him to replace Stalin for some public functions after World War II. Rashid spent two years studying with Alexei Dikiy, an actor who played the role of Stalin in propaganda films. Rashid claimed there were other Stalin lookalikes in the employ of the KGB, although he never met any. He claimed to have heard of another Stalin double who was hired to live in the dictator’s dacha outside of Moscow in the late 1940s and 1950s when Stalin was dying. This double filled in for Stalin for media events and at times when Stalin had to meet government functionaries and others. Rashid died in 1991, aged 93.

In 2008, another one of Stalin’s doubles, Felix Dadaev, came forward, having written a book about his adventures as a political decoy. The Putin government gave him permission to tell his story at age 88. He appeared in a 2014 documentary about Stalin’s last days on German television.

Henry Kissinger, Boris Yeltsin, Saddam Hussein, and others did the same.

At some point, the American people are going to have to turn off the television (Psalm 101:3; 2 Corinthians 6:17; 1 John 2:15; James 4:4) and do their own due diligence. Until they do, the deceptive games being played on them by the corrupt media, politicians, and organizations, are going to continue.

*Editor’s Note: This impersonation formed the basis of the service comedy On the Double. (Director: Melville Shavelson. With Danny Kaye, Dana Wynter, and Wilfrid Hyde-White. Paramount Pictures, 1961.) In it, a soldier impersonated a general as a lark. The general then ordered the soldier to go on impersonating him. He did this after the Nazis twice sent spies to kill him. The decoy then continued the imposture after a third spy did kill the general.