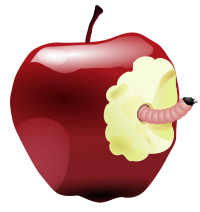 The phenomenon of college professors inciting students to vehemently and violently protest against Mr. Donald Trump’s election as President of the United States should be understood as a manifestation of juvenile delinquency!

Truth be told, these professors are half-educated academics. They have been stupefied by the university-bred doctrine of multicultural moral relativism. This doctrine purveys nihilism, a denial of the existence of Truth. Nihilism denies the power of human reason, hence of man’s God-given capacity, to distinguish between good and evil.

This Nihilism has corrupted the minds of one generation after another of American college students since the end of the First World War. Although America won this European-inspired war on the battlefield, European philosophy defeated America on the campus. The skepticism of England’s philosopher David Hume, and the historical relativism of Germany’s philosophers Hegel and Marx, took American colleges and universities by storm.

European philosophy blitzed America by obliterating America’s primary intellectual and moral foundations, whose American bedrock was the Declaration of Independence. This foundational document embodied, and preserved for the American people, a concept known as “the Laws of Nature and of Nature’s God,” a concept rooted in the Creation Narrative of the Book of Genesis, which was undermined by Darwin’s doctrine of biological Evolution.

This degraded form of Liberalism has utterly corrupted college youth. For this corruption we may thank half-educated American professors. These academics have taken civilization for granted. They are oblivious of how many centuries were required for thoughtful and virtuous men to overcome centuries of pagan polytheism.

Countless Liberals of the academic elite have taken civilization for granted, which means they have taken decency for granted. While the elites of Liberal Democracy exalt freedom and equality, they are oblivious of the demonstrable truth that freedom and equality without rational and moral constraints cannot but lead to barbarism or neo-paganism. These constraints (as was known by America’s Founding Fathers) are nothing other than the Noahide Laws of morality embodied in the Book of Genesis.

Neo-paganism is manifested today not only by Muslim terrorists who behead “infidels” or burn them alive. Neo-paganism lurks in the hostile passions and prejudices of half-educated college youth who believe that by protesting against the presidential election of Donald Trump, they are upholding Democracy, when in fact they are displaying contempt for the rule of law without which Democracy degenerates into anarchy.

Unfortunately, not a single 2016 presidential candidate, not even the erudite professor Newt Gingrich, possessed the wherewithal to denounce the corrosive impact of moral relativism, a doctrine that has been propagated by America’s academic elite for several decades. Sadly, notwithstanding his merits, President-elect Donald Trump is not intellectually well-fitted to combat that sinister doctrine without arousing fools and scoundrels in the academic and electronic media to denounce him as a proponent of “absolutism” and “McCarthyism.”

The Church cannot fight it

It should also be noted that relativism has flourished in America despite the influence of Christianity. Indeed, the hundred denominations of Protestant Christianity encourage relativism. So, too, does the Catholic Church, which, apart from its logically untenable and sinister doctrine of “Replacement Theology,” has sullied itself by supporting independent statehood for the pagan Palestinian Authority, a device used to undermine Israel and Jewish possession of Jerusalem. Even the Vatican fosters atheism via the moral equivalency implied in its politically neutral attitude toward the Israel-Palestinian conflict!

Small wonder the evangelical atheism current in America and promoted via moral relativism will not be overcome by the established churches of Protestant and Catholic Christianity. They are more concerned about the rebirth of Israel, that is, about the intellectual threat Judaism poses to Christian theology, for example, by the compatibility of Judaism with scientific cosmology.

This compatibility, to begin with, was confirmed recently by a team of scientists headed by astronomer John M. Kovac of the Harvard-Smithsonian Center for Astrophysics. Dr. Kovac announced on March 17, 2014 that his team of astrophysicists had found the evidence it was seeking to support the theory that the universe did indeed have a beginning. Of course, this finding, as mentioned, is only a beginning; but it’s the beginning of a worldwide intellectual revolution anticipated by the Sages of Israel.

From juvenile delinquency to moral redemption?

That said, can it be that the presidential victory of Mr. Donald Trump, whose election has disconcerted America’s unknown but silently subversive academic establishment, has so rattled the eggheads of this intellectual clique as to prompt them and their students to descend to juvenile delinquency – can it be, I ask, that this election of an uncouth and unlearned “outsider” heralds a step toward America’s redemption?☼

Illegal ‘Citizens’ that contribute to America?

I live in Oregon and Portland is out of control .

You hit the nail on the head. All the bad things they proclaimed TRUMP stood for are the very things they are doing. I read the snake story that TRUMP has,,,,,,you should look it up and read it. It describes these lawbreakers to a T.