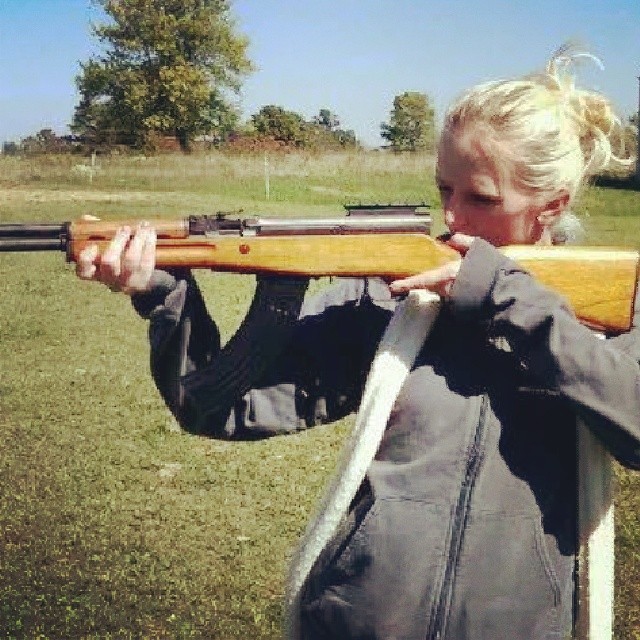 Hey, everybody. Lieutenant Columbo, back with more information that bothers me about the Alexandria shooting. You know, the one where Rep. Steve Scalise (R-Jefferson, La.) took a bullet in the hip. He almost bled out, by the way. But he’s getting better. His Twitter feed shows the wonderful level of support he’s enjoyed since this happened.

Now you remember my telling you all the things wrong with this case? Let’s recap. The newsies have put together a narrative everybody can believe in—except me. James T. Hodgkinson had it in for conservatives. He was on Facebook (say, how’re we doing with a subpoena for his page?). He also founded or joined a bunch of groups with wacky names. They had one thing in common. Everything wrong with this country, they traced to Republicans in general, and President Trump in particular.

So finally he gets an automatic rifle—an SKS 7.62-mm. (CNN describes the weapon, and also talks about the 9mm pistol nobody knows whether he fired.) Senator Paul said it sounded like an AR-15, but he didn’t really see the gun. The SKS dates back to the old Soviet Union. In fact they used those rifles during World War Two. Kalashnikov’s Model 47, the one with the pistol grips, replaced it. According to this review, they’re cheap, and effective at 150 yards or closer. Hodgkinson would have had little trouble getting ammunition for it, either.

So all right—he could easily get that kind of weapon, and the ammo. But why did he waste so much ammo at the shooting? He fired fifty to sixty rounds in ten minutes.

And for all that, he hit only Mr. Scalise, two bodyguards, and aide, and one other person.

From The Daily Caller we now know the shooter had a kill list on his body. The DC article lists the names of Representatives Mo Brooks (R-Ala.), Jeff Duncan (R-S.C.), Trent Franks (R-Ark.), Jim Jordan (R-Ohio), Scott Desjarlais (R-Tenn.), and Morgan Griffith (R-Va.). The articles does not tell us whether the name of Rep. Scalise was on the list or not.

Did Hodgkinson carry that list as a blind? Did he compose it himself, or write while somebody dictated it? No one but me even wants to think about that. Maybe they should. Because the names on that list have something else in common beyond their party affiliation.

You’ll also remember I talked about who else, besides Hodgkinson, had a motive to shoot Scalise. I also said: to find a murderer or would-be murderer, investigate his target. Find out what the target was working on at the time of the shooting, find out who shot him. Cops do it all the time—except in this case. Why not?

By now I’m sure you already wonder: what kind of investigation did Steve Scalise have going? The answer will make you sick. In fact, you might want to have the little kids out of the room right now. Some things can really upset a kid.

Steve Scalise was working on human trafficking—how much of it goes on, how high does it reach, and how to stop it.

The House is taking strong action to protect victims of #HumanTrafficking and to bring child predators to justice. pic.twitter.com/kWQjVqLckc

And the other guys whose names show up on that kill list, also tried to stop human trafficking.

So how does this fit with the shooting? This part will make you really sick. Human trafficking reaches to the highest levels in our government. I have reason to believe a lot of congressmen and Senators get their jollies from abusing little kids. It would explain many things. If you thought, for instance, that Donald Trump catches a lot of flak for his politics, you’re right. But how does he stand out from any old-line conservative? Maybe when he says he will do a thing, he does it. Sometimes he does it before he talks about it. Even that shouldn’t explain all the rhetorical acid the mainstream media always throw in his face. That is, until you remember: President Trump speaks out against human trafficking, too. And as in many other contexts, he doesn’t just talk. He acts.

How the shooting went down

Does that explain completely why Hodgkinson hit Steve Scalise and no one else? Well, some others on that kill list did go to that baseball practice. Mr. Duncan remembers telling Hodgkinson yes, the practice field had Republicans at it that day. He then left. Brooks did not leave. Why didn’t Hodgkinson hit him?

I think it went down like this. Hodgkinson showed up with that Soviet-era rifle. Whoever set this up, told him to confirm he would find Republicans on that field. The real sniper likely listened in, over super-sensitive microphones. So first the sniper dropped Scalise. Then something went wrong. The sniper didn’t drop everyone on Scalise’ security detail. Seeing two of their buddies go down, they shot back. Hodgkinson panicked and began shooting at nothing. And maybe the real sniper heard a voice in his ear: “Abort! Abort! Abort!” So he scrammed. Nobody looked for him, so he got away easily—and clean. Back at the field, Hodgkinson let the Capitol Cops corner him. And then somebody took him down so he would never flap his gums again. Dead men, as we all know in this business, tell no tales.

How to settle the question

Am I crazy to think this way? Maybe a cop must be crazy sometimes. But we can settle this easily, if we really work at it. Someone needs to file a Freedom of Information Act request for the ballistics report on the bullets that:

If those two sets of bullets each came from a different gun, you’ll know I’m right.

Furthermore, given the sorry record of Director James Comey at the FBI, I would take this out of the FBI’s hands. Someone needs to send those bullets to an independent laboratory.

We need to settle this fast. Because whoever tried to take Scalise out, will likely try again.