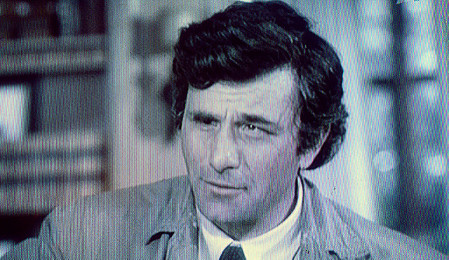 Hello, everybody. Lieutenant Columbo here1. Yes, I know: my raincoat has seen better days, and maybe I smoke too many cigars. And I’m sure you can smell my oil-burning Peugeot a mile away. What can I say? It gets me where I want to go, when I want to go there. But I didn’t come here to talk about my raincoat, my cigars, or my car. I came to talk about the shooting incident at the baseball field, where Congressman [Steven] Scalise [(Republican from Louisiana)] took a bullet to the hip. Poor guy. He’s still “critical,” even after he’s had one operation—and he’s going to need more.

I’m not a doctor. I’m a cop. So my job is not to patch somebody up, but to find out what landed him in the hospital to begin with. And sometimes that goes beyond “who shot him.” We already know who shot him.

His name was James T. Hodgkinson. I see Facebook already took down his page. (Memo to squad: get the DA—no, the AUSA—to get a subpoena for that page.) The newsies are full of his anger, his failures, his support for Bernie Sanders, the whole nine yards. CSI tells me this guy brought a semiautomatic rifle to the scene. Senator Rand Paul (R-Ky.) thinks it could have been an AR-15 or something like that. And here’s an odd thing. This guy got off fifty to sixty rounds, for ten minutes, before the Capital Cops dropped him. And he missed everybody except Congressman Scalise, two of the Capitol Cops, and one of Scalise’ aides. He even had time to reload before the Capitol Police returned fire. (Play the video for yourself. The Senator is one of the best witnesses a cop could ask for.)

Now—well, it bothers me. A guy gets off fifty or sixty rounds in ten minutes, and hits only four people. One of them happens to be a high-profile target. The others were in the way. This starts to remind me of my Army days.2 We had an expression for that kind of thing: “suppressive fire.” Again, I can’t ask the shooter, because he’s dead. But it really does sound like suppressive fire. He laid this down while he—or maybe somebody else we haven’t caught yet—took out the real target. Besides, how does a big liberal like Hodgkinson know where to get an AR-15? Did he really get it (illegally) in Illinois and bring it all the way to Virginia? Or did he buy it locally—and who told him where he could get a gun like that?

Now about those Capitol Cops. I don’t like to go around telling fellow cops how to do their business. But all the same, why aren’t they investigating this properly? Do they really think, because their dead suspect fired all those other shots, they can close the case? I’ve already shown you: the guy went to that baseball field meaning to kill Congressman Scalise. You don’t fire fifty to sixty rounds from an AR-15 over ten minutes and hit only four people. If not for those fifty to sixty other rounds, you’d do what any cop does when investigating a murder. You’d investigate the dead man. Now in this case the guy will survive. (We hope!) But you still investigate him. Learn about his life, find out who might want to kill him, and go from there.

But what about those fifty to sixty shots in ten minutes? Window dressing. Or, as we used to say in the Army, suppressive fire. We might also be dealing with something else: a false-flag pseudo-op. When you want your enemies to turn against each other, you pretend to be one enemy and attack the other. We used to do it all the time, especially in the European theater. So did the Russians, the Japanese, the Germans, and the Italians. It doesn’t have to work forever. If it works just long enough, you’ve done what you wanted.

So how would that work in this case? Well, start with Hodgkinson being on Facebook, until Zuckerberg’s boys took his page down. Anybody could have contacted him by instant messenger and set up a meet. Maybe whoever did that, got the gun. Of course they knew he was a terrible shot. So they showed up themselves, also carrying AR-15’s. And while he was laying down the suppressive fire, they fired the shots that counted.

(And I didn’t think of that one. A good writer named Adam Kennedy did. He persuaded Sir Lew Grade’s ITC company to make a film in 1977. They called it The Domino Principle.

Gene Hackman, Candice Bergen, and Richard Widmark appeared in it. A good film—you ought to see it. While you’re at it, go see another ITC film on the same kind of theme: Capricorn One.)

More motives than one

Why might they have done it? Well, let’s look into Steven Scalise’ work and find out! Start with the enemies he made—the particular, up close and personal enemies. How about that Hungarian arbitrageur, George Soros? He’d have more resources for a job like this than anyone. But others might have some stronger reasons. The Republican Establishment have been acting a little strange lately. Maybe somebody decided Scalise was going to blow the whistle on them. Maybe Speaker Paul Ryan said to himself, “That guy Scalise will come after my job!” What was Scalise working on at the time of the shooting? Maybe he’d uncovered a secret so sensitive, so disgusting, that somebody was going down. Hard. So he thought he’d take out Scalise first.

Would Scalise’ married life shed any light on this shooting? I thought about it, but I doubt it. We have no way of knowing whether the Scalise marriage was blissful, so-so, or on the rocks. Now suppose, just for the sake of argument, his marriage was on the rocks? (We have no whiff of that, by the way.) When a wife catches her husband cheating on him, she doesn’t go to all this trouble. She’d want to do the job herself. So would a crazy dame who takes a shine to him and won’t take “No” for an answer. And they wouldn’t want even to risk killing innocent bystanders. So we can probably rule out that kind of suspect.

So what do we have? Can we really chalk this up to a crazy leftist activist who decided he was tired of talk and wanted to take action? If we’re going to do that, we’d have to surveil or even arrest half the people on Facebook. I think everybody knows we don’t have to do that. No—somebody marked Steve Scalise for death, and set up a crazy leftist activist to take the fall. They didn’t care whom else Hodgkinson might hurt—and of course, bad shot that he was, he didn’t hurt anybody else.

Only one thing went wrong: Congressman Scalise made it to the hospital. But he’s still “critical.” If I had anything to say about it, I’d have him under double guard—in case whoever set this up, wants to try something else….

1Your editor wishes to apologize at once to Richard Levinson, William Link, and NBC Universal, Inc.

2Who says Columbo didn’t fight in World War Two? Peter Falk was about the right age for that when he made the Columbo “NBC Mystery Movies.”